January 19, 2010 – ESPN, America’s largest sports television network, is in talks with Microsoft regarding streaming live sports events on the Xbox 360. The news, which came from unidentified sources speaking to The New York Times, reflects a growing trend amongst Microsoft, Sony and Nintendo, the major console manufacturers, to make their gaming machines a viable home entertainment system spanning numerous mediums.

In 2008, Microsoft was the first company to bring Netflix to their console, allowing Netflix subscribers to stream movies on their TV using their Xbox 360 systems. In 2009, Sony also employed the use of Netflix, and last week, Nintendo announced that they would be bringing Netflix to the Wii as well. In addition to streaming the latest movies via Netflix, Microsoft also allows users to download the latest movies and TV shows to their Xbox 360 hard drives and also employs the connectivity of their Xbox Live service to hook people up to Facebook and Twitter.

A recent survey by the consulting firm Deloitte found that 60 percent of American homes have consoles, up from 44 percent just three years earlier. The survey suggests that there are millions of homes with consoles that equate to millions of potential customers who might want to make their console an all-purpose machine that is able to stream video, play games, connect with friends, and watch TV.

In fact, according to the New York Times, “Executives at Microsoft are fond of saying that its subscription gaming service, Xbox Live, should be thought of as a cable channel.” The potential to make money off of exclusive deals with broadcasters and ventures such as Netflix is vast, and growing. Each month in the US, millions of consoles are bought by consumers.

ESPN regularly broadcasts the NFL, College Football, Basketball, Baseball, Soccer and Lacrosse. It’s online, ESPN 360 service allows users to stream sporting events on their computers, and in the near future, it seems that Xbox Live subscribers will be able to quit playing Modern Warfare 2 to stream the Gettysburg versus Cortland national championship game. 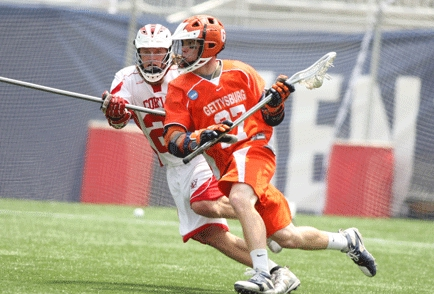