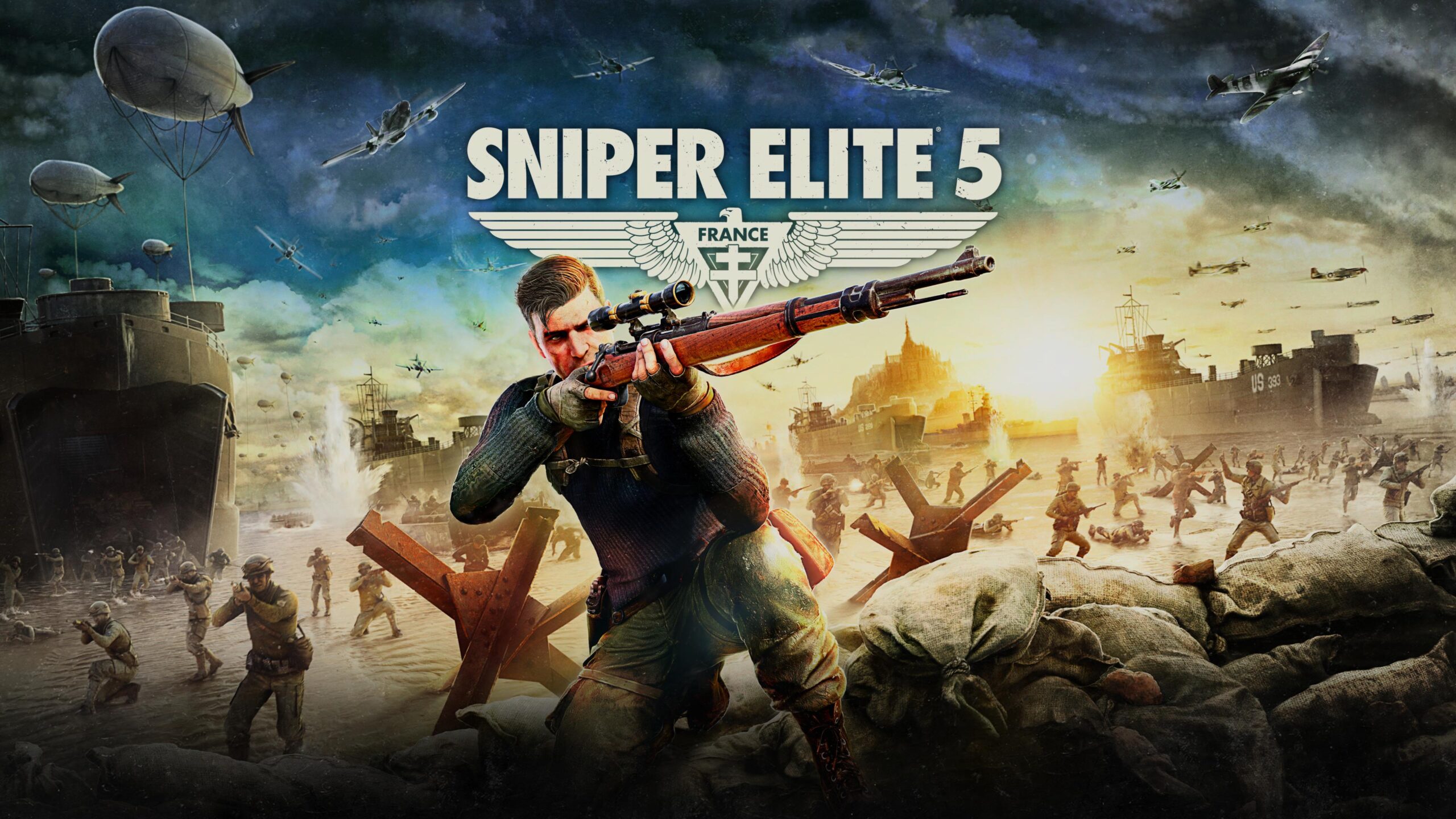 The worldwide release of developer Rebellion’s Sniper Elite 5 is rapidly approaching and we have spent the last five days sneaking our way through WWII France (and other places). Does the game live up to the hype, or should you just sneak right past this one?

The Sniper Elite franchise made its debut back in 2005 and has since sold over twenty million copies amongst its various sequels and remasters. It has been arguably one of the best combat/stealth sniping games on the market, and has always done an excellent job of mixing up its gameplay by allowing the player to choose their own style of action. You could stealthily take on each mission, killing the enemy or just disabling them all from the shadows or high grass, or you could choose to go in like Rambo, as loud as you want to be, building up your body count as you progressed, taking out any and all soldiers in your way. You could even mix and match, trying out each different style from one encounter to the next. Sniper Elite 5 proudly carries on this tradition. 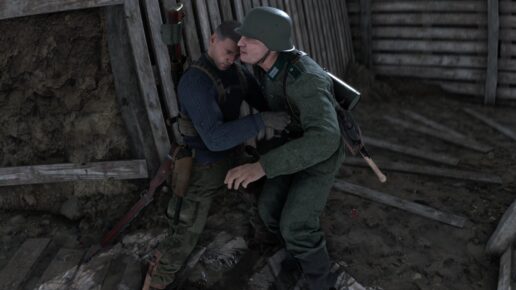 Sniper Elite 5 picks up in 1944, not too long after our hero Karl Fairburne, an elite sniper from the Allied Powers, has finished his business in Africa and Italy, and is now tasked with taking down a top secret Nazi program called “The Kraken” in occupied France. Each chapter has a main mission, but by eavesdropping on certain soldiers’ conversations, or by finding hidden intel, you’ll also be given several optional missions that will help defeat the Nazis and/or assist the Allied forces in their upcoming invasion. Each chapter has a large, open world map, with no linear path required of you to take, and missions can be completed in any order. It’s exactly how a Sniper Elite game should be.

In Sniper Elite 5 how you choose to play is entirely up to you. there are no time limits or restrictions, so if you want to spend several hours working through one chapter, completing all tasks, finding all the intel, and maybe killing all the Nazis, you can. Stealth kills have an added bonus with this release: Kill Cams are now included! Sneaking up on a Nazi and stabbing them in the heart has a whole new meaning when you get to actually see the x-ray of the knife slicing through the aorta, or stabbing a guy in his medulla oblongata and seeing the knife penetrate his skull cavity. These scenes may not be for the faint of heart or the kiddos, but the game is Rated M for a reason.

A wide variety of sniper rifles, handguns, and SMG’s are available for your gunplay, each with a bunch of unlockable customizations that can be had by finding work benches that are spread out amongst the many chapters. Customizations can make a weapon more powerful, easier to use, or quieter, and your play style should determine how you build your weapons. Each Nazi you take out will drop their weapons as well, and you’ll be able to pick them up as needed. Some can be scavenged for ammo while others can be used to take down tanks. There are even mounted weapons you can mount, if you find yourself in a tough spot and need to take out a bunch of guys real quick. Keep in mind that the AI isn’t stupid, and will flank your position. Keep an eye on that mini map or you may end up with a bullet in your back.

Before each campaign mission, you’ll be able to use one of four customizable load outs. We went through each one and built it for differing types of gameplay. While you can’t change the names, we were able to build them up starting with full stealth for Alpha, and then full Rambo for the last loadout, Delta. Loadouts Bravo and Charlie were variations between the two. There are a large number of weapons to choose from, and you can unlock more by completing different kill challenges within each chapter. Just sniping a guy in his head is pretty easy, but for a real challenge try dropping a chandelier on his head, or killing him with a V2 rocket. Not only is that cool, you’ll also unlock a new rifle for your troubles

One of the great things about the Sniper Elite series has always been that the difficulty ranges from really easy, all the way up to damn near impossible. Sniper Elite 5 takes difficulty settings to a whole new level, with advanced difficulty customizations that lets you change almost every setting individually. 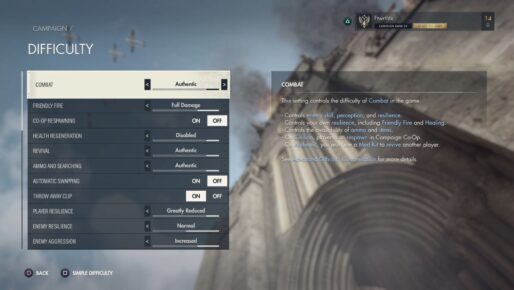 For those that want to play through the campaign with a friend, you can play the entire campaign in co-op mode, and some of the difficulty settings are just for that mode. Things like friendly fire or revives, take the experience to the next level and add a layer of difficulty we weren’t expecting. You can choose to both be shooters, or take turns as a spotter with your binoculars. This makes playing on Authentic difficulty a little more manageable as one player can get the range while the other adjusts accordingly. 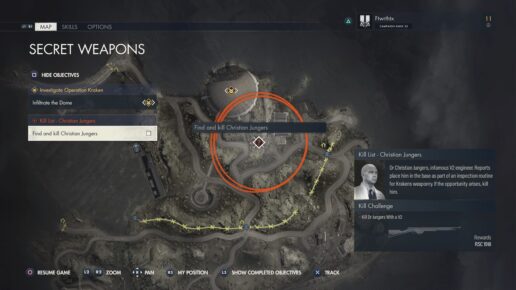 One of our favorite aspects of Sniper Elite 5 has to be the wide open level design for each map. Going from point A to point B never has to be a straight line, and you can even avoid large groups of soldiers if you don’t wanna engage them. Most areas will allow for you to make a wide enough berth that they will never see you, allowing you to move on to point B unhindered. You could just take them out if you want to spend the time, but you don’t have to.

The overall level design is impressive, with enough detail to the foliage to allow you to blend in enough to hide, but the overall graphic design of characters does leave room for improvement. We played through the game on both the PS4 and the PS5, and the PS5 does look a little better. The main difference between the two consoles is the load time. The game loads really fast on the PS5, but slower on the older console. The game played great on both, and don’t fret if you haven’t been able to acquire the next gen of consoles, as the game is just as enjoyable on both. 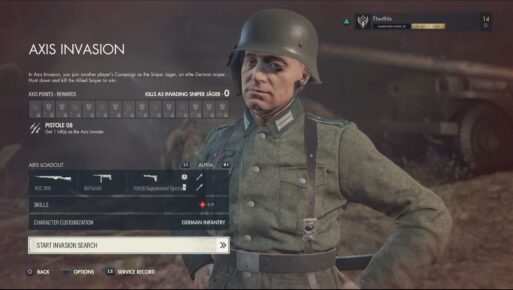 Sniper Elite 5 brings with it the ability to sneak into someone else’s campaign playthrough, and hunt them down like a dog. Playing as an elite German sniper, you’ll invade another player and try to kill them before they can kill you. If other German soldiers spot the player, you’ll be notified as to their location, and can proceed to take them out. It’s an interesting twist to the campaign that adds a layer of PVP that can be turned off if you don’t want to have to worry about it.

There several other multiplayer modes available and include a survival mode, a free-for-all death match, a team deathmatch, a squad deathmatch, and a mode called No Cross. While most modes are self explanatory, No Cross is a little different. Players are split into two teams and a barrier is placed across the map separating the teams. It is a team based sniping match that will require decently long shots in order to take out the enemy. It’s a must have mode for any decent sniping game and can really test your sniping skills.

Developer Rebellion’s Sniper Elite franchise has always done an incredible job of creating a sniping environment that not only sets the table for the action, but also allows you to choose wisely the path you’ll take. Sniper Elite 5 follows that same formula, and adds quite a few bells and whistles to enhance the gameplay, and the revamped kill cam system really takes the game to the next level.

Sniper Elite 5 review code provided by publisher and played on a PS4 and PS5. For more information on scoring, please read What our review scores really mean.