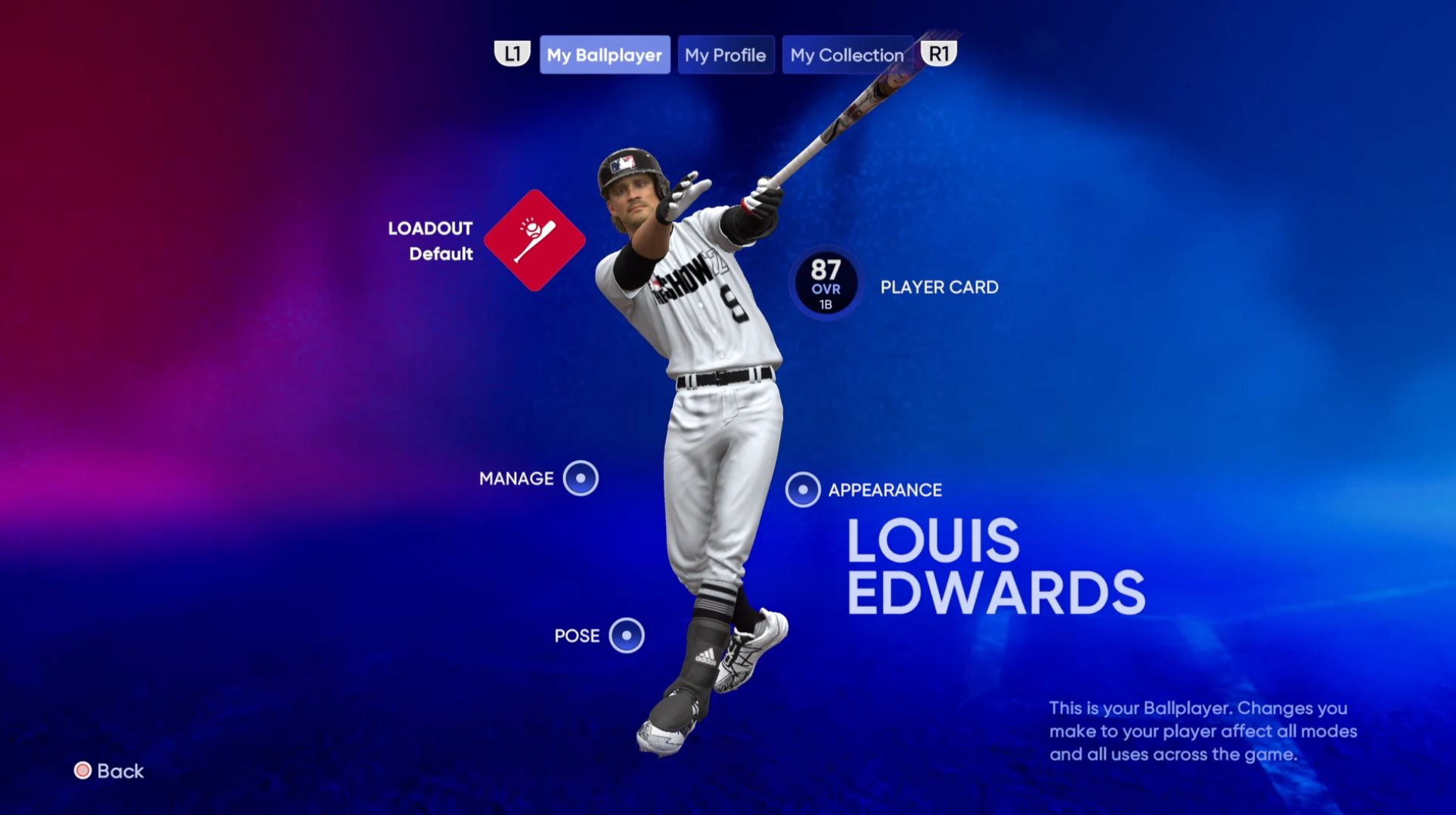 Major League Baseball avoided an extended delay to the season by reaching a new CBA, and now both the MLB and MLB The Show 22 are in full swing. Is this year’s edition worth the upgrade, or should you leave this one in the dugout?

The MLB: The Show franchise has been around officially since 2006, but its roots go all the way back to 1998. Early in its run it had to compete against the MLB2K franchise, but since 2014 it has been the only console MLB game on the market. With developer San Diego Studios being a Sony partner, folks playing anything other than a PlayStation could only watch their friends play this awesome franchise. With MLB: The Show 21, XBOX players were allowed to lace up their cleats, grab a rosin bag, or step into the batters box as the game had went multi-platform. With MLB: The Show 22, Nintendo Switch owners get to join the fray, and cross play across all platforms is enabled. 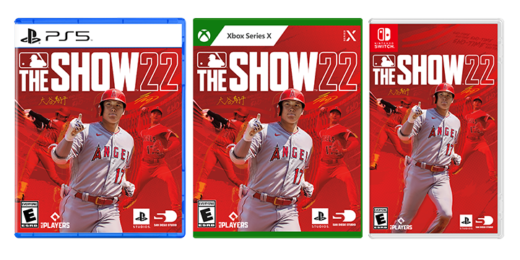 With MLB The Show 22 we have to say goodbye to the long time voices of the broadcast booth and welcome Jon ‘Boog’ Sciambi and Chris Singleton as the new play-by-play and color commentary voices. Matt Vasgersian had been the main voice of the franchise for sixteen years, and the game seems odd without him. Dan Plesac, Mark DeRosa, and Heidi Watney are also gone, but they hadn’t been around near as long as Matty V, and we miss him. While his voice never affected the gameplay, he had always been a constant presence and should at least get a shoutout for his contributions over the years. 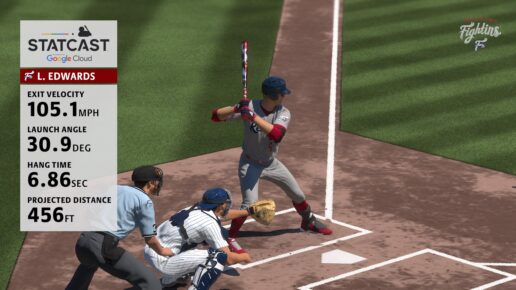 What’s New in Road to the Show

Last year’s release introduced us to Archetypes for our Road to the Show Ballplayer, and those have returned, but now you can have up to ten unique ballplayers created and saved, each with their own Archetypes and load outs. Archetypes start out as bronze, and as you play through your RTTS character’s career, you’ll complete tasks like stealing bases, or getting extra base hits to earn points that will work towards unlocking Silver, Gold, and Diamond archetypes and perks. It’s the same basic system as last year, but you can only max out one archetype per ballplayer this year. This makes the XP grind a little harder but we are OK with that. These ballplayers can also be used online in Diamond Dynasty, so having multiple position players to choose from is a plus, even though you can only use one at a time.

March to October and Franchise

The biggest change to the March to October mode is you can now continue your franchise on to multiple seasons. The one-and-done model, while fun, forced you to either start over, or carry your built team into franchise mode. Now, you can carry your MTO team forward to another MTO season, which may make you rethink how you use the trading system. Before we would fleece our farm system to get some big names from other teams to really stack our line-up, but if you are looking to make your MTO last four or five seasons, that might not be a good idea anymore. This gives this mode a much more realistic feel and we are glad they changed it up. 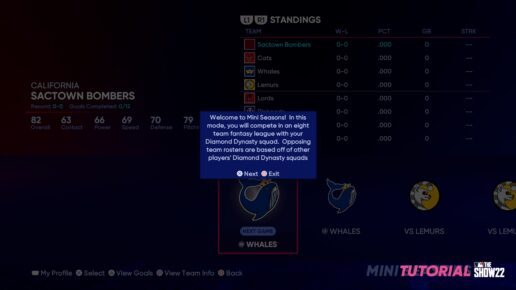 Diamond Dynasty, the card based, team building mode for MLB The Show 22, makes its triumphant return and this is probably where most gamers will spend their time. Building a team will require you to earn packs full of cards or work towards program rewards to unlock even better cards. Once you have a decent team assembled, there’s a new mode called Mini Seasons that can earn you even more rewards this year. The mode had some issues early on, but the developer seems to have the bugs worked out of it now. A mini season will have you facing off against seven other teams in a short 22 game season, with games limited to 3 innings. The other teams are actual online rosters that others have built and will require you to mange your pitching rotation like a real world team, as your pitcher’s energy will wear down. This is a fun mode and a great addition to the game. 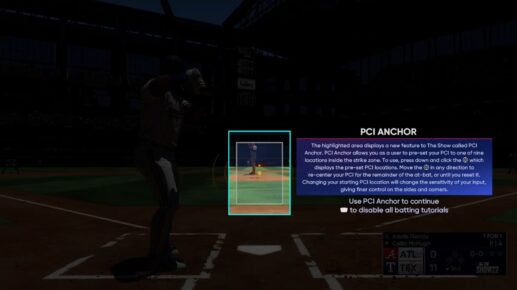 One of the new gameplay features this year is called the PCI anchor. This allows you to set your sights on a specific zone, and lock in your starting PCI to one of nine spots. This makes it much easier of you know the current pitcher is staying inside or going away depending on the defensive placement, and allows you to get to that pitch quicker, if your educated guess was correct. Most online users use the PCI for more accurate batting, and this will enhance the experience for those that do. It’s another example of the developer trying new things, and being successful at it. 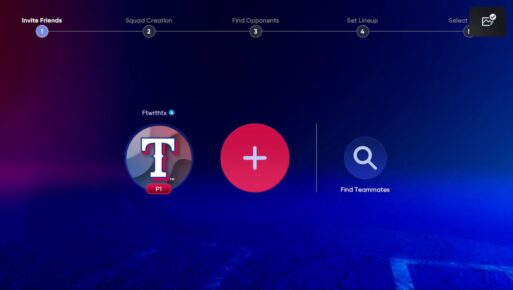 Another new mode this year is co-op games. Theoretically you can find a friend or two, build your squad, and then team up to take on other gamers online. This is an exciting concept, but we’ve had constant issues trying to get it to work properly. Even when we do get connected, the game has a tendency to freeze or crash, making this mode pretty much unplayable for us. We are hoping that they’ll get the bugs worked out of this mode much like they did mini seasons.

MLB The Show 22 Review – The Conclusion

San Diego Studios continues to push the baseball envelope and has a done a great job evolving the series into a yearly behemoth of a game. the additions to march to October, the mini seasons, and the Road to the Show changes continue to impress us and makes the game worthy of a new purchase.

MLB The Show 22 review code provided by publisher and played on a PS4 and PS5. For more information on scoring, please read What our review scores really mean.