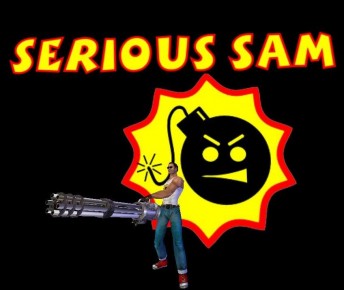 Way back in 1993, a group of childhood friends from Croatia started a small, independent game studio aptly named Croteam. What started as a tech demo for their programming and design prowess eventually turned into an indie shooter phenomenon upon the release of the first game – Serious Sam: The First Encounter.

From there the Serious Sam legacy has grown to include games on nearly every imaginable platform and a global fan base of serious fans dedicated to the over-the-top action and not-so-serious tone that have become the trademarks of the series. Meanwhile, that same group of childhood friends remains the core of Croteam, still just a handful of dedicated folks, as they continue to take the Serious Sam saga into new and exciting directions.

Today Croteam, Devolver Digital, and the fine folks at Humble Bundle have announced a partnership to create the Serious Sam Humble Weekly Sale! For one week, you can pay what you want to receive a whole slew of Serious Sam games from over the years and help contribute to the production of Croteam’s next project – Serious Sam 4!

The bundle includes all sorts of Serious Sam goodies including everything from Serious Sam 3: BFE to the original Serious Sam Public Test 2 – one of Croteam’s first releases of Serious Sam prior to the official release. Click on the widget below and spread the word!