The creators of Warhawk bring us another third person shooter. Did Dylan Jobe and Lightbox Interactive create a successful sequel, or should this title be lost in space?

Incognito software released Warhawk back in 2007 to decent reviews. While it was a multiplayer only game, it still went a long ways in creating a great overall experience. Developer Lightbox Interactive was born in 2009 with Dylan Jobe coming over as president from Incognito. SCEA Santa Monica Studio has partnered with them and have developed their latest release Starhawk. 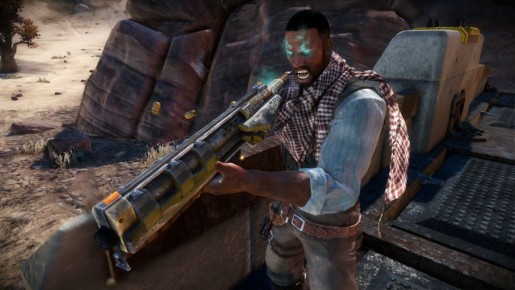 The first thing you’ll notice with Starhawk is that it’s not multiplayer only. Instead of a couple of simple tutorial levels, you are given a full on campaign mode, as well as 5 co-op levels. While not all that lengthy, it’s still worth the 5-6 hours you’ll need to play through it.

The Starhawk universe is set in the distant future, out in the far reaches of space where factions battle over a rare and dangerous resource known as Rift Energy.  In this galaxy, colonies of humans, called Rifters, explore a scattering of planets, known as the Frontier, in attempt to mine this energy to make an honest living, but find their way of life threatened by the Outcast, a ruthless species of humans who have mutated into psychotic monsters due to exposure to this very same Rift Energy.

Caught in the middle is Emmett Graves, a hired gunslinger ostracized from society because of his own exposure to Rift Energy, leaving him partially mutated, but still able to retain his humanity.  Always around, and mostly always orbiting above you, is your ally in space Sidney Cutter. The story plays out almost like an old west style movie, with the exception of alien worlds and space travel. 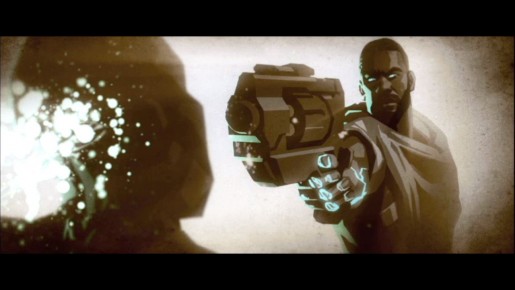 The story is well written and easy to follow. It is told through cut scenes between levels with graphics that are comic bookish. It’s an art style that looks great and fits the overall feel of the game. The plot and characters are well thought out. Some of the best narrative comes from in-game chatter between Emmet and his buddy in space, Cutter. Cutter seems like an old cranky feller that fits the old west styling of the game. He acts as your tutor and over-seer. Before each level starts, Cutter will let you know where the Outcasts will be coming from, and in the order of their appearance. This gives the game almost a real time strategy feel to it. That’s not a bad thing, as strategy becomes paramount to survival, and requires more thought than just pointing and shooting.

Starhawk introduces the new-to-the-series Build and Battle system. As you play through each level, taking out bad guys will earn you rift energy. This energy fills up an incremental meter at the top of your screen, and each full piece of energy can then be spent for calling down objects from a drop ship. These objects range from a simple defensive wall, which multiples can be linked together, to landing pads which can spawn warhawks. Strategy becomes necessary if you want to get through later levels, as the difficulty increases as you progress along. Items are dropped and assembled at a speed that is incredibly fast and efficient.

Once you’ve made it through the campaign, and we strongly suggest you tackle that first, you may want to grab a friend and play some co-op. Co-op allows for up to 4 players, either through 2-player split screen between two systems, or with 3 other players from across the Globe. Co-op is basically a horde mode, where you’ll have to survive 6 rounds of incoming outcasts and keep your rift harvester from being destroyed. There is a repair tool on each level, so you may want to locate it before installing your harvester at the beginning of the level. 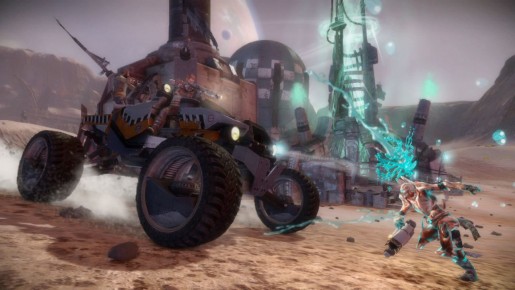 The rounds begin only after you install that harvester, so taking a look around at the map is probably in your best interest. there are also rift canisters scattered around each map, so finding them before beginning the round is a good idea as well. Each round gets progressively harder, and each round also adds different types of incoming troops. One other useful tip: enemy snipers can’t hurt your harvester, so leaving one off in the distance will keep your current round from ending, and gives you a chance to hit those rift canisters again.

The later rounds will have some airborne Outcasts coming in, so be sure to have plenty of anti-aircraft weapons lying around your harvester. Beam Turrets are very effective against enemy warhawks. If you create your own warhawk and leave it unattended, the Outcasts have no qualms with stealing it and using it against you, so always keep a close eye on those things. They aren’t called Outcasts for nothing. Grand Theft Warhawk should be punishable by death, and it’s up to you to make sure it is. 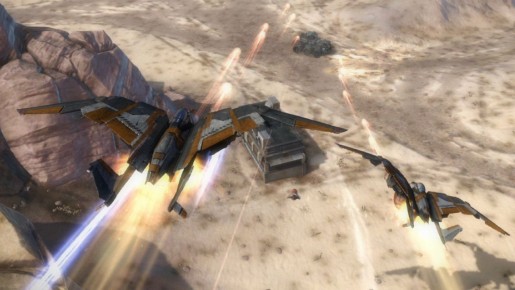 After testing the Build and Battle System in campaign and co-op modes, you should be ready to jump right in to the multiplayer portion of the game. This is where Starhawk truly shines. All of the basic MP modes are available to choose from. Zones, CTF, TDM and straight up DM are all awaiting you. The community features for the game take this to the next level with clan support, leaderboards, and the ability for users to create Player Hosted Tournaments.

Starhawk’s gameplay does an incredible job of mixing so many different aspects of war into one game. Whether you are wanting to dogfight in space, go toe-to-toe in hand to hand combat, or mix it altogether in one epic battle, the choice is yours. With up to 32 players in one match, battles can truly be on an epic scale. Customizing a map rotation for a group of your buddies is pretty simple and is probably the best way to enjoy the game. 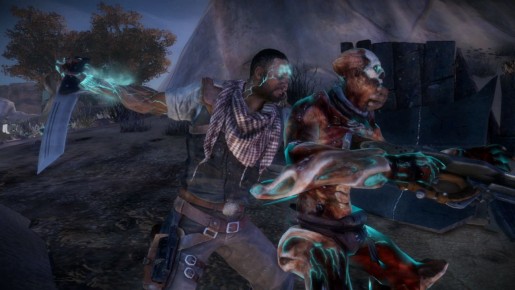 Light Box Interactive and Santa Monica Studio have created an excellent title that should make all Warhawk fans want to move on to the in-spirit sequel Starhawk.