Today, via a press release, Valve revealed that PC gamers will have the opportunity to play Call of Duty: Modern Warfare 2 for free this weekend during a special promotion on Steam.

Gamers who don’t own Modern Warfare 2 but are curious about the multiplayer experience can pre-load the game beginning now and will be able to participate all weekend long in multiplayer battles without having to buy the game when the promotion begins.

Modern Warfare 2 enjoyed huge popularity upon its release. It broke entertainment records by making more than $500 million in its first week of release and has since compiled far more than $1 billion in sales. However, the game has also been dogged by controversy almost immediately upon its release. Numerous glitches and exploits frustrated gamers, many of which have now been fixed, but in addition, in March, Jason West and Vince Zampella, the founders of Infinity Ward, the developer behind the game, were fired by Activision for insubordination. Since then, rumors have circulated that Activision is continuing to deny royalty payments to the development team at Infinity Ward in an effort to keep the studio from folding, and West and Zampella have filed a lawsuit against the parent company. 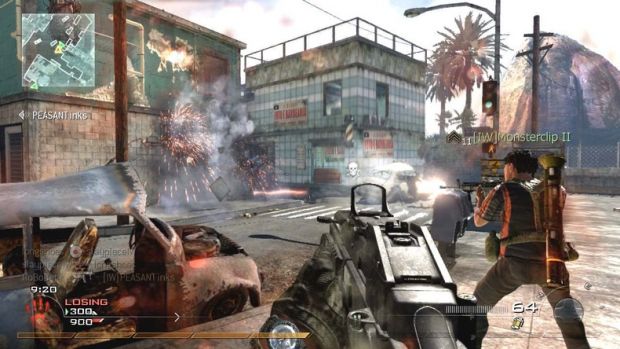 Modern Warfare 2‘s multiplayer, however, is an especially vibrant, full community of gamers and is immensely popular. In addition, it’s single player campaign, while incredibly over-the-top is also incredibly fun and cinematically thrilling. Modern Warfare 2 earned a 9.5 from Terminal Gamer and is definitely worth checking out, especially for free. So boot up Steam today and pre-load Modern Warfare 2 for free so that you can begin gaming this weekend!