EA recently celebrated the tenth anniversary of the people simulation that allows gamers to control people (sims) and feed them, educate them, build houses for them and advance them through work, love and life. The game was a major hit across all sex and age groups and it’s no surprise that the title will be coming to consoles given its popularity and the number of gamers that can be reached through console and handheld gaming.

EA hasn’t released any details about The Sims 3 for consoles and handhelds other than signifying on their 2011 Fiscal calendar that “The Sims 3 on Console Title” would be coming during the 3rd Fiscal Quarter of 2011, which translates to the Holiday season. 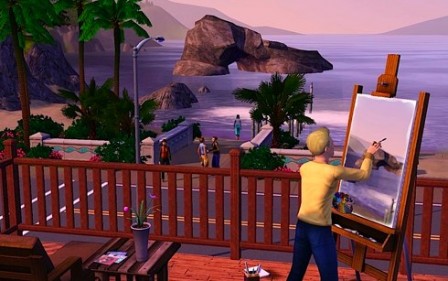