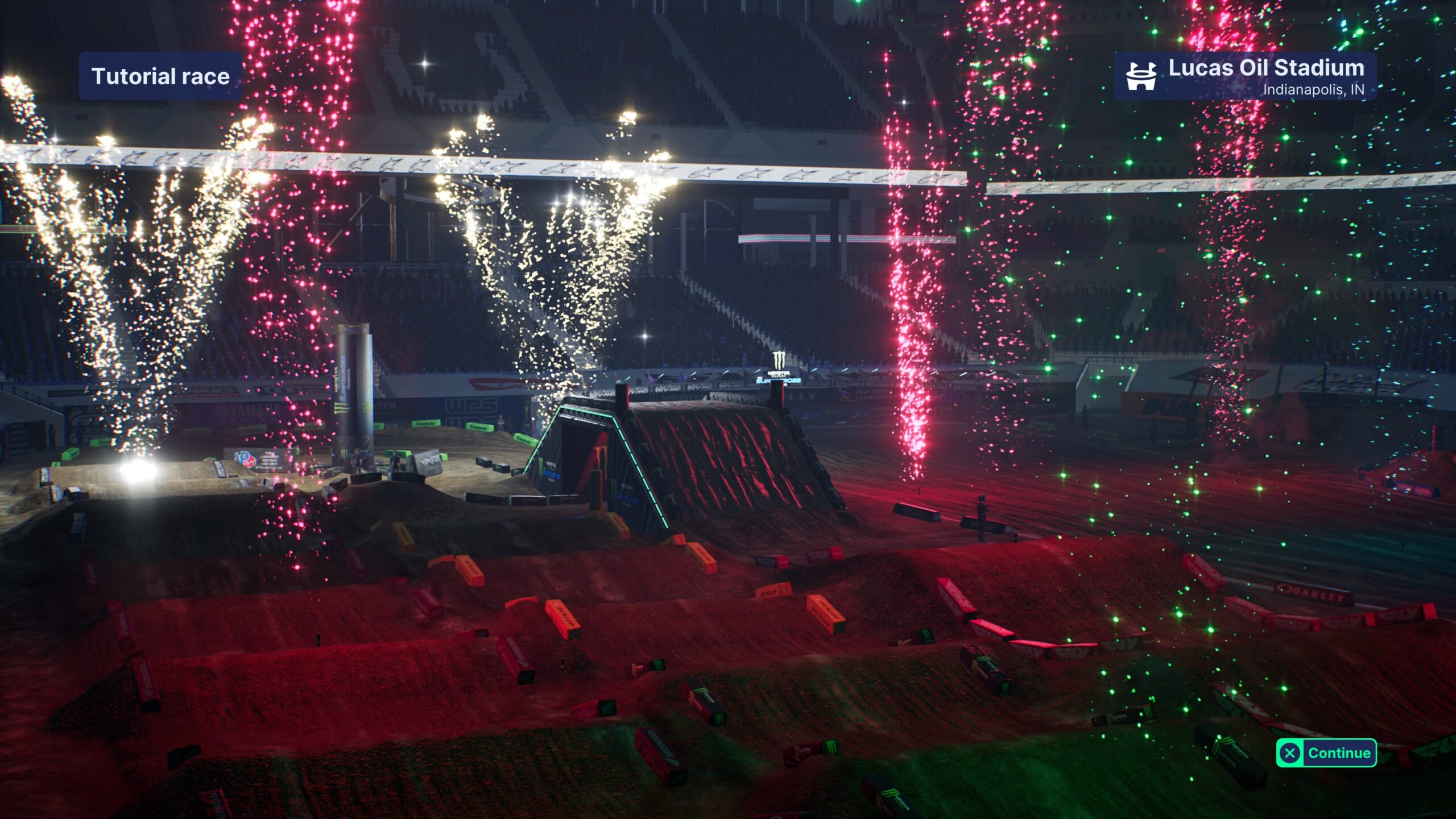 Developer Milestone’s latest release of their dirt bike series Monster Energy Supercross 5 has been released to the masses. Is the game worth the upgrade, or is it just another roster update?

Italian Developer Milestone has been creating motorcycle video games for a long time, going all the way back to 1999 and their Superbike World Championship. Fast forward to 2013 and they took their first shot at dirt bikes with MUD: FIM Motocross World Championship (we reviewed it way back then). In 2018 they introduced the world to their Monster Energy Supercross series, and with each subsequent release, have continued to polish the franchise, adding new bells and whistles, updating their official rosters, and improving load times and graphics. 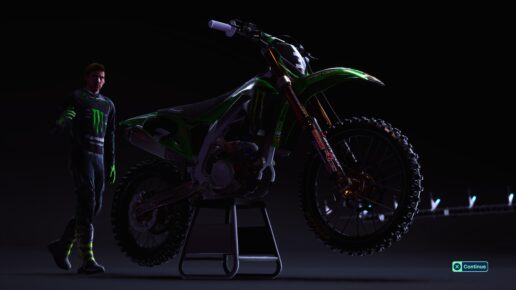 Monster Energy Supercross 5 brings with it quite a few updates to the franchise but it relies on an outdated roster. The roster is from 2021 and if you follow the real world Supercross series, you’ll find that Eli Tomac is still in green riding a Kawasaki instead of being in yellow on his shiny new Yamaha YZ450F. We do have to keep in mind that the game was being developed while the 2021 season was in full swing, but a 2022 roster update would be a nice addition to the fans of the sport. This doesn’t take away from the overall experience, though.

We were first personally introduced to dirt bikes back in the early ’80s and our first KE175 Enduro had a zippy little two stroke engine that made for a lot of fun memories (fouling out plugs because our gas mixture was too oily was a learning experience). Milestone doesn’t have you mixing your oil and gas, but they do have you zipping around the track with available two stroke machines that have a much higher pitch to their exhaust sound, and are just plain fun to ride. There are ten different two stroke bikes to choose from, from five different manufacturers.

Monster Energy Supercross 5’s career mode is a journey supercross lovers will enjoy.You’ll start out in the 250 series (East and West), earning contracts and cash as you progress along, and can improve your skills with weekly workouts and challenges that will unlock skill points that you can then spend on an RPG like skill tree. Once you hit the Pro Circuit, you’ll end up with rivals that you’ll want to out perform to earn nice extra bonuses. 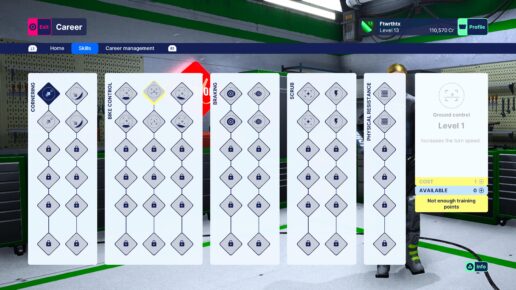 The track editor returns and is just as nifty as it was before, but now has an added rhythm section editor to better improve your tracks. You can also now share them across all platforms of the game, and can download other tracks from all platforms, giving all of us a huge library of tracks to choose from. While PlayStation and Xbox gamers can’t play each other, they now can play others that are on the same platform, regardless of which generation they are on. This will open up the number of online opponents available to you immensely. The only real downfall is having to wait for the older consoles to load while the newest consoles load almost instantly. If you want play against a friend on your couch, split screen racing is now an option as well. Another addition to  online racing is a drop-in/drop-out system where if a rider quits mid-race, a AI bot will replace them, and if someone wants to join mid-race and an AI bot is available, they will drop right into their body and take them over.

One of our favorite places to hang out is the Player’s Compound. If you are looking for a little practice or just want to ride around looking for collectibles to unlock some extra gear, this is a fun place to do it. This is an open world area with plenty of hills and jumps, along with some extra challenges and, to help hone your skills and teach you how to better yourself in and around the track. You can also create a Private Online lobby to free roam around the compound with up to three of your friends that have the game. 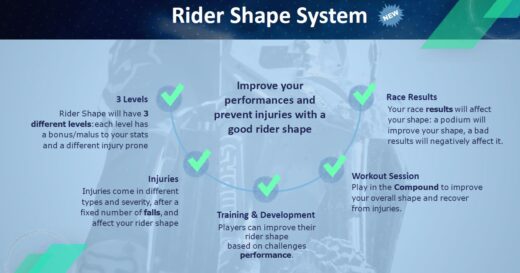 Monster Energy Supercross 5’s career mode brings with it a new health system that adds to the overall depth of the game. We have broken our ribs several times now, and going to the doctor can get expensive. The better you ride, the less injuries that will befall you, so prepare accordingly by doing those workout sessions and/or paying the doctor to fix you up. Podiums will keep you from getting injured too much, so keep that in mind. The Rider Shape system is really a great addition to the series.

Monster Energy Supercross 5 Review – A Great Addition to the Franchise

Developer Milestone is always listening to their fans, and the addition of split screen gaming reflects that. Supercross 5 takes everything that was great about their previous releases and continues to build upon them, adding in more than enough bells and whistles to warrant an upgrade to the new release. PlayStation 5 gamers will love the fast load times and impressive 4K graphics, while even the older console gamers will love all of the new changes and additions to the gameplay. Hopefully they’ll release a new roster update to reflect the 2022 season, but don’t let that stop you from experiencing the best game in the series to date.

Monster Energy Supercross – The Official Videogame 5 review code provided by publisher and reviewed on a PS5 and PS4 Pro. For more information on scoring, please read What our review scores really mean.