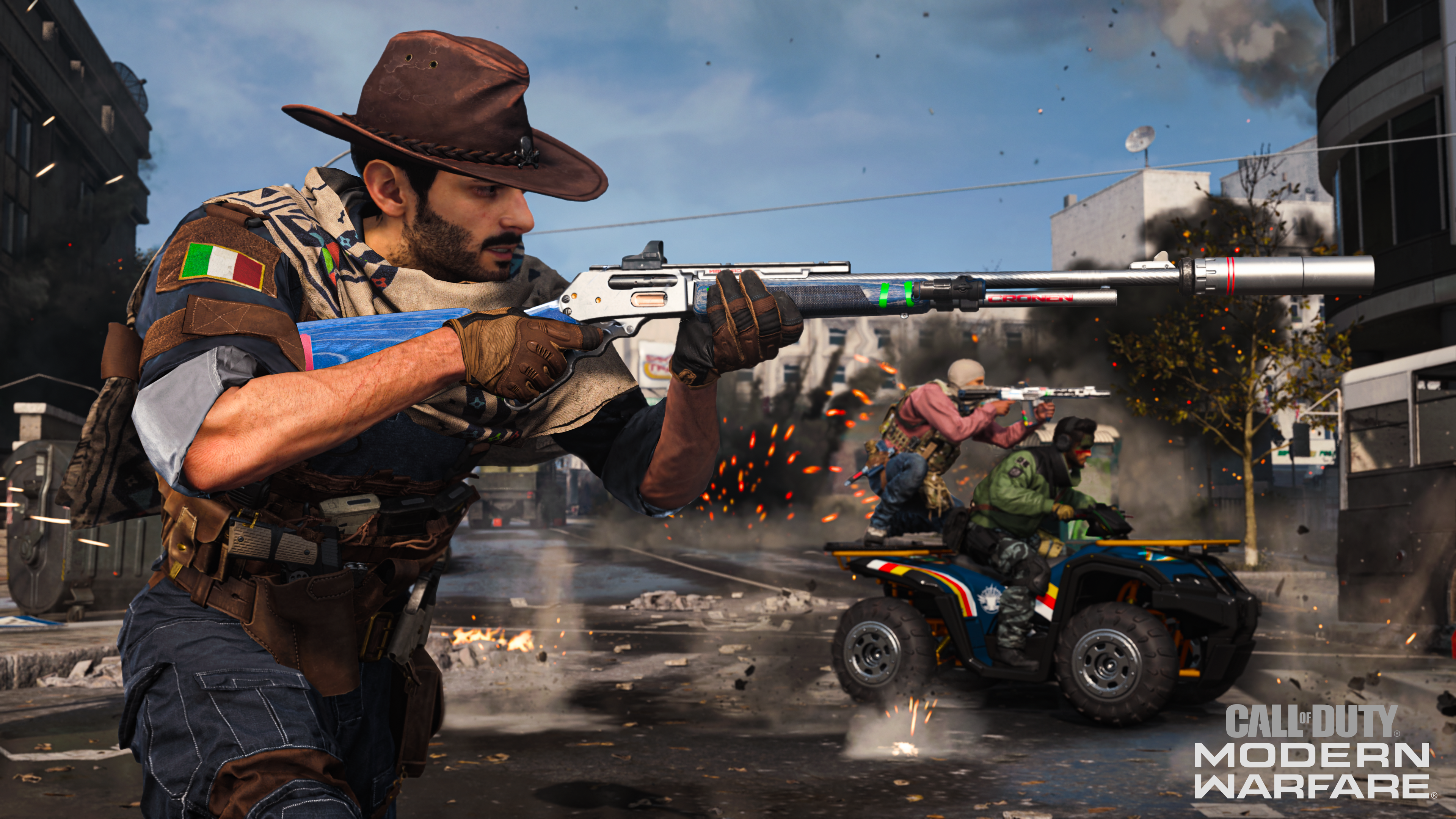 Launching tonight at 11 p.m. Pacific Time, Season Five of Modern Warfare, including Warzone, will receive a mid-season update as well as herald the launch of the Call of Duty Games of Summer global seasonal event

For the first time in Call of Duty franchise history, community members from around the world – both those who own Modern Warfare and free-to-play Warzone – will be able to represent their country in easy-to-play, hard-to-master, single-player Trials of skill. Games of Summer begins on August 28 and runs until September 7.

Season Five Reloaded also introduces a new map and game modes in Modern Warfare and Warzone. Gunfight Tournament returns to Modern Warfare, on a new map that takes place on the pitch level of Stadium. 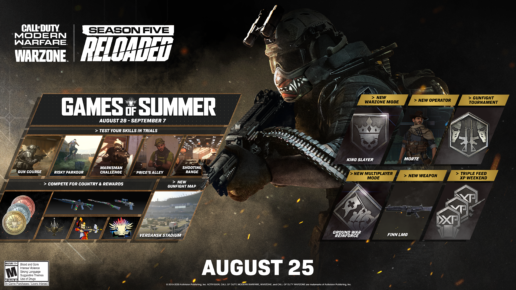 Warzone players will be able to jump into a new game mode called King Slayer, which is a large-scale Team Deathmatch on Battle Royale where teams fight to earn points by defeating hostile players. But in this mode, the circle doesn’t collapse, rather it moves around the map for an agile battle on the go. Eliminating one of the enemies’ top five scoring players (Kings) will award players additional points and a free killstreak.

Modern Warfare and Warzone players will also have a new weapon to look forward to – the FINN LMG. An agile, mobile, and hostile tank of an LMG, the FiNN’s ultra-light and open-bolt design is uniquely paired with advanced recoil controls. This all adds up to a weapon with exceptional full-auto accuracy while still being lightweight, allowing for a unique playstyle that further blurs the line between assault rifle and LMG.

A spaghetti western-loving gunslinger is also coming to town, ready to lay down the law for the Coalition. Morte, a new Italian Operator, will also be available later this season as part of the new bundles available in the Store.

For more information about Games of Summer and Season Five Reloaded, head to the Activision Games Blog post: