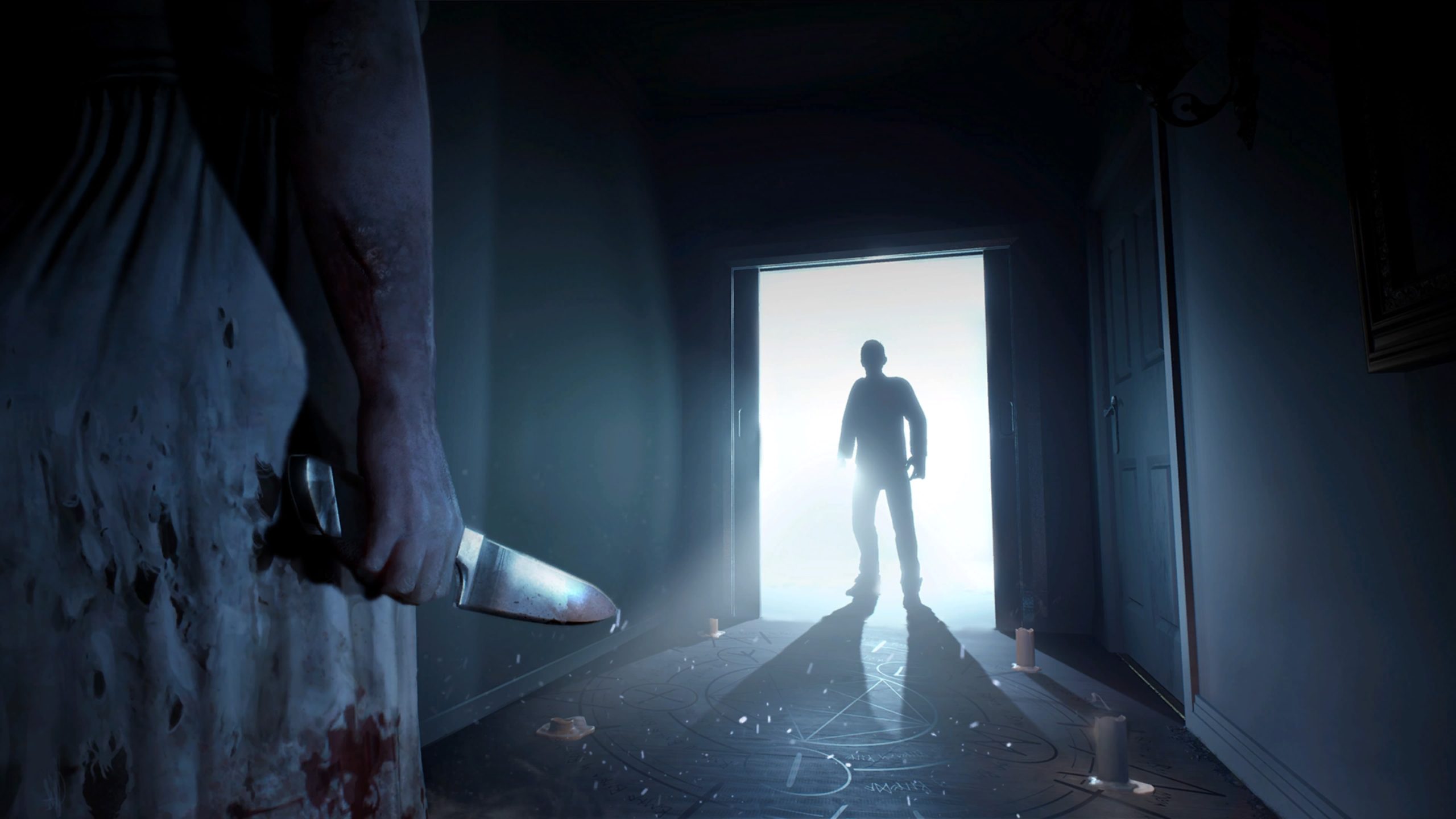 Developer Caustic Reality has partnered with Blowfish Studios to bring their dark and twisted nightmare of a game to a console near you.  The question you have to ask yourself isn’t if the game is worthy of your time and money, but rather can you deal with the pain and agony they have so impressively created. 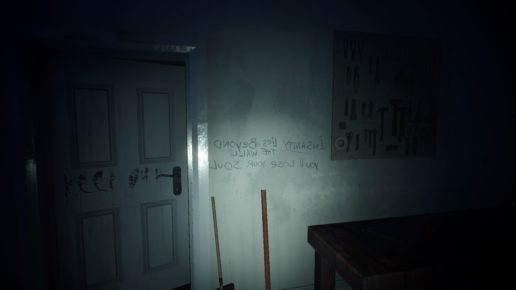 Things Aren’t Always What They Seem

Infliction: Extended Cut is a story driven nightmare that is played out in first person and told through a series of pictures, diary entries, and notes left lying around as you move through a photo realistic house that changes over time. We don’t really want to go into what the actual story is so as not to spoil anything, but we will say that the twists and turns are many, and the story itself is absolutely horrifying. The underlying theme of alcoholism is prevalent throughout most of the game, with empty beer and whiskey bottles scattered around from time to time, and you’ll come to realize that someone paid a dear price for their alcohol addiction and that addiction affected everyone around them in a very bad way.

Gameplay is your standard move, point, and click type of action with some easy enough puzzles to figure out. As you progress through the game, it takes a dark turn and the once lovely house you started out in is no longer a loving home. Something bad happened here and the house reflects that. Doors start slamming shut, some that were locked now open by themselves, doors can now lead to an insane asylum, and you realize that you are no longer alone. An entity has joined you and you are no longer safe as this entity is searching for you and wants you dead. You’ll hear her coming and you better hide, or you will die. You find a Polaroid camera, and pictures you take reveal things that can’t be seen with the naked eye. Some of these things can’t be unseen, either. 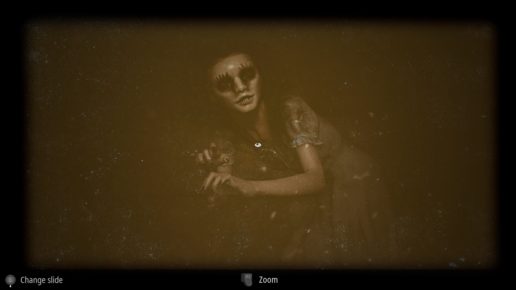 One of the hardest things for a horror game to achieve is a never ending feeling of terror or fear. Infliction succeeded in this thanks to an ever changing house, an always present entity, and a story driven by events from the past. You could hear the despair, horror, and sometimes happiness coming through the voice acting for the audio clips, and that adds well to the foreboding and nightmarish story telling. This isn’t just a game about jump scares but instead a game that will leave you with a surreal understanding of what some folks deal with on a regular basis. This is a game that needs to be played without skipping any audio feeds, and maybe listening to them again to get the full effect.

Once you’ve completed the game, Infliction: Extended Cut adds New Game Plus and offers a new challenge to experienced players with the difficulty dialed up, new puzzles and remixes of the old puzzles. The entity will come after you sooner, faster, and is harder to get away from. You can also use chapter select to replay the ending of the game, and play through multiple different endings that weren’t available for the PC release. There’s also a behind-the-scenes type of in-game gallery where you can walk through a museum like area that shows 3D models of in-game characters. 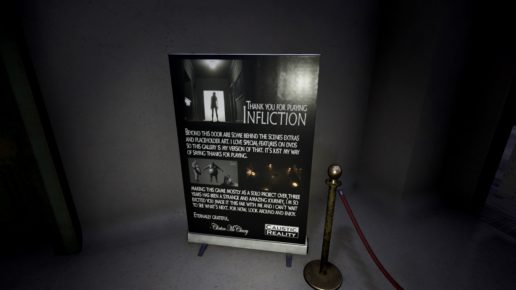 Caustic Reality has created a rather intriguing and disturbing tale of murder, alcoholism, and the search for answers where you may not like what you find. Blowfish Studios took their product and made it even better.

Infliction: Extended Cut is a nightmare to behold