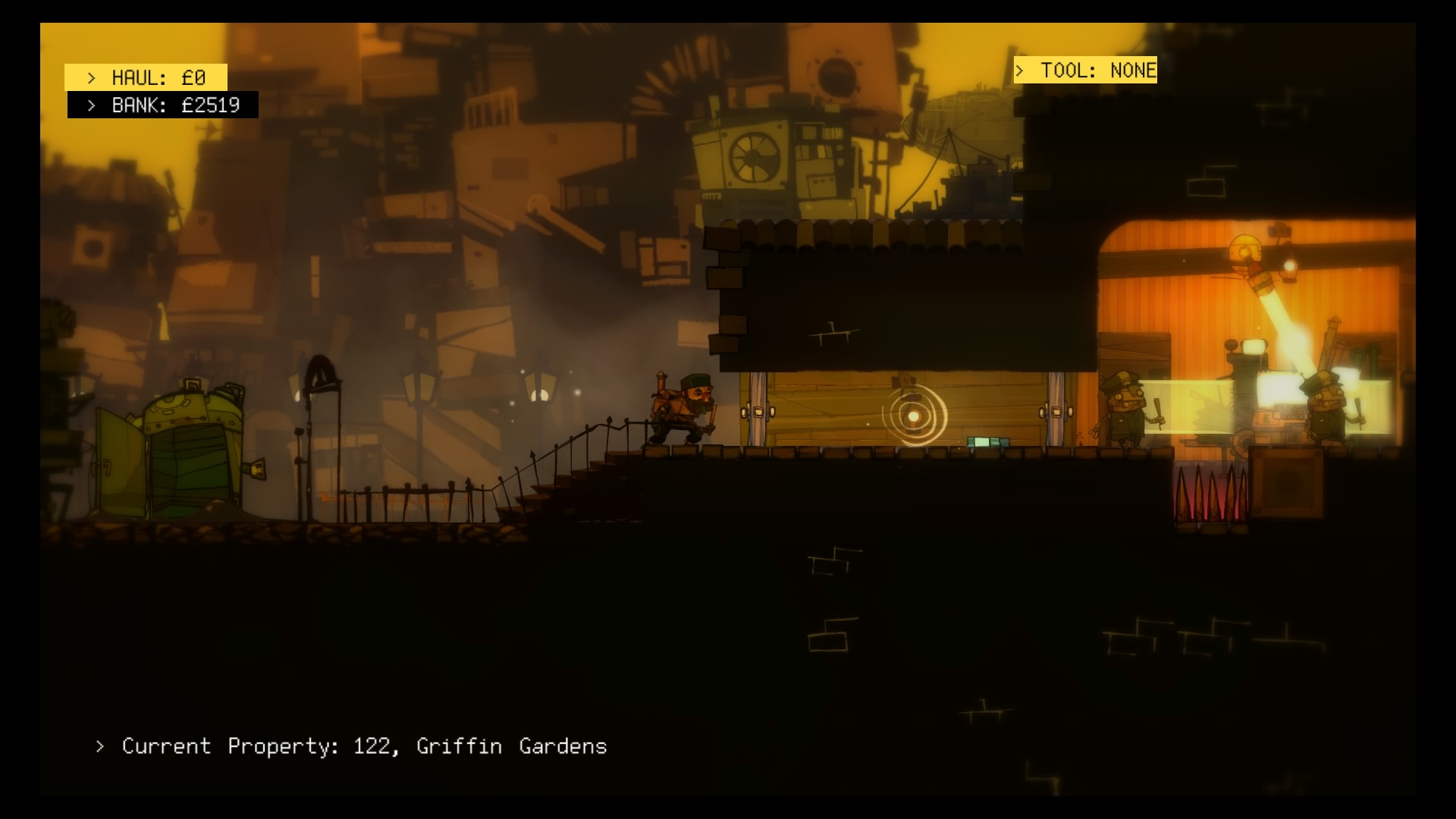 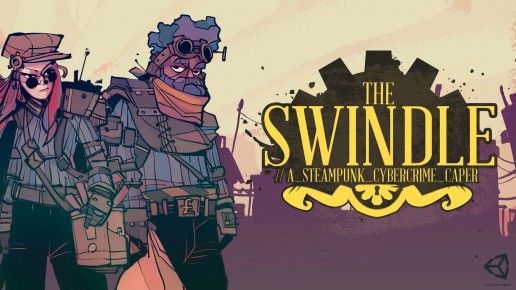 The steampunk sneaker The Swindle has made it’s way to a PC or console near you. Is it worth your game time or should it just sneak off into a corner and disappear? Read on to find out.

A thief’s life isn’t always easy, but a good thief knows how to make it easier. In 1849 London, it’s Scotland Yard’s job to try to make your occupation even harder, and in one hundred days, they will have a new artificial intelligence device, codenamed “The Devil’s basilisk”, that has the ability to make your occupation impossible, deadly even. It is your task, nay duty, to steal this device and stop these dastardly Bobbies from ruining your fine career as a master burglar. You only have one hundred days to complete this task and if you fail, you’ll need to either find a new line of work or be prepared to spend your days in a cage. 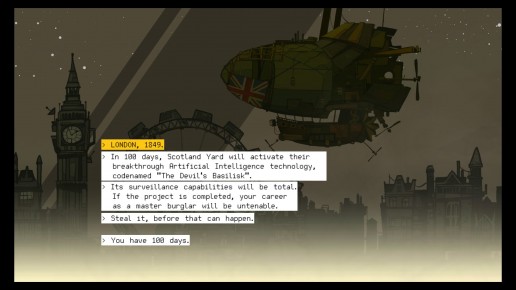 The Swindle is an interesting take on a 2D side-scroller that gives you the opportunity to play the game however you wish to play it. As a master burglar, your home base is actually a dirigible in the sky and holds upgrades that will require you to steal cash via heists in order to purchase them. Heists consist of you working your way through a randomly generated level, choosing to either be sneaky and quiet, or going full out violent and smacking your way through the guards. Starting out with nothing but a club made us lean towards the sneaky/violent mix where we would sneak up behind a guy and then proceed to smash his brains in. 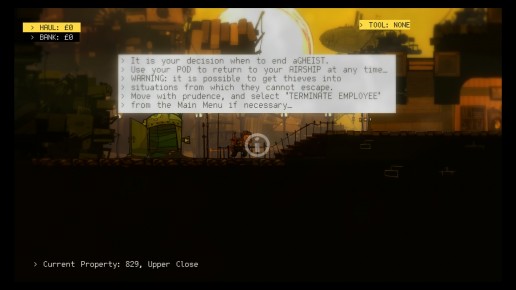 Upgrades are a must with the game and you’ll need to the computer hacking skill purchased as quickly as possible in order to start raking in the big bucks and to be able to actually complete a heist. As you progress through the different levels of the game, they not only get increasingly harder, but the complexity of them will require more and more upgrades to successfully complete each heist. Every time one of your burglars gets hammered, another randomly generated name takes their place and your upgrades get carried over. Hacking doors, mines and PC’s are the key to being successful in the game, and one’s upgrade focus should lean towards that. 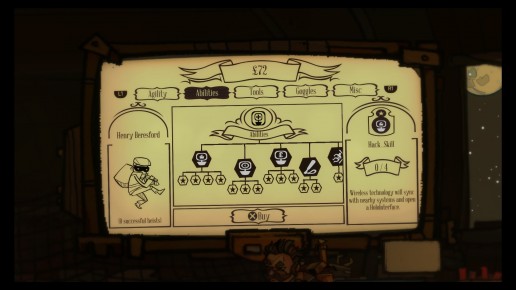 Every level is randomly generated, so there’s really no telling what you may encounter on any given level. This makes the game immensely replayable and one can rack up some cash in a hurry if they are quick on their feet and have the right upgrades. Level design can even alter the flow of the game from left-to-right and reverse, giving the game almost a new feel to it when it does. For PlayStation gamers, the $14.99 price tag ($11.99 for PS+) gives you the game across all platforms and, with the game’s built in cloud save feature, you can pick up where you left off on one of your other consoles. The game is also available on Steam for £11.99 / $15 / €15, the Xbox One for $14.99, and coming soon for the Wii U. 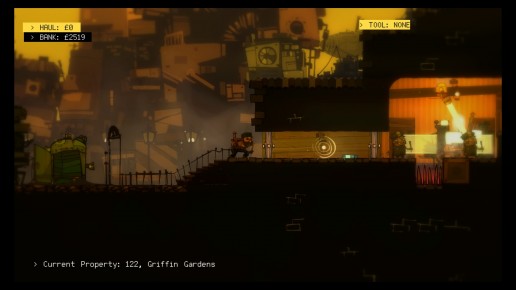 Developer Size Five’s The Swindle is a fun and exciting game that constantly changes and morphs into even  more dastardly fun every time you load a level.