SNK has traveled back in time and returned with Time Soldiers. Was it worth the trip through the worm hole, or should it have been left in the 80’s?

Time Soldiers, also known in Japan as Battle Field, is a run and gun, top-down arcade game developed in 1987 by Alpha Denshi, then published by SNK. A Sega Master System version was also produced, as well as versions retitled Time Soldier for the Amiga(Which is a family of personal computers marketed by Commodore in the 1980s and 1990s.) Commodore 64(an 8-bit home computer introduced in January 1982 by Commodore International.), and The Atari ST(The Atari ST is a personal computer that was released by Atari Corporation in June 1985)

Time Soldiers can be played with one or two players on the same screen, just hit the start button on the second controller and add lives with the triangle button. To move the Characters you use the left analog stick to move and the L1 and R1 buttons to rotate your character. Shoot with the X button, to use the special weapons you press the O button. 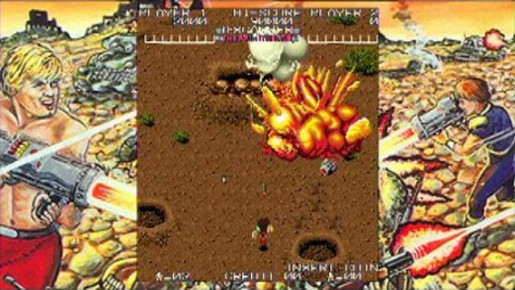 The main story is about the protagonists traveling through time to find and rescue their lost comrades from the evil Gylend. There are 5 levels which are set in different time periods: The Primitive Age, The Age of Rome, The World Wars, The Age of War, and The Future World. You travel between each time period with the help of the “D-Scanner”, basically a time machine that you find after each mid boss. Before you start the game itself, it shows you the five soldiers that are lost and before each level it tells you which soldier waiting for you to save them from the main boss from each era. Then you’re placed into a random time era to fight your way through dinosaurs, cave men, roman soldiers…etc but the thing is if you use the D-scanner and it sends you to a time period that you’ve already rescued one of your comrades from, you have to fight your way through till you find another D-scanner to send you to another era. When you get to the right era you have to just fight your way through till you get to the level boss to rescue that soldier.

Playing the game at first I got the feel of Guerrilla Wars, but as I continued to play it I actually liked all the different places you can go to and fight the different bosses. All the different power ups and special weapons were cool, and you can crack finger the X button in this one to shoot faster! Muahahaha. I’d say the only thing i don’t like about the game is that you die a lot and that the Bosses have a Ton O’ Health. This makes is hard as hell so its pretty challenging. But other then that, this is one Mini to get. We love the old school games and this is one I have to most definitely recommended to friends and to our readers.

Time Soldiers is a fun game that you can play with friends and enjoy kickin’ it old school and I’m proud to say now that Time Soldiers is my cup of tea. You can purchase this title from the PSN market place for $2.99 under the category Mini’s. 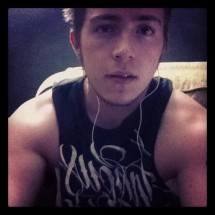