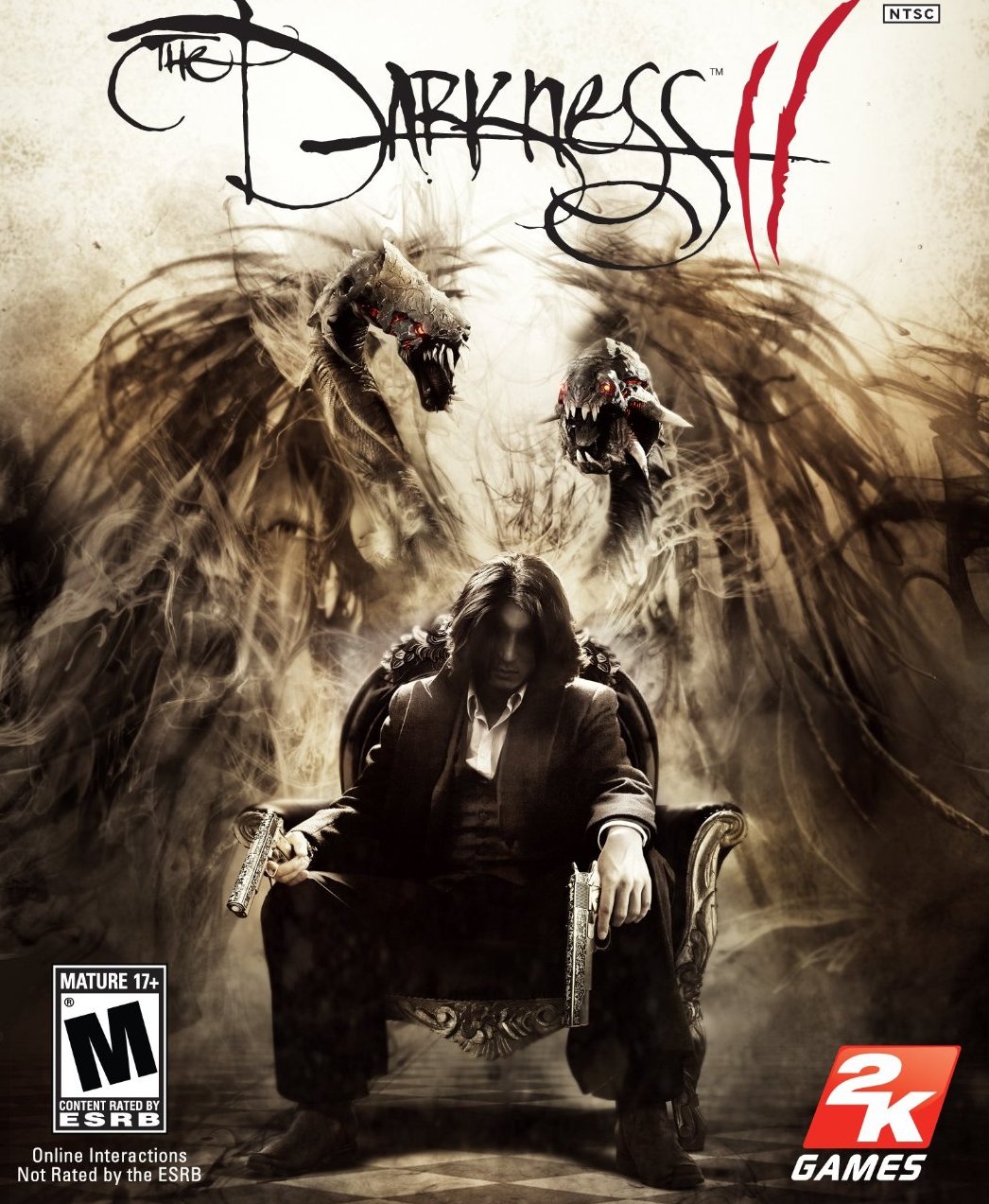 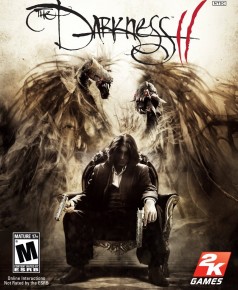 The sequel to The Darkness  took 5 years to get here. That is quite a long time in this age of annual releases. Does The Darkness II live up to it’s predecessor’s image, or is it best left in the dark?

His loss of Jenny weighs heavy on his mind, and the thoughts of her are slowly pushing him to the breaking point. Jackie’s occultist friend Johnny Powell has helped him contain the Darkness, but its power can only be kept down so long. An ambush in a restaurant pushes Jackie over the edge, and while a full scale mob war ensues, Jackie decides it’s time to let the Darkness take over. Only it can eliminate the goons trying to kill him and his entire family. When Jenny appears to him, he’s thrown into total mental confusion, and we realize that the story goes deeper than we expected.

The writers for The Darkness II didn’t just throw in some half baked plot and storyline to support the gameplay. The game has an intriguing and well written story, with character development that is comparable to the likes of Nathan Drake and Victor Sullivan. The twists and turns will make you wonder which is the real world, and which is the world created by The Darkness to try and fool our hero.

Gameplay for The Darkness II is rather unique for a shooter. While Jackie is very handy with firearms, its the powers of the Darkness that takes center stage. Jackie has two extra appendages to go with his two gun wielding hands, and these extra serpent arms have teeth. These tentacles can slash, grab, tear and rip your enemies to pieces. All the while, you’ll be able to keep shooting with your regular hands. Multi-tasking has never been so much fun.

As you progress through the story, killing, maiming, dismembering, whichever you choose, you’ll earn essence. The more violent you are, the more essence you’ll earn. This essence is the currency to which you’ll use to purchase upgrades for your tentacles and firearms. Tentacle upgrades give you special executions which can help you regenerate health or ammo. You can also purchase special attacks which will stun the bad guys and allow you to grab them with your left tentacle and then execute them. Slapping them around with your right tentacle will also stun them for you.

Along your journey, you’ll be accompanied by the Darkling. This little guy is very useful, as he will not only show you the correct path, but he can help in combat as well. It’s not easy for a bad guy to shoot you if he has some wierd creature wrapped around his face. This little guy can also go places that Jackie can’t, and if Jackie is trapped in some medieval device, what better way to get free than by some crazy little critter.

You health meter is displayed on the lower left of the screen. Executions can give you a health boost, but the easiest way to get your health back up is by ripping out hearts from downed enemies and ingesting them. The term “Eat your heart out” takes on a whole new meaning. These tentacles can reach out farther than Jackie’s hands, and that extra reach can come in handy when there’s a light nearby.

Throughout all of the levels, the most dangerous thing Jackie has to look out for is light. The Darkness is easily defeated if it is subjected to light. Guys with flashlights can ruin your day, and grenades take on a whole new look when they are just exploding flashlights. The bad guys aren’t using your standard Mag-lite here, though. They seem to have some sort of super light that is more powerful than anything Battlefield 3 has to offer. Cars have headlights that can be troublesome as well. If you see a light, it’s always a good idea to take it out. Not all lights are created equal, so there are times when you’ll have to find its power source. 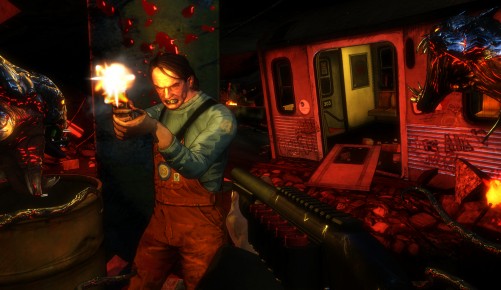 Jackie’s tentacles can also be used for protection and for throwing things at the bad guys. Car doors are great for shields, and that’s a move you’ll need to learn early on. Holding a shield with the left tentacle and shooting bad guys with your hands is very effective. Any object that is interactive with the tentacles will have a small dot of light on it. Things like chairs can smash some heads, and poles are great for making guys stick around. Fan blades are effective at slicing up your enemies. All of these can be thrown and have a fairly long range.

For completionists out there, there are collectible called relics. These relics each have their own back story and are related to the Darkness in some way. If you missed any along your journey, you’ll be able to find them later through New Game + and chapter select, so don’t sweat it too much on your first play through.

The graphics for the game do leave a little to be desired. The developer clearly was going for the graphic novel look and feel, but in this age of lifelike graphics, they left the game a little too unpolished. While the game is clearly not unplayable, it can be hard on the eyes at times.

Multi-player for the game consists of Vendettas, with about an hour of overall added game play. This can be played online with others, or offline by yourself. Playing by yourself makes it a little harder since there won’t be anyone to revive you, but if you are up for a challenge, it’s still fun. In Vendettas, you’ll play as one of four characters. Each character has their own special styles and weapons, and you’ll probably find yourself playing all the way through as each one. Playing with others is really the intended method here, and is encouraged.

The original game, The Darkness, introduced gamers to a new style of shooter that added in an aspect never seen before. The Darkness II expands on that aspect and brings us a very unique shooter, with multi-tasking fun. The levels are dark and well designed, while the music adds to the overall dark feeling of the game.

If the developer had polished up the graphics more, this game might have made a run at Game of the Year come December. Even with that, it still might.

The Darkness returns, and we’re glad it did.