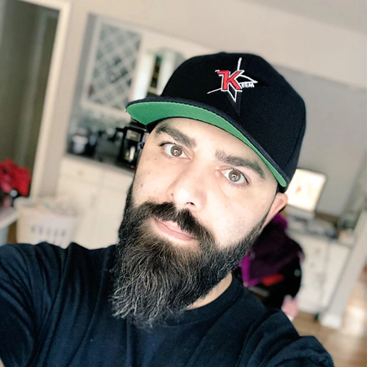 Keemstar, YouTuber and streamer, announces his namesake KeemPark, a digital space for creators and gamers to create, play and grow. Created in partnership with Greenlit Content and eFuse, KeemPark will host weekly community tournaments on both Keempark.com and the streamer’s Twitch channel. Featuring the internet’s top gamers including Ninja, Nickmercs, and Nadeshot of 100 Thieves, and hip-hop breakout artists like Lil Yachty and UglyGod, Keemstar’s “Warzone Wednesday” launches today and will continue every Wednesday thereafter.

Similar to New York’s iconic Rucker Park, the park where professional basketball players like Kareem Abdul-Jabbar, Kenny Anderson, Metta World Peace and Julius “Dr. J” Erving developed their skills and achieved a high level of local fame before going to the league, KeemPlay aims to offer a space where stars are born, championships are won and where the top creators and streamers can play for honor, entertainment and a $20,000 prize pool.

“Keemstar’s tournaments Friday Fortnite and Minecraft Monday were two of the world’s largest community events,” raved Keemstar’s manager, John Nelson of LFM Management. “We need community more than ever in these uncertain times and KeemPark gives us that community, that escape.”

“We are excited to usher in Warzone Wednesday to one of the most engaged fanbases in all of gaming,” said John Benyamine, CEO of Greenlit Content. “We are looking forward to participating in even more with Keemstar and LFM Management in the coming weeks.”

“KeemPark is creating a new standard for online gaming entertainment,” said Ryan Thomson, CEO of Infinity Agency. “We’re excited to be supporting LFM Management on creating something never seen before!”

In addition to showcasing weekly star-studded tournaments, KeemPark will feature matches for loyal viewers to compete for honor and the opportunity to showcase their skills during one of the main events. KeemPark will also launch its first brick and mortar KeemPark in Keemstar’s hometown of Buffalo, New York, which will further solidify KeemPark as a place for creators and fans to take their creativity and game play to higher levels.

LFM is the management company of Keemstar, Ricky Berwick, KidBehindACamera and other content creators & eSports Players. They have worked with Keemstar to produce the Spotify Exclusive Podcast Mom’s Basement, as well as his recent philanthropy projects and Keem Kosmetics.

Creator of Minecraft Monday and Friday Fortnite in partnership with UMG. With the latter bringing 8.8 million viewers during one week. Keemstar is the self-made TMZ of the gaming world as the creator of #DramaAlert, the number one source for news on the social interactions in online entertainment. Keemstar is known for his influence not only in the Twitterverse, but also on Snapchat and YouTube. Keemstar reaches millions with 11 million followers combined across platforms and his recent projects including his philanthropy work with #StopTheFire and the revival of Mom’s Basement as a Spotify Exclusive Podcast.

Greenlit Content is composed of content experts that have spent decades in and around the gaming space in high level creative positions at companies like Riot Games, 2K Games, IGN, Nickelodeon, and more. Greenlit Content is the direct line between brands and the gaming audience. GLC’s custom content team cuts through the noise with video, social strategies and editorial that will resonate with the all-important gamer audience.

Greenlit Content is owned by ReKTGlobal, Inc., a global esports organization that bridges the gap between traditional sports and esports, providing solutions for the entire ecosystem. ReKTGlobal’s list of clients includes companies such as State Farm, Find Your Grind, NBC Sports and Madison Square Garden Networks. ReKTGlobal is also the parent company of professional esports organization, Rogue, and the London Royal Ravens.

eFuse was founded in 2018 and is a professional social network for esports and video games – a place where talent and opportunity meet. Available in the form of a web and mobile application, eFuse connects the highly fragmented gaming community and provides tools for individuals to build a unique gaming portfolio, collaborate professionally, and create tailored content. For more information, visit https://efuse.gg/ and follow on social media at @eFuseOfficial.