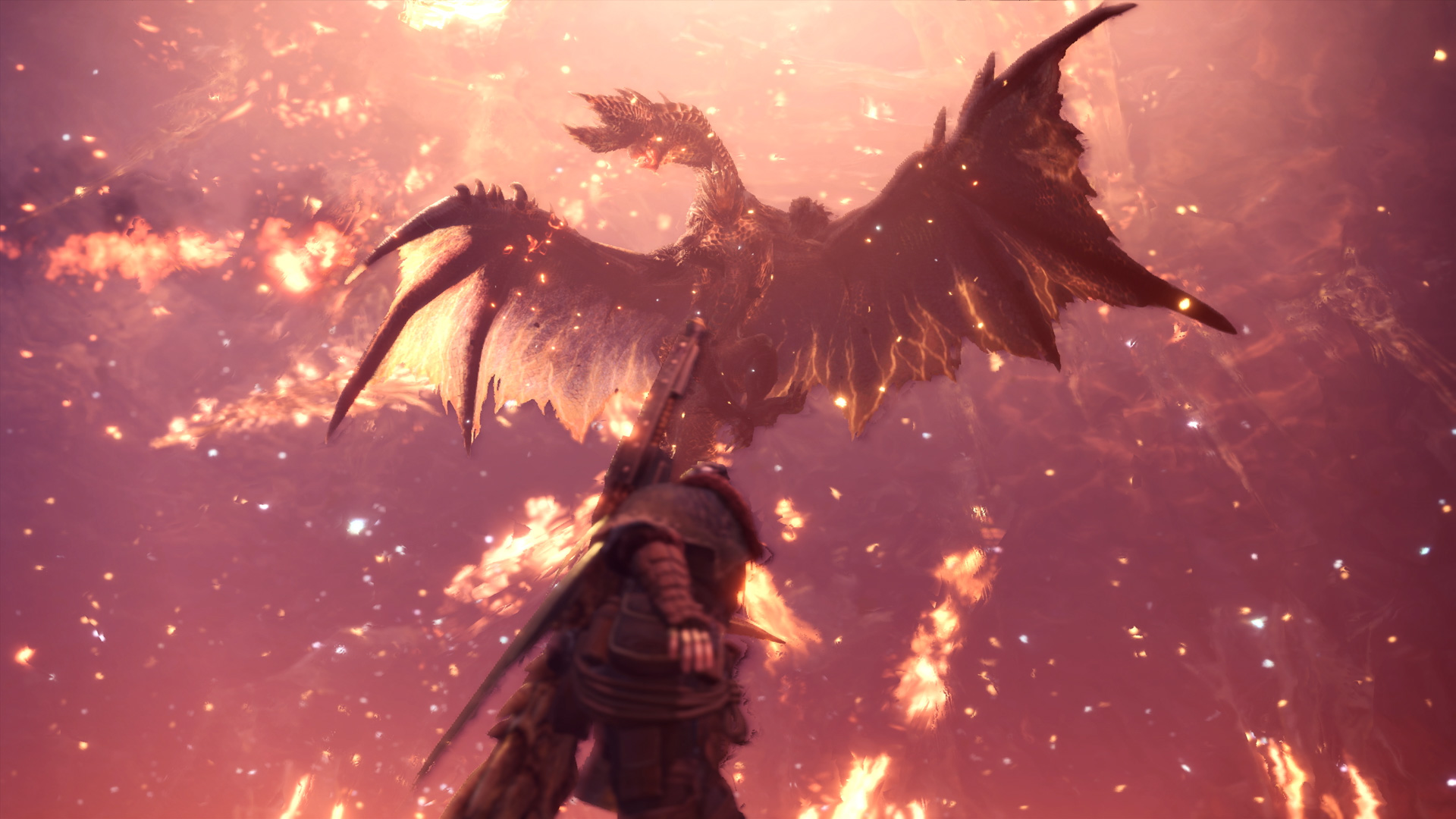 The third free title update for the acclaimed Monster Hunter World: Iceborne expansion is now available for the PlayStation®4 computer entertainment system, and the Xbox One family of devices, including Xbox One X.

It offers two powerful monster variants, a number of system updates, and a new seasonal in-game event. In an accompanying developer update video, the Monster Hunter team also teased future updates coming to Iceborne; hunters can look forward to a Master Rank hunt for the gilded Kulve Taroth, the emergence of Arch-Tempered Namielle, and the calamitous appearance of Alatreon in the New World.

Only the boldest hunters can successfully counterattack Rajang when in its enraged golden state. Its variant, Furious Rajang, embraces this seething anger to amp up its attacks even further. With its golden coat crackling with energy, every clash with this predator is an all-out assault. From a devastating pin attack to a number of new medium and long range attacks, Furious Rajang ensures no distance is safe. Since Furious Rajang also has fewer weak points to exploit, hunters will have no choice but to tackle this agile threat head-on.

Variant Raging Brachydios brings some explosive changes with an even more volatile coating of slime seeping from multiple areas on its body. Hunters can force the slime to drop off by attacking specific body parts, but must be prepared to avoid an even wider explosive zone once the slime reaches the ground. This hulked up version of the fan-favorite blast from the past can also trap hunters in a no-holds-barred cage match where retreat is not an option.

Title Update 3 also introduces layered weapons, which alter the appearance of weapons without impacting their stats. The first round of layered weapons is available now, and allows players to customize fully upgraded weapons with a distinct base frame and monster part attachments. Later in April, weapons with unique designs will join the layered weapon pool. Hunter Helper is also overhauled, with increased monetary rewards when assisting hunters with a lower Master Rank, and enhanced drop rates for various quest types. Assisting hunters with Assignments now offers a chance of receiving rare decorations through Carved Feystones, while other regular quests award armor-enhancing King Armor Spheres. Those spheres will come in handy now that rarity 12 armors can be enhanced to level 20.

Guiding Lands aficionados will now have access to a new tool: the Banishing Ball. Now quest leaders can force unwanted monsters out of a region immediately while on a hunt. Hunters relaxing after a quest have a new swath of Paid DLC options for Your Room, including new monster figures, music options, and décor. Fashion hunters also have reason to celebrate, as all NPC hairstyles from World are now available as part of a free character customization update. When paired with new paid DLC pendants and sticker sets, hunters can flex their style even more.

A day after Title Update 3 arrives for PC players on April 8th, both the PC and consoles communities will celebrate the new Seliana seasonal event, Full Bloom Fest, and simultaneous content updates for all platforms going forward! The whole base is getting into the rosy spirit, with new gathering hub decorations, new canteen meals, a new Poogie costume, seasonal Palico gear, pendants, paid seasonal Handler costume, and new guild card options. During Full Bloom Fest, log-in bonuses and bounties will offer tickets for crafting the elegant event armor, in addition to brand new event quests that provide materials for layered headgear based on the rare endemic creature Downy Crakes, and a pair of Whetfish Dual Blades.

In April, hunters will have even more challenges to overcome, with the Master Rank arrival of the glimmering Kulve Taroth, and the emergence of Arch-Tempered Namielle. The new Kulve Taroth Event Quest provides groups of four hunters the chance to gather upgrade materials that can bring the High Rank siege’s gear up to Master Rank muster. Hunters will also need their sharpest wits, weapons, and strategies for the approaching arrival of the fearsome walking natural disaster Alatreon. More info on this calamitous Elder Dragon coming soon