Faliszek said that, “Hopefully we’ve gotten past the point of mini-games. I’m sick of that [makes arm movement]. That’s not a game for me anymore. Let’s get some real interaction going.

“We have these technologies now that let us interact in different, really exciting ways. It’s developers jobs to do something with it. Impress me. Don’t just make sh*tty games I wouldn’t want to play if I had to use a joystick.”

When asked about whether Project Natal could be implemented into the next Left 4 Dead game, Faliszek said, “We’ll see. You won’t have to make the arm movement of sawing off a zombie’s head in some tiresome mini-game. I can promise you that.”

Valve has built a reputation on creating innovative and fun titles. They released Half-Life in 1998, which quickly garnered more than 50 game of the year awards and has since become recognized as one of the greatest games of all time. Shortly after the release of Half-Life, Valve developed and released Counter-Strike and Team Fortress. 2004 saw the release of Half-Life 2, which again collected the majority of the year’s game of the year awards and is one of the highest-rated titles of all time. They then went on to release Portal and Left 4 Dead 1 and 2.

Valve has been a dedicated publisher on the PC and Xbox 360 and has stated some interest in returning to the PlayStation platform in the future. 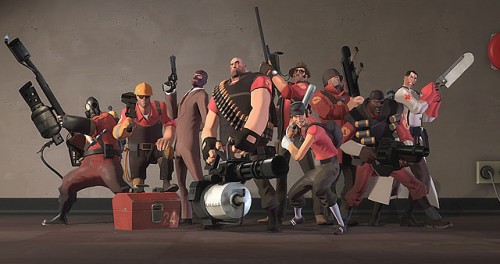