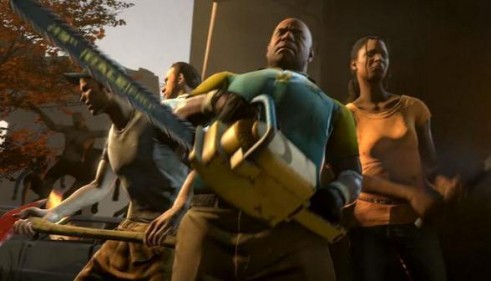 “The Passing” will be an entirely new chapter in the campaign. It will also include one new uncommon common infected type that Valve has named the Fallen Survivor. The Fallen Survivor will be a human who believed they were immune to the infection. The Fallen Survivor, who is infected but unaware of it, will occasionally drop items such as health kits or ammo when they are killed.

Valve also announced that the survivors from Left 4 Dead – Francis, Bill, Zoey and Louis – will not be playable characters but instead will be NPC’s who help out Coach, Nick, Ellis and Rochelle, dashing hopes for an 8-player campaign chapter.

In addition to “The Passing”, Valve also announced a new DLC package for Left 4 Dead that will fill the gap between the story of Left 4 Dead and the point where the survivors run into each other during “The Passing”. That DLC package is expected to arrive in or around April.