The comic, published by Dark Horse Comics, is available to read and view on the iPhone and will encompass a four-part series. The first issue was released on January 6, 2010 and is the issue that will be available free at Apple’s App Store all day tomorrow. The free availability of the comic is in celebration of its release on the iPhone and is a one day only deal.

Mass Effect: Redemption is highly recommended to all Mass Effect fans as it tells the story of the events leading up to Mass Effect 2. Featuring Commander Shepard and Liara T’Soni in the Terminus Systems, the comic is action-packed and expands on the Mass Effect universe. It features beautiful artwork, new characters and aliens. And quite frankly, who can get enough of Mass Effect’s incredibly detailed, realistic world? 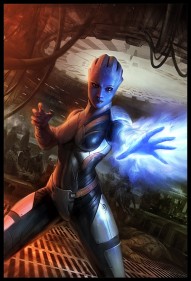