Ubisoft Tweets That An Error Has Led To Higher Price Than Intended, Warns Gamers To Hold On For A Bit

January 28, 2010 – Public Service Announcement: don’t purchase the Battle of Forli DLC for Assassin’s Creed 2 until the price has been fixed on Xbox Live. According to Ubisoft, a price error has gamers being charged more than 320 MS points for the DLC. In fact, gamers have reported a price point of 99,999 MS points.

Tweeting, “If you see Battle of Forli on X360 at any other price than 320 MS points, hold on a bit until it’s fixed. Ezio’s an assassin, not a thief”.

So, gamers, I know we’re all anxious to complete memory sequence 12 and kill some dudes with our hidden blades in the Battle of Forli DLC, but don’t get ripped off. Wait until the price is correctly set. Don’t say we didn’t warn you!

* Update: Thanks to readers SySfS and Tomace2k3 who report that you can purchase the DLC online at normal price point. Just don’t purchase over Xbox Marketplace yet! 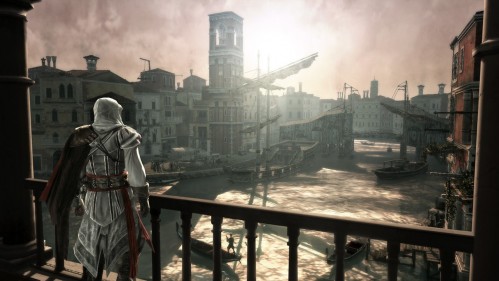