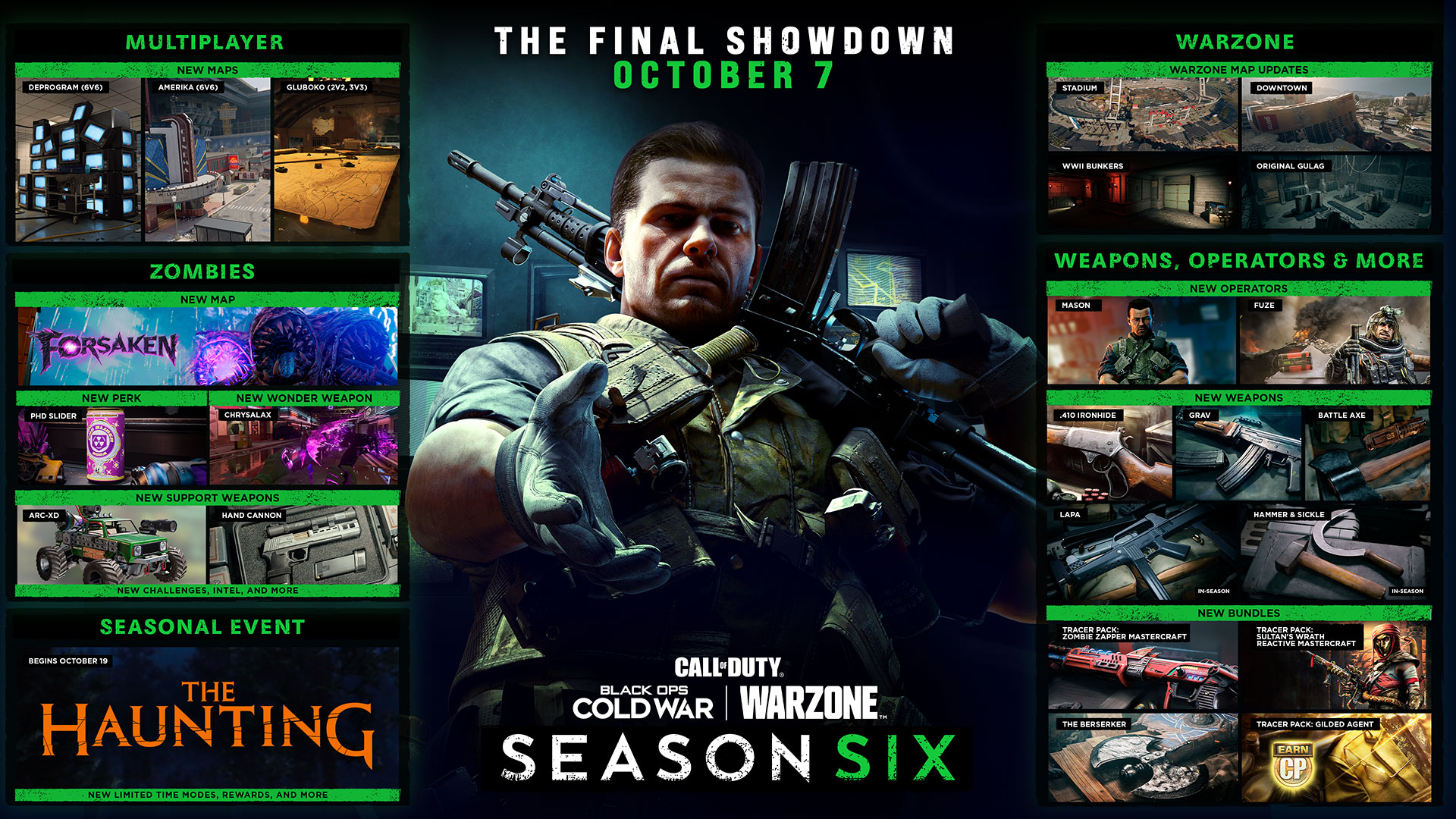 Prepare for the final showdown, when Season Six kicks off in Call of Duty: Black Ops Cold War and Warzone on October 7. Players can look forward to the epic conclusion to Black Ops Cold War Zombies, groundbreaking changes in Verdansk and the ultimate showdown between Adler and Stitch. Plus: The Haunting lurks in the shadows. 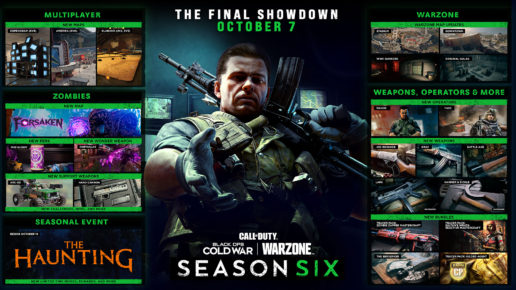 They’re only scratching the surface regarding the Season Six update for Warzone; in addition to content available in both Black Ops Cold War and Warzone, look for a Raven Software patch notes blog next week for details on new modes to come, an item pool update, and balance changes that will arrive with Season Six. And stay tuned for more intel regarding Warzone events, intel on anti-cheat, and Vanguard-related content in the weeks to come.

For a deeper dive into Season Six, head to the Call of Duty blog: https://www.callofduty.com/blog/2021/09/prepare-for-the-final-showdown-deep-dive-season-six