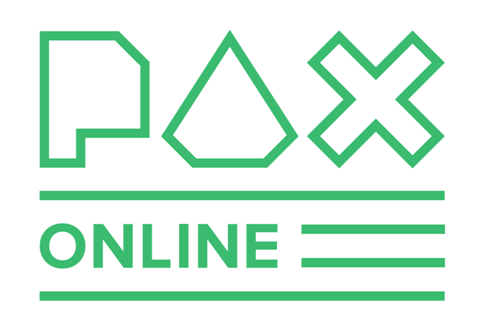 Taking place Saturday, Sept. 12 through Sunday, Sept. 20 PT, the free show combines several of the industry’s largest events including PAX West, PAX AUS, and EGX to feature community activities, esports events, can’t-miss panels from fan-favorite industry creatives, journalists, and content creators, and hands-on demos from some of 2020’s most anticipated titles. The nine-day expo of gaming will open with the creator of the seminal Cyberpunk franchise Mike Pondsmith delivering the storytime keynote on Sept. 12 at 10:15 a.m. PT, live on Twitch.

The official Discord server for PAX Online will bring together these hallmarks, which have delighted millions of PAX attendees over the years, alongside dedicated community spaces to create a central event hub with everything fans need to enjoy the celebration.

On Thursday, Sept. 15 PT, the legendary Tony Hawk will appear at PAX Arena to provide commentary for a special Tony Hawk’s Pro Skater 1 + 2 tournament presented by OMEN and Intel. Alongside renowned skate photographer Atiba Jefferson, Hawk will break down top-tier play from a hand-selected group of the THPS community’s finest, including Prod1gyX and TylerLasagna. The winner will receive a skate deck signed by Hawk along with OMEN gear and the opportunity to donate OMEN setups to a charity of their choice.

The hits keep coming with an exciting lineup of panels brought to attendees by EGX. Acclaimed composer-vocalist pairings Gareth Coker and Aeralie Brighton (Ori and the Will of the Wisps), Joris de Man and Julie Elven (Horizon Forbidden West), and Inon Zur and Mimi Page (Fallout 4) will share their collaborative process and how to imbue games with emotional, iconic scores. In celebration of the HITMAN series’ 20th anniversary, Agent 47 voice actor David Bateson will sit down with Eurogamer’s Ian Higton to reminisce on the series’ legacy, his acting career, and what it’s like portraying one of the most iconic and dangerous characters in video games.

Limited edition merchandise for PAX Online is now available via the online store, with more planned to go live during the event.

PAX, or Penny Arcade Expo, is a festival for gamers to celebrate gaming culture. First held in Seattle in 2004, PAX has nearly doubled in size each successive year, with PAX Prime 2014 selling out of tickets in a matter of minutes. Connecting the world’s leading game publishers with their most avid and influential fans, PAX expanded with a second show in Boston in 2010, and a third in San Antonio in 2015, making it the three largest gaming shows in North America. The first international PAX was held in Melbourne, Australia in 2013. In 2017, Penny Arcade established PAX Unplugged, its first tabletop focused show, held in Philadelphia.

EGX is the UK’s largest video games consumer, trade and careers event. Produced by ReedPop, EGX (and its indie games-focused sibling EGX Rezzed) features playable pre-release games on both PC and console, developer sessions by well-known games designers and the opportunity to chat with developers on the show floor. Additional features include eSports tournaments, cosplay, indie games, tabletop games and more. For those interested in joining the video games industry, the GamesIndustry.biz Career Fair provides a major platform for educators, employers and recruiters to demonstrate the value of and path to a highly rewarding career. Those already in the games industry can meet away from the bustle of the show floor in the trade-only GamesIndustry.biz Trade Zone. For more information visit www.egx.net/egx

Penny Arcade has been the world’s most popular webcomic for over 20 years, with over 3.5 million readers. Started in 1998 in the living room of Mike Krahulik & Jerry Holkins, it has grown into a media empire encompassing multiple beloved properties such as Lookouts, Automata, and beloved D&D live-play series Acquisitions Incorporated. Penny Arcade was responsible for the creation of Child’s Play, a gaming charity that has raised over $45 million dollars for children across the world. They are also the founders of PAX, the number one consumer gaming festival in North America, with hundreds of thousands of loyal visitors every year.