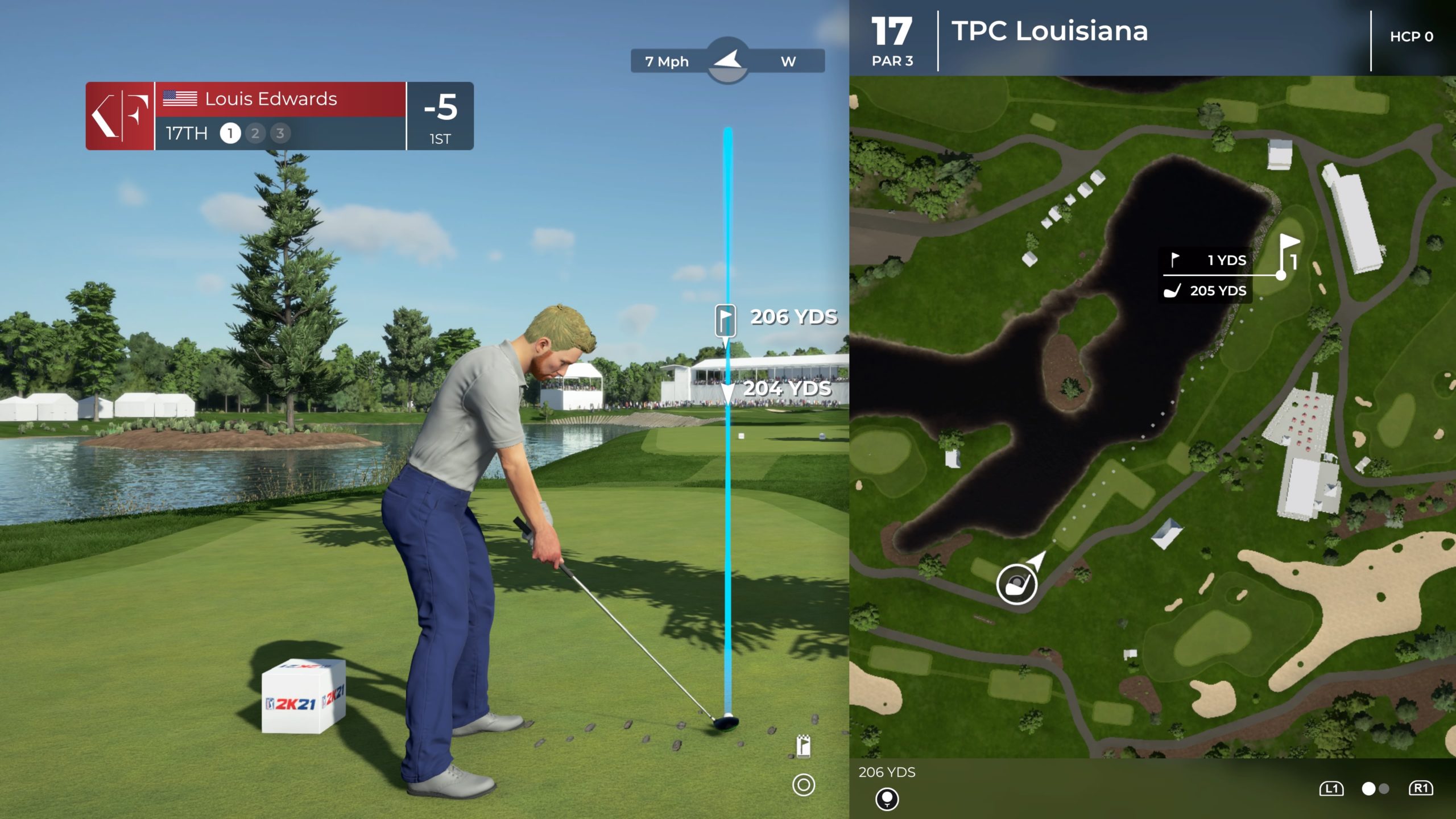 Developer HB Studios has partnered with 2K Sports and the PGA Tour to bring us their latest golf endeavor PGA Tour 2K21. We have been hitting the links for over a week thanks to 2K giving us early access to the title and we are ready to answer the question everyone wants to know: Have the greens and fairways been groomed to perfection, or is this game heading for the rough?

HB Studios has been in and around games development on multiple platforms since 2000, with its first title being Cricket 2002 for PC and the original PlayStation and the PlayStation 2. They went on to partner with different publishers like EA and 505 Games and created titles for the Wii as well as the PC, PlayStation Portable, and consoles. Fast forward to 2014 and they released their first golf simulator The Golf Club. What was originally going to be a contracted title, possibly for EA’s PGA Tour series, ended up being HB Studios’ excellent golf game, and the birth of a great golfing franchise. EA’s loss is clearly our gain.

In 2018 2K Sports partnered with HB Studios to publish what was essentially the 4th generation of The Golf Club, The Golf Club 2019 featuring PGA Tour. Bringing with it all of the bells and whistles from the previous titles (minus some big names) the series continued to improve the quality of play and graphics. Here we are now in 2020 and, thanks to 2K’s early press access, we can now share our experience with PGA Tour 2K21. 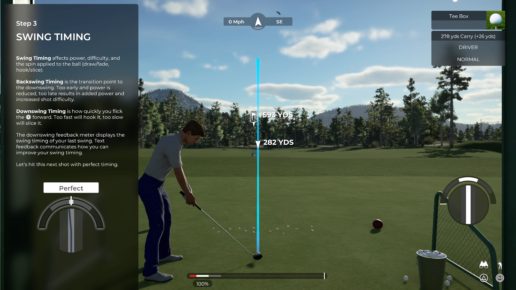 If the last golf game you played was an EA title, you are probably expecting to be able to swing using a 3-click system. As with The Golf Club, and now PGA Tour 2K21, they use the right stick for a more accurate swing system that can allow you to hook or slice a shot when needed (happens to us a lot when not needed though). You pull the right stick back for power, then push it forward quickly for timing, and the side to side movement will determine if it’s straight, hooked, or sliced. A very nice feature is the ability to fade your shot left or right prior to your swing, which in essence is a hook or a slice. It’s perfect for driving around corners or trees. Your difficulty level will determine how much leeway you have to the left or right on your swing meter, so you’ll need to practice on the driving range to calibrate your swing. 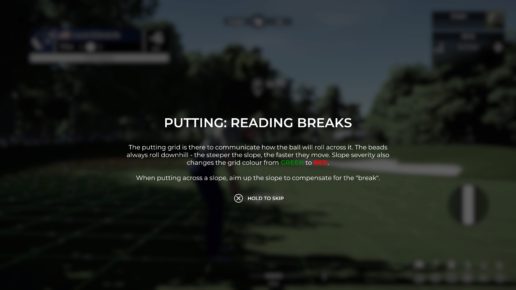 Putting uses the same mechanism as driving, but depending on your difficulty level, can be an entirely different animal. On the easiest setting, you can line up your putt and use unlimited putt previews to see if the ball will drop in the cup. As the difficulty increases, so does the number of previews you’ll have available. Going into a course, if you know which greens are the hardest to read, then you’ll know which greens to use your limited number of previews on. The curve between Easy and Legendary difficulties is HUGE. Easy is just that, really friggin easy, while legendary is pretty friggin hard. Legendary is pretty much just you and your golf bag, with very little information available to you. This difficulty is really only for the seasoned gamer that has quite a bit of time in the franchise. There are enough difficulties in between to find one that best suits your level of experience, so don’t feel too discouraged if Legendary seems too daunting. We found ourselves somewhere between Amateur and Pro, even though we went the easy route on the PGA Tour. 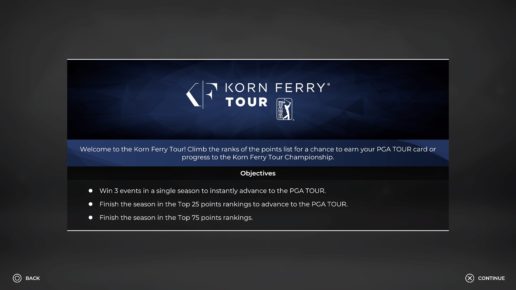 Starting your PGA Tour career will find you first in the Korn Ferry Tour. Getting promoted requires you to either finish in the top 25 points rankings at the end of the season, or you can get instantly promoted by winning any 3 of the events. The instant promotion then skips the rest of the season and you’ll get to start fresh with week 1 on the PGA Tour. PGA Events are on licensed courses and a few require you to meet certain criteria. If you miss out on one, an alternate event will become available, so don’t expect a week off.

Once you are on the tour, you can take on sponsored contracts from a variety of name brands like Adidas, Ben Hogan, Callaway, and Taylor Made. You’ll get to choose between fairly easy tasks like making the cut to harder tasks like earning 700 Fed Ex Cup points in 3 tournaments or scoring 5 birdies in a row. Earn enough points to level up a sponsor and you’ll unlock new gear or clubs you can use. It’s basically free equipment, as long as you are reaching their goals, so be sure to always have an active sponsor contract. 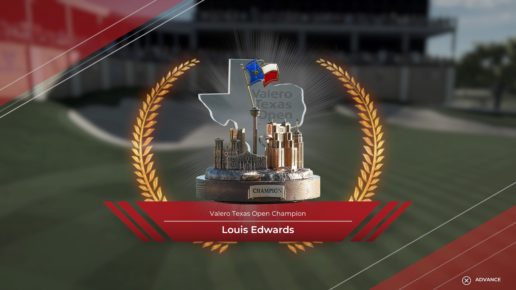 Winning the Fed Ex Cup and Other Awesome Trophies

PGA Tour 2K21 uses the Fed Ex Cup Points system to track your overall rankings during a season, and uses the final three events for the playoffs. Winning the Fed Ex cup should be your ultimate goal on tour, but some of those tournament trophies look pretty sweet as well. There are twenty different trophies to be found in your trophy room (not to be confused with PSN Trophies as those are different) and each one represents specific events. 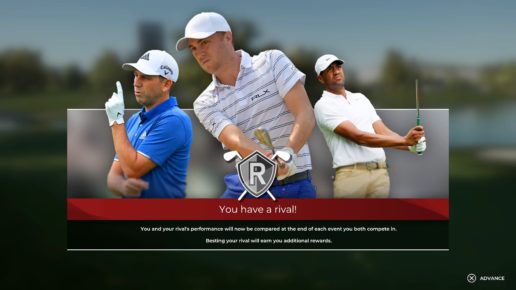 Once you’ve earned you way on to the tour, you’ll earn your first Rival. There are twelve different rivals you’ll match up against throughout your career, and you can best them in up to seven different items in each tournament. These are things like a better single hole score, longer average drive distances, finish ahead of them in the tournament, and fewer putts. For the first couple of rivals, it’s possible to defeat them in one tournament, but as you progress through the list of rivals, the number of things to beat them at increases. The last Rival is the cover star Justin Thomas and you’ll need a minimum of four tournaments to defeat him. Each rival has specific rewards for beating them, so there’s more free equipment waiting for you there.

PGA Tour 2K21 brings with it Online Societies which are a place for you to play with other users in a relaxed, but competitive environment. Join a society or two and compete against fellow society members in the events set up by the Society Admins. Event rounds can be completed at your leisure during the event’s specified timeline, and you can set up seasonal events as well. Anyone can create a society and you can even relegate authority to other people by making them an admin. You can set up tournaments with or without an entry fee, and you can also donate your in-game currency if you wish to use as a bonus for the winner. Rounds can be set to be played within time limits ranging from a day to a week, so no one has to rush online to play. It’s a pretty cool feature that was well thought out. 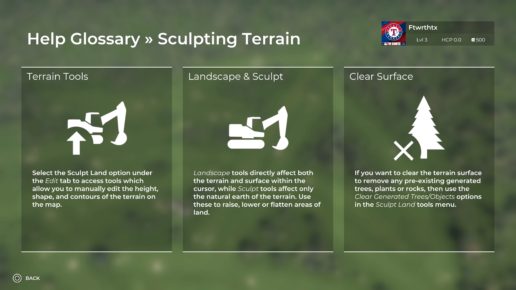 Build Your Own Course

HB Studios previously introduced their course designer with The Golf Club 2019, and they polished it up a for PGA Tour 2K21. Here you’ll find a full fledged course creator, originally designed to create and show off real world course designs to potential clients. For those returning players, you can import your legacy courses into this version of the game, so upgrading to PGA Tour 2K21 doesn’t mean you’ll lose any of your previous creations.

For a new course, you can start out in one of eleven different themed areas ranging from the desert to tropical to the highlands. While the game already has 15 licensed TPC courses, you can create as many other courses as you wish, or download courses others have created. You can even set up tournaments in your society using your created courses. (Nintendo Switch version doesn’t have the course creator yet) 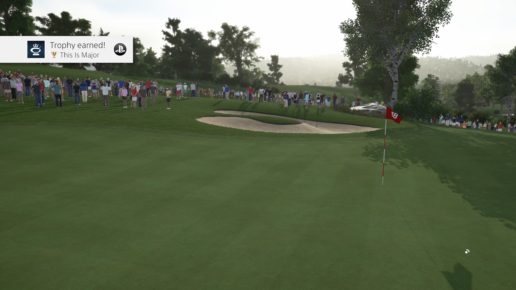 Developer HB Studios continues to bring their ‘A’ game when it comes to golf simulation, and PGA Tour 2K21 truly sets the bar for any and all golf sims. With a broad range of difficulty settings, multiple online modes, and The PGA Tour, this is a golf lovers dream game.