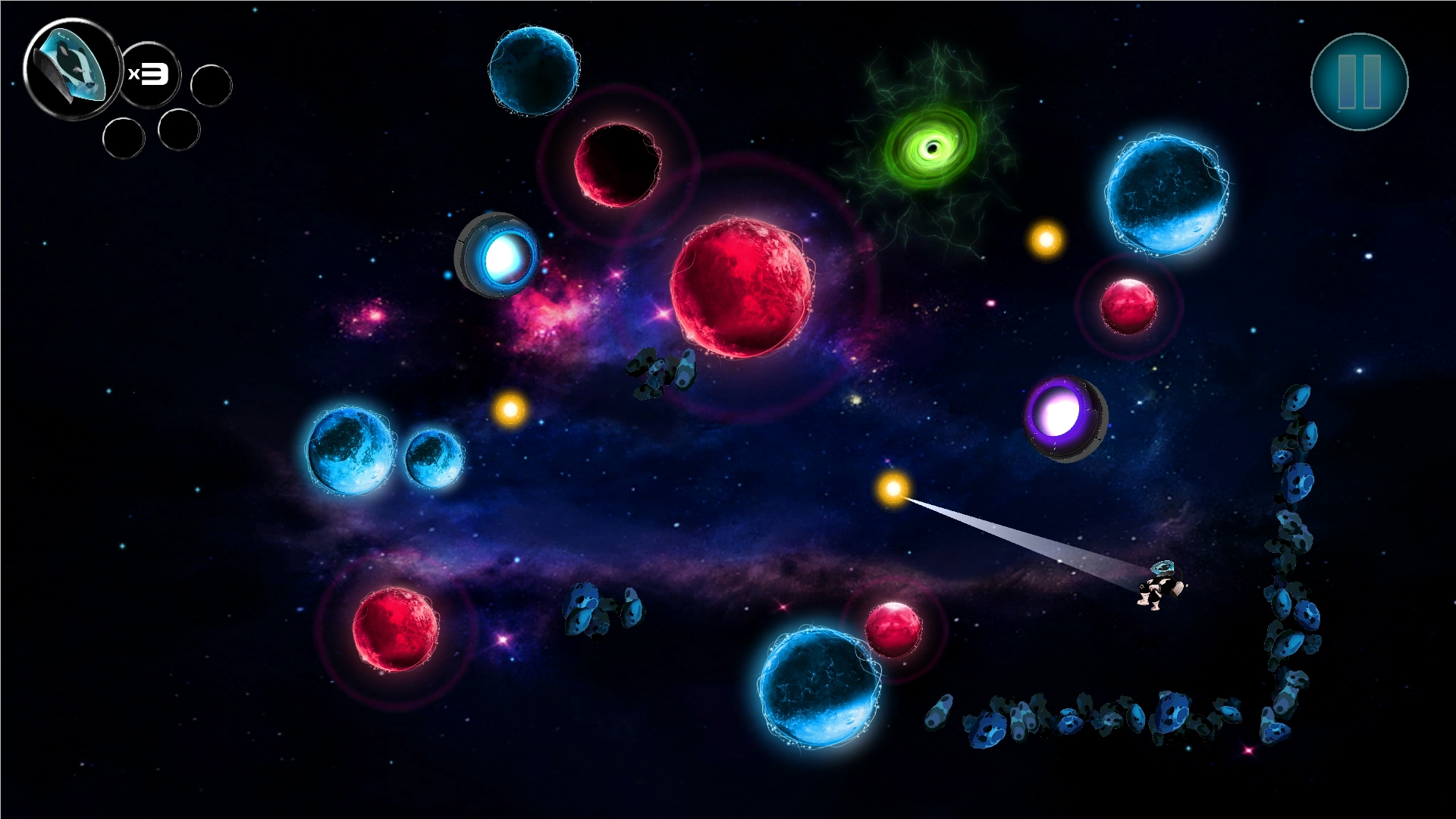 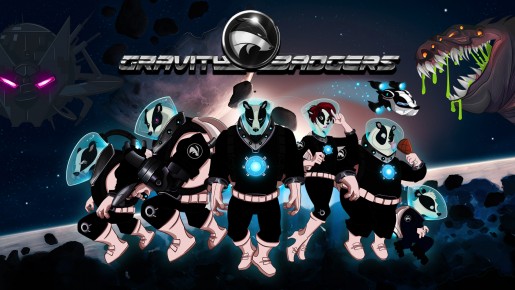 We have traveled into the deep space with nothing but a spacesuit, a  jetpack and a badger. Should you make the journey as well, or should this game be lost in space?

Space. The final frontier. These are the voyages of the…..

Wait a minute. Why are their badgers in space?

Gravity Badgers will have you jump into the space suit of the valiant gravity badger Captain T. Bayback as he ventures into the deadly depths of deep space to save his friends, family and the universe itself from the threat of the deadly Evil Honey Badgers, aka the Hellsett. The game unites the elements of Badgers and Gravity to create a physics-based puzzle game. 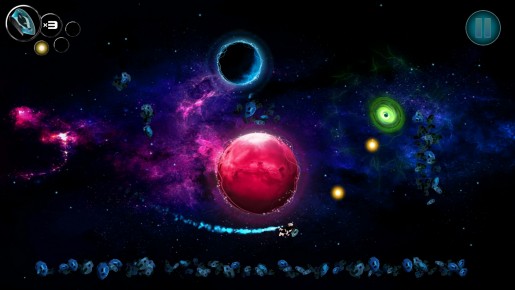 Throw yourself into the planets’ gravity, dodge asteroids and deadly bosses in over a hundred and forty levels of vacuum-filled adventure and danger, all united under a stunning art style reminiscent of all your favorite 80’s cartoons complete with a thumping mullet rock soundtrack.

Gravity Badgers is very reminiscent of other physics based games like Angry Birds, but with badgers. The storyline is entertaining and we even found ourselves chuckling at the humor. The levels start out pretty simple and basic, but eventually become harder and harder with added items like asteroids and gravity inducing planets. 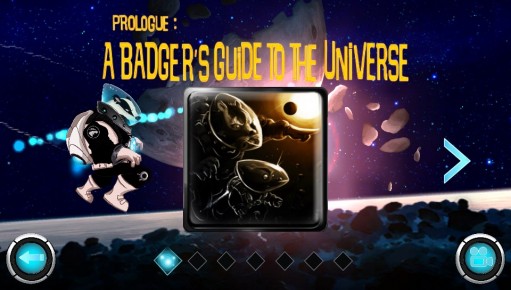 The object of each level is to collect all of the glowing orbs, and then hit the exit portal. Your badger is launched by using the touch screen and dragging your finger away from it. The farther you pull, the faster the jet pacj will launch them. Sounds simple enough, and the first tutorial levels are all pretty easy. Asteroids will get in your way from time to time and will kill you if you hit them.

Planets will also have to be worked around and different color planets have different effects, the strength of which are decided by their size. Red planets will want to pull you towards them while Blue planets want nothing to do with you and will push you away. Warp portals and laser triggers will add to the complexity of some of the puzzles, and put all of those objects together and you’ll find yourself killing off your badgers repeatedly. 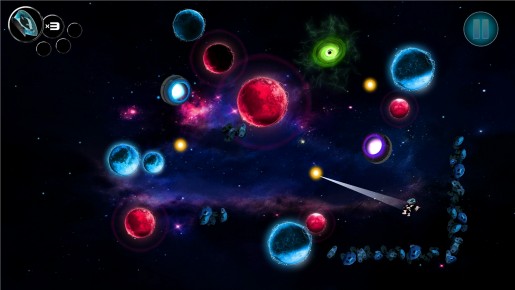 The game is spread out across the tutorial, five episodes, and an added extra called Bonus Badgers. Each episode has twenty four levels followed by a boss battle. The boss battles will have an evil Honey Badger shooting guided lasers at you, which you’ll have to dodge and cause them to return to the bad guy. We went through the first two episodes fairly quickly, but the difficulty ramps up after that and for you completionists out there, collecting all of the orbs and getting a three rating for every level will be a challenge. 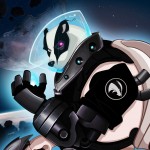 Gravity Badgers (£3.99/€4.99/$5.99) is a fun game that follows a proven formula of physic based puzzling. The levels are well designed, the graphics are top notch, and the music fits the game play nicely. There’s even an entertaining story there.