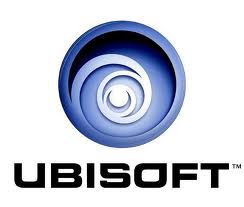 Today at Gamescom 2012, Ubisoft officially launched  Uplay PC, an application that serves as a digital distribution platform and central point for PC gamers to connect to Uplay’s community and consumer-centric services.

The video game developer and publisher also kicked off a promotion making select Ubisoft PC titles available through Uplay PC for as little as $1 for a limited time.

Uplay, Ubisoft’s online services and distribution platform, now has more than 35 million members and is available across Ubisoft games and across platforms. Uplay PC replaces individual game launchers and lets gamers access all their Uplay-enabled PC games and Uplay services in the same place. Uplay PC also includes new features, including an integrated shop, the direct purchase and download of games, a friends list and chat system that add value to PC players’ experience.

“Uplay PC is a great way for customers to discover Ubisoft’s games, connect with their friends and gaming communities, and win achievements and content that’s not available anywhere else.” said Stephanie Perotti, Worldwide Director for Online Games, Ubisoft. “For PC gamers that are already fans of Ubisoft’s titles or have been considering trying some of our classics, this promotion is a great deal, and our way of saying thank you for their support.”

Uplay PC and more information on the promotion can be found at http://uplay.ubi.com.

Ubisoft is a leading producer, publisher and distributor of interactive entertainment products worldwide and has grown considerably through a strong and diversified line-up of products and partnerships. Ubisoft has offices in 26 countries and has sales in more than 55 countries around the globe. It is committed to delivering high-quality, cutting-edge video game titles to consumers. For the 2011-12 fiscal year Ubisoft generated sales of €1,061 million. To learn more, please visit: www.ubisoftgroup.com.

Anno 2070 is produced by Blue Byte. Blue Byte and the Blue Byte logo are trademarks of Ubisoft GmbH in the US and/or other countries.

Might & Magic Heroes VI is developed by Black Hole Entertainment.