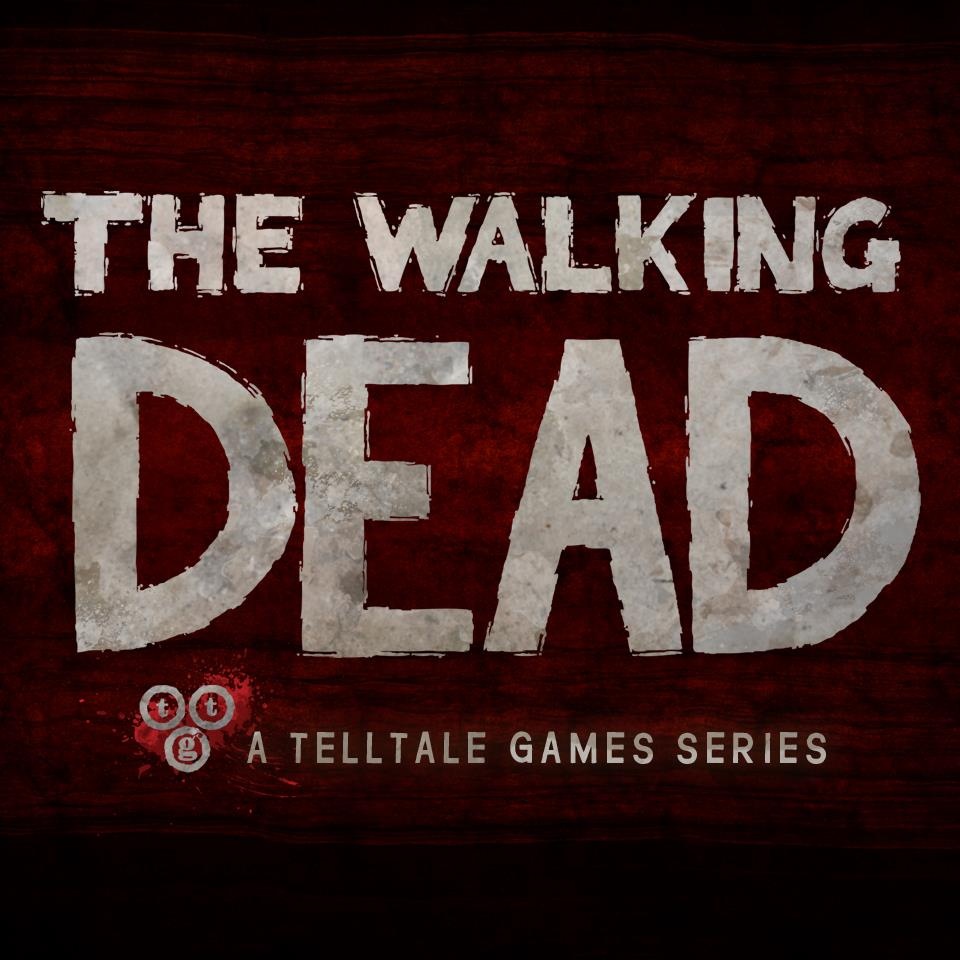 The Walking Dead makes the jump from comic series, to TV series, and now to video game series. Does it make a successful transition to an interactive form, or is it just a dead game walking?

The Walking Dead, a five-part gaming “series” set in an apocalyptic zombie-riddled world and based on a comic of the same name, guides you along and through the harrowing survival story of a few rather unfortunate people. It’s quite a bold attempt at an interactive and unique storytelling style that holds your hand, yet gives you freedom in the moments, and with the people, that really matter. The style of play could be considered “Point-and-Click Survival Horror Adventure”. Granted it’s not fully any of those, but the genre mash-up does it the most justice.

Due to the story and character-driven nature of this game series (and the comic), I am choosing not to reveal certain things in my review of Episode 1. Reviews of Episodes 2-5 will dive more into character development, but for the sake of beginning an adventure fresh and new, it’s best to let you initially discover the world and characters. You’ll thank me later if and when you decide to play The Walking Dead. 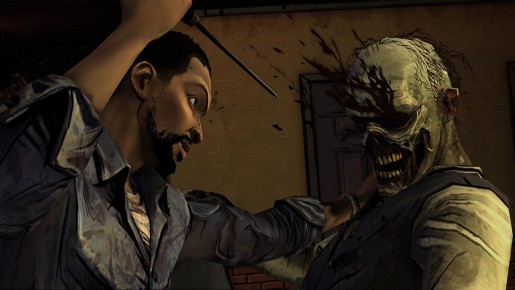 Your main character is a convicted criminal who ends up, tragically, in the midst of a group of survivors that range from very young to quite old. Each person you meet comes with special and important conversations replete with moments where decisions need to be made. These decisions you make in conversation and in action will have an effect on how everyone in the game world sees you, and it’s quite refreshing and rewarding to know that something you say or do will reflect on your relationship with someone until the end of the adventure, or at least until the end of your life or theirs…

Gameplay is very point-and-click styled, with the option of simply moving about a small-ish environment, looking for visual cues that point out interactive bits or people around you. There are a few quick time events, but few and far between, and they tend to be well-placed and thought out. A few of them are even critical decisions of life and death. It’s really quite well done. Combat is also spaced out, else another zombie mow-down game would be upon us. It’s handled in a way that really makes you feel like a survivor on the run with little hope unless you stick together with those around you that value their lives and yours. Interdependency is a term you’ll become familiar with when playing The Walking Dead. It’s how a survival-horror adventure should be, and I can’t wait for the next episodes; seeing what decisions, people and events are waiting for me in this starkly-realized modern world will surely be exciting. 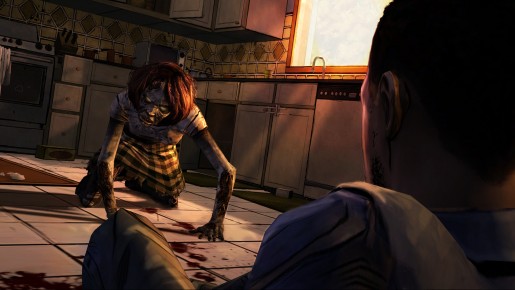 The graphics are presented with a comic-shaded effect that lends itself well to the bloody nightmare all around you as well as the stark contrast between light and dark areas. Lines stand out on the hand-drawn faces of the well-animated people you interact with. Brows furrow, eyes dart back and forth, and real emotion is portrayed quite well; not exactly LA Noire-quality, but effective enough for gleaning emotional cues. That’s all that matters in the end. The characters in The Walking Dead emanate emotion and life, and sometimes you’ll catch yourself looking at a person’s face and not the words at the bottom of the screen. That’s always refreshing and it lets you get lost in what’s happening in front of and around you.

Munching and groaning, shuffling and gurgling. Gunshots and axe hits, splintering and shattering. These are the noises that any zombie game aficionado will absorb and delight in right away, and the aforementioned are all present in a well-crafted soundscape meant to chill to the bone at the right moments. Voice acting is downright superb. You’ll get attached to people soon after starting to play. 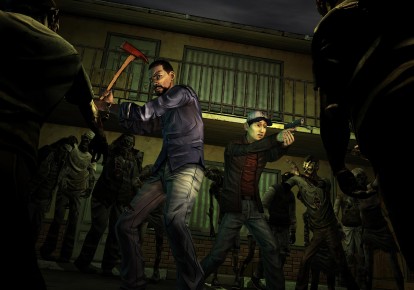 The Walking Dead is a fine-tuned comic adaptation that will leave you wanting more. I promise. That being said, go ahead and jump into the first episode, discover the characters, the world, make decisions carefully and enjoy the survival horror moments and then head on back here for our review of Episode 2, where I’ll delve more into the characters and the story. Stay safe in your adventures… 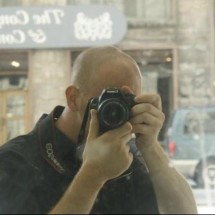