Capcom has released more screenshots for their upcoming title, plus details on the  special edition. Check out all the details, and screenshots, after the jump. 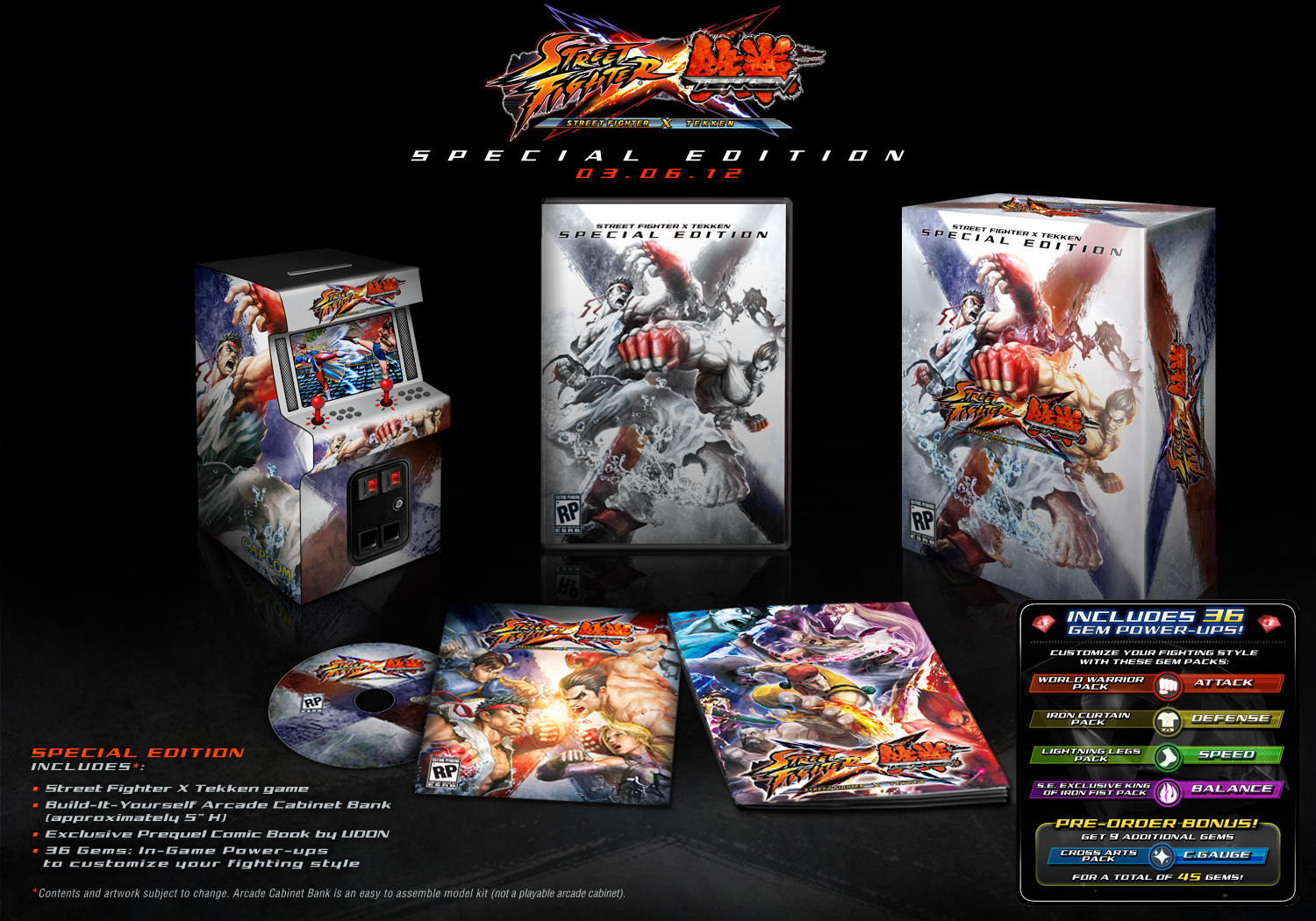 The long awaited dream match-up between the two leaders in the fighting genre becomes a reality. STREET FIGHTER® X TEKKEN®, delivers the ultimate tag team match up featuring iconic characters from each franchise, and one of the most robust character line ups in fighting game history. With the addition of new gameplay mechanics, the acclaimed fighting engine from Street Fighter® IV been refi ned to suit the needs of both Street Fighter® and TEKKEN®players alike.

• Dream Match Up – Dozens of playable characters including Ryu, Ken, Guile, Abel, and Chun-Li from Street Fighter® as well as Kazuya, Nina, King, Marduk, and Bob from TEKKEN®.