EA Announces That FIFA 10 Has Sold Over 9.7 Million Copies Since Its Launch

FIFA 10 was highly acclaimed for creating the most intuitive and realistic simulation of football ever. The game allowed unparalleled control over the football via its 360-degree joystick controls, allowing for superior moves around the pitch. In addition to the 360-degree controls, FIFA 10 featured hundreds of teams from around the world – as per usual for the franchise – thousands of licensed players and likenesses, “Game Face” which allowed gamers to upload a photo of themselves to create a highly realistic in-game depiction of their mugs and excellent online play. The total package resulted in numerous Sports Game of the Year awards from across the industry and massive sales worldwide.

FIFA 10‘s developers, EA Canada, are currently putting together 2010 FIFA World Cup South Africa, which will bring that same level of realism to World Cup football, allowing gamers to take on any of the team’s that participated in qualifying for the Cup – yes, even Ireland who were cheated out of a World Cup berth. Time to exact some revenge on the French! 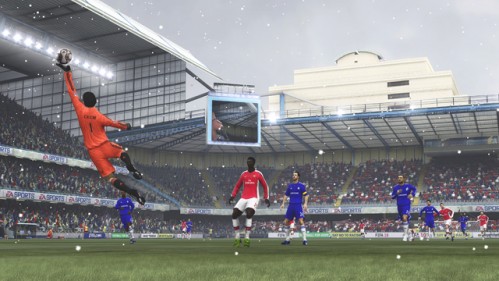