Next Half-Life Game On Hold; May Be Half-Life 3 Instead of Episode Three

January 19, 2010 – According to Game Informer, there will be no Half-Life games in 2010 and the next game in the series may not even be episodic. The rumor, reported by CVG, adds fuel to internet speculation that Valve may be developing a new engine and focusing on Half-Life 3 rather than Half-Life 2: Episode Three.

The Half-Life series is one of the most popular and highly acclaimed series of all time. Half-Life has been recognized by numerous publications as the greatest game of all time and 2004’s Half-Life 2 came armed with the most advanced graphics of the time, vividly realistic characters and a fascinating story that saw protagonist Gordon Freeman battling to free mankind from oppression by The Combine, an alien force bent on using Earth’s resources and enslaving humanity. Episode One and Episode Two were shorter games that continued the story from Half-Life 2, in which Gordon and Alyx Vance fight to escape the crumbling City 17 and finish off The Combine.

Episode Two was released in late 2007 and other than a couple of concept art images, nothing has been seen or heard about Episode Three.

We have contacted Valve for comment and will update you as soon as we receive any news on the subject. 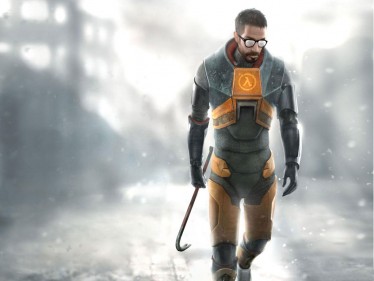