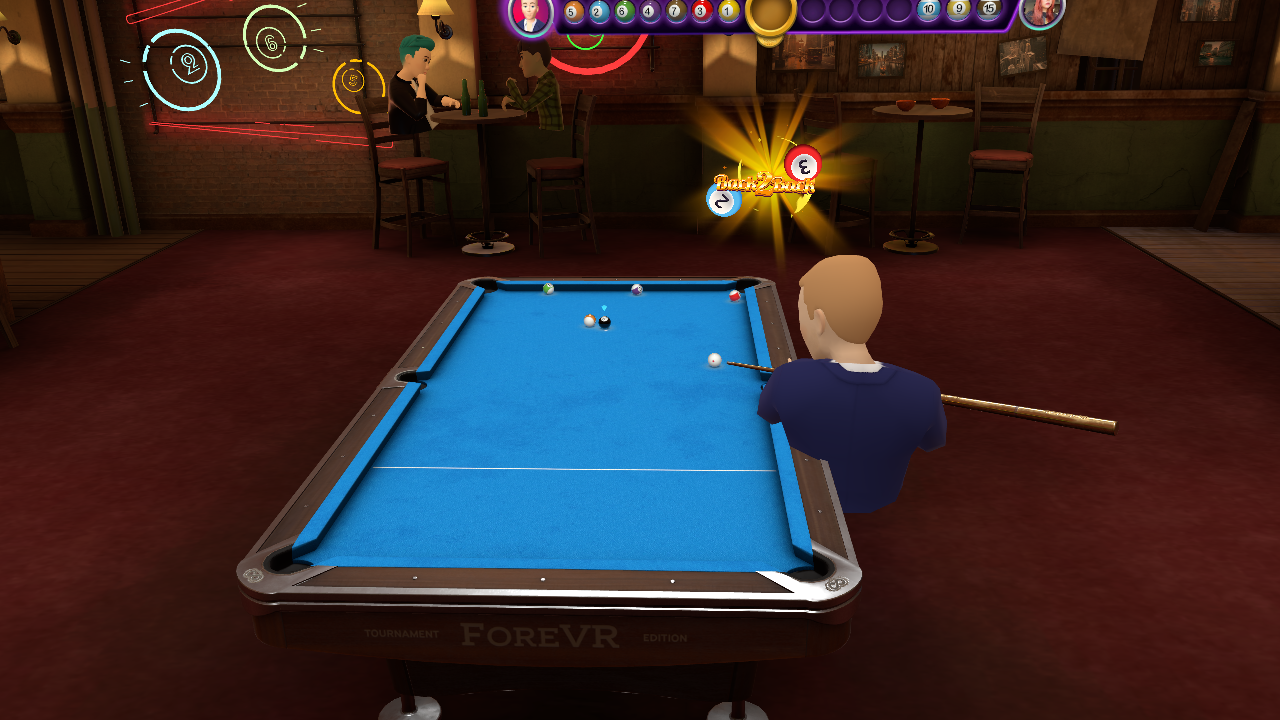 ForeVR Games, the leader in casual virtual reality (VR) gaming founded by Zynga, EA, and Glu veterans, today announced the launch of its highest anticipated title: ForeVR Pool, allowing players to bring pool halls from around the world right to their living room. Joining ForeVR Bowl, ForeVR Darts, and ForeVR Cornhole, the fourth title in ForeVR’s library is available for Oculus Quest 2 and Pro for $19.99.

“ForeVR Pool is an exciting addition to our roster of family friendly sports titles,” said Marcus Segal, co-founder and CEO of ForeVR Games. “We are really excited to give players their very own Pool Halls where they can meet up with friends, family, co-workers or make new friends in beautiful VR locations. ForeVR Pool is a blast to play and is truly the perfect complement to our connected universe of casual games.”

Bringing the best of IRL games to VR, ForeVR Pool lets you celebrate wins like you would in the real world: with high-fives and your choice of tunes from the YouTube-powered jukebox. With both singleplayer and multiplayer options, users can challenge their friends from across the country or go head to head with twelve different “in-game pro” NPC pool players that range from amateur to professional.

Similar to ForeVR’s other easy to learn, challenging to master titles, ForeVR Pool supports 26 languages and players of all ages and abilities. The game can be played seated or standing using one- or two-handed play, with left-handed and right-handed modes available.

To learn more about ForeVR Games and stay in the loop on their latest releases, visit: ForeVRGames.com

Founded by CEO Marcus Segal and CCO Mike Doom in July 2020, ForeVR Games is a global gaming company dedicated to making immersive games and experiences playable by people of all ages and abilities. The 44-strong team at ForeVR is creating category-leading games that bring VR to the masses with next-level social play, offering entertainment for everyone. ForeVR’s debut game, ForeVR Bowl, is one of CNET’s best Quest 2 games and one of Meta’s Best of Quest 2021 in the Family Games and Social Experiences. In recognition of its high-resolution graphics, Bowl has been selected by Meta as a marquee game for the upcoming Quest Pro.