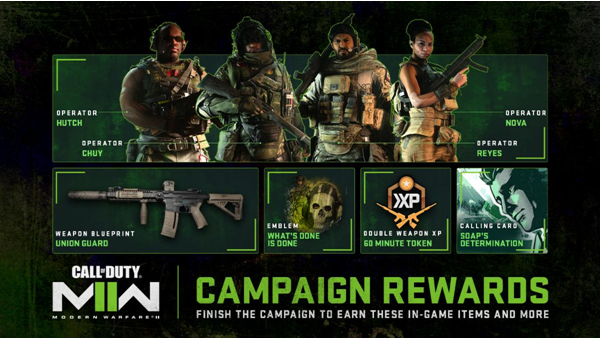 Call of Duty: Modern Warfare II Campaign Early Access deploys in just two days for players who digitally preordered the game. With it begins an exciting two months of content, through the starts of Season 01 and the release of Call of Duty: Warzone 2.0.

Check out a quick calendar-at-a-glance:

Head to the Call of Duty blog for a comprehensive guide that details everything players need to know when Campaign Early Access begins this week and beyond, including:

Additionally, if you’re planning to play on PC, it’s time to make sure your system is ready to go on day one of Campaign early access and the full game launch. For official PC system requirements, file size requirements and more, head to the Call of Duty blog: https://www.callofduty.com/blog/2022/10/call-of-duty-modern-warfare-II-specs-preloading-pc-trailer

In case you missed it, here’s the Modern Warfare II PC trailer