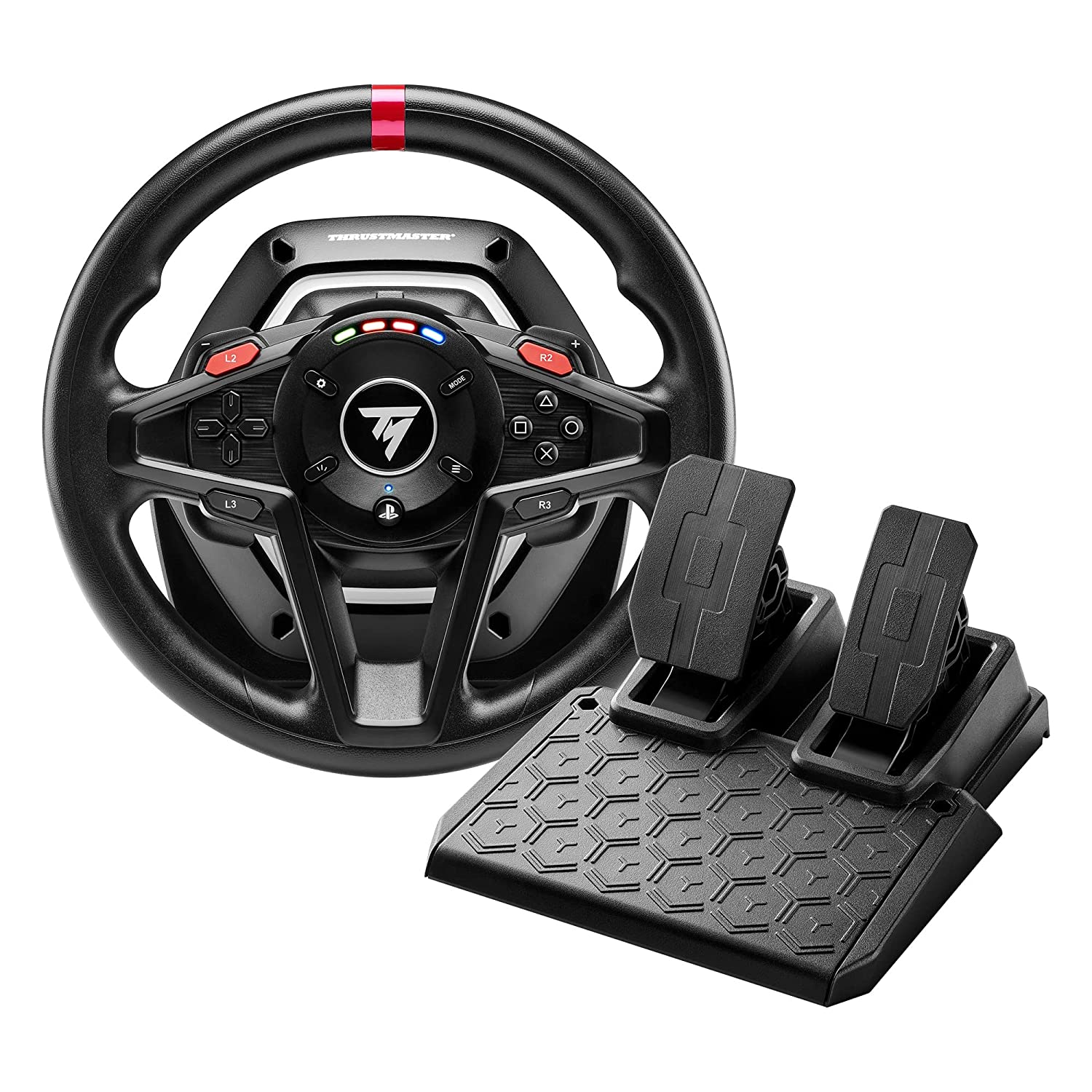 Thrustmaster’s T128: The Force Feedback racing wheel to get started in racing simulation

At the 2022 Paris Motor Show, Thrustmaster unveiled its new Force Feedback racing wheel, designed to provide gamers looking to make the plunge into the world of racing simulation with a turbocharged initiation, and letting them experience thrilling new racing sensations for the very first time.

T128 is a powerhouse of Thrustmaster’s cutting-edge technologies in an affordable and versatile racing wheel that doesn’t sacrifice anything in terms of performance, opening up a truly immersive experience for new drivers.

T128 features a next-gen hybrid motorization system, which made its first appearance in T248, for 20% more power compared with Thrustmaster’s T150 and TMX racing wheels.

Gamers can experience all aspects of race tracks even more intensely, thanks to the sensations transmitted through the wheel: bumps and impacts, speed effects, road surface types, loss of tire grip, and much more. These thrillingly fun sensations are also highly intuitive, helping users optimize their driving lines, better negotiate turns and build up their overall racing skills.

As every bit of extra weight impacts performance, T128’s wheel rim is extremely lightweight — allowing users to really get the most out of the powerful Force Feedback, for maximum velocity in any situation.

Incorporated into two key elements of gameplay, this technology’s goal is to improve drivers’ precision in all games by eliminating dead zones and doing away with any possible loss of precision over time, thanks to its certified frictionless system.

The upper central part of the wheel features a 4-color LED engine speed strip, displaying the car engine’s rotations per minute (RPM) in real time, transmitted directly by the game via telemetry. The LEDs flash when it’s time to shift to a higher gear.

These eye-catching LEDs let gamers monitor their engine speed for optimized gear shifting, without taking their eyes off the road — a huge advantage.

The perfectly-round wheel rim automatically adjusts its angle of rotation between 270° and 900° according to the type of vehicle being used in the game, for driving adapted to all vehicle styles (GT, rally, F1, trucks, etc.). Thanks to the comprehensive interface with 13 action buttons, there’s no need to use a gamepad — even to navigate through game menus.

The T128’s Xbox/PC version includes one month’s free subscription to the Xbox Game Pass Ultimate service. Users can play dozens of popular racing and sim-racing games for free, compatible with T128 on Xbox and PC, to get started with a truly amazing driving experience right away.

Officially recognized as a next-generation racing wheel developed and designed for the latest game consoles, T128 is available in two different versions:

Guillemot Corporation is a designer and manufacturer of interactive entertainment hardware and accessories. The Group offers a diversified range of products under the Hercules and Thrustmaster brand names. Active in this market since 1984, the Guillemot Corporation Group is currently present in 10 countries (France, Germany, Spain, the UK, the United States, Canada, Italy, Belgium, Romania and China [Shanghai, Shenzhen and Hong Kong]) and distributes its products in more than 150 countries worldwide. The Group’s mission is to offer high-performance, ergonomic products which maximize the enjoyment of digital interactive entertainment for end users. www.guillemot.com