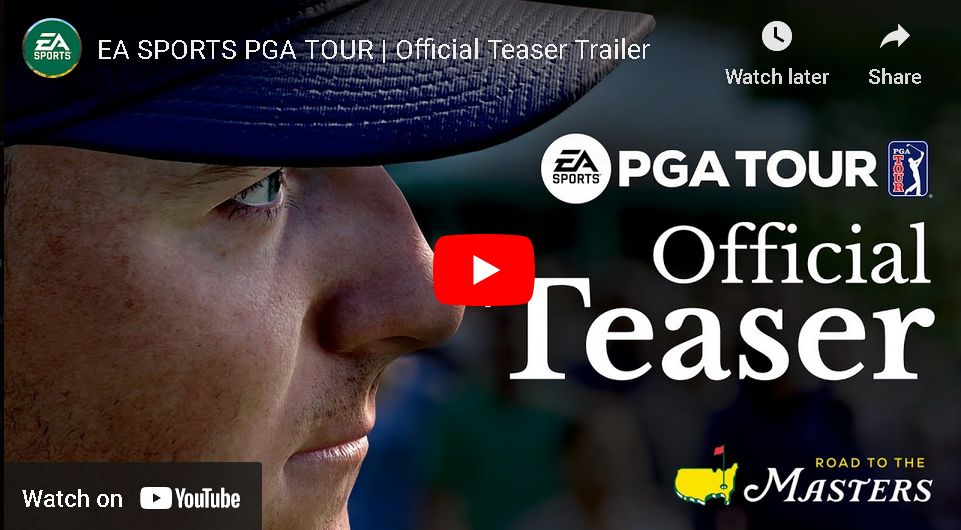 Today, EA SPORTS revealed a first look at the next installment in their storied golf franchise. Officially titled EA SPORTS™ PGA Tour™, this next-generation golf game will be the only place golf fans can play all four major championships including the Masters Tournament, PGA Championship, U.S. Open Championship, and The Open Championship. The new game will launch in Spring 2023 for PlayStation 5, Xbox Series X|S and PC.

Built with EA’s Frostbite engine to maximize the game’s visual fidelity and presentation capabilities, EA SPORTS™ PGA Tour™ recreates some of the greatest courses in the world – like Augusta National, the home of one of the most prestigious tournaments in all of golf, The Masters – with an unprecedented level of detail and beauty.

EA SPORTS™ PGA Tour™ also features the full FedExCup Playoffs and their courses, as well as THE PLAYERS Championship, as part of its stellar lineup of events. The game will also include pro golfers such as former Masters champion Jordan Spieth, plus tons of licensed gear and sponsors that reflect the real world experience. Golf fans have that and much more to look forward to in EA SPORTS™ PGA Tour™, including:

Check out the updated FAQ on their official website and register for e-mail updates.