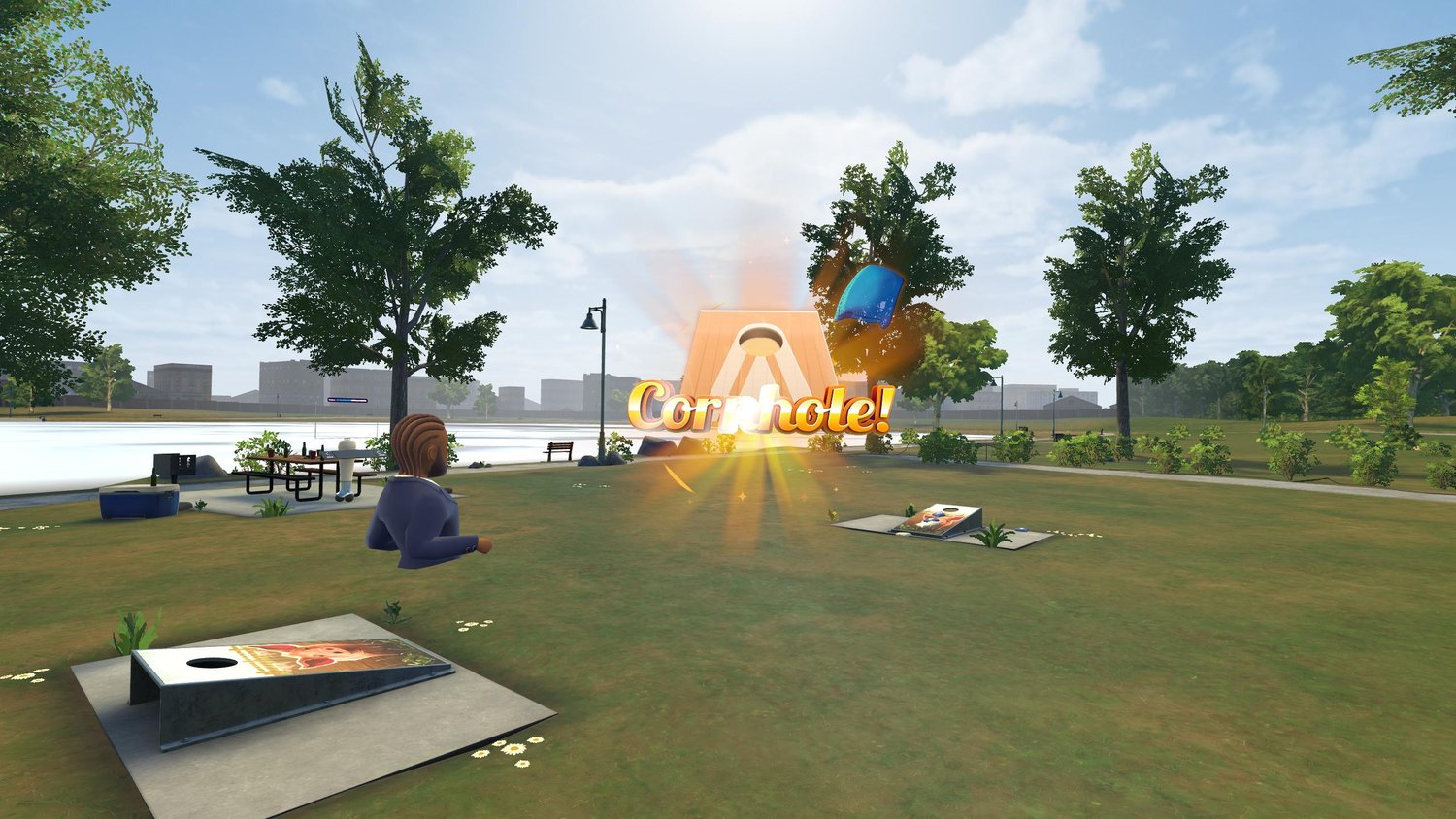 Developer ForeVR has recently released their latest title in VR games and this they took on a backyard favorite across the country: Cornhole. Did ForeVR Cornhole hit the mark, or is it best left in storage?

The history of cornhole is a little muddled and its origins may go as far back as 1325 in Germany where a cabinet maker named Matthias Kuepermann saw some kids throwing rocks at a hole. Not wanting the kids to hurt themselves or destroy property, he took some scrap wood from his shop and some small leather bags and came up with the first cornhole game. There have also been stories of Native American Tribes playing a similar game, and even a patent in 1883 of a board that used a square hole instead of the well known round one used in common boards today.

Whatever its true origins may be, cornhole has now taken on a new life here in the states and even has its own league (not associated with ForeVR Cornhole in anyway). Developer ForeVR has now created a way to play cornhole virtually, and once you get ForeVR Cornhole set up to your height, it is a lot of fun to play. 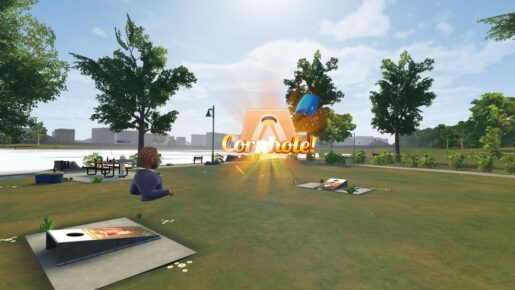 Cornhole is in itself a simple game to play. You toss bags at a hole on a board in the distance and your opponent tries to match you, or if they went first, you try to match them. Its a simple premise that plays out nicely in VR, once you get the proper adjustments set. Our first few throws using the Meta Quest 2 sent the bags into space somewhere, and it wasn’t until we squatted down that we were able to actually hit the board. Much like ForeVR Bowl, we ended up setting the floor level to actually be about knee high in order to account for this, and once we did we were hitting that cornhole constantly. It was a simple adjustment that drastically changed our experience. 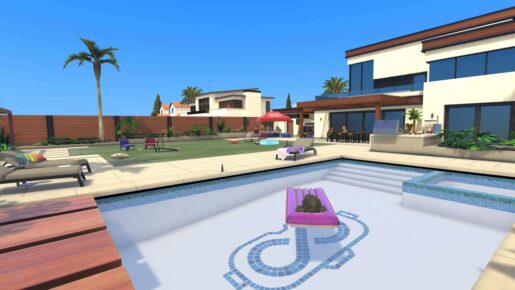 Much like ForeVR’s other titles (Darts and Bowling), ForeVR Cornhole is a polished game that looks great on the VR screen. The graphics are about as good as you can get, with smooth edges and smooth animations. The game has multiple venues to unlock and all are well detailed. There are also over fifty bags and unique boards to unlock, giving the game a huge depth of replayability. 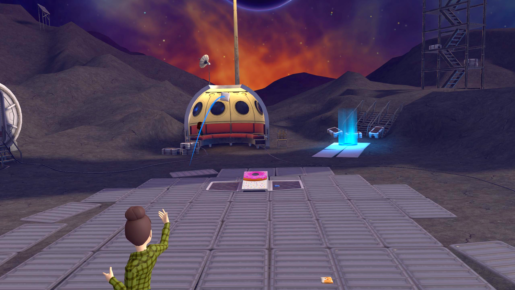 ForeVR Cornhole adds a nice multiplayer experience to the competition, adding in a ‘pass the headset’ mode, private matches to take on friends online, and even a competitive mode to take on random players online. You can just go against the CPU, and can set the difficulty level of those competitors. That’s a great way to start out and practice your cornhole skills. You’ll be airmailing in no time. 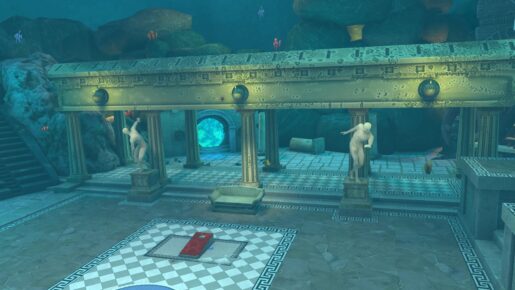 Some version of a cornhole game has been around a long time, but ForeVR Cornhole is the first to bring it to the VR world. Not only did ForeVR bring it, but they created a virtual experience to go with it. We continue to be impressed with developer ForeVR’s ability to create top notch graphics and gameplay, with tracking and animations that are unsurpassed.

ForeVR Cornhole review code provided by publisher and played on an Oculus/Meta Quest 2. For more information on scoring, please read What our review scores really mean