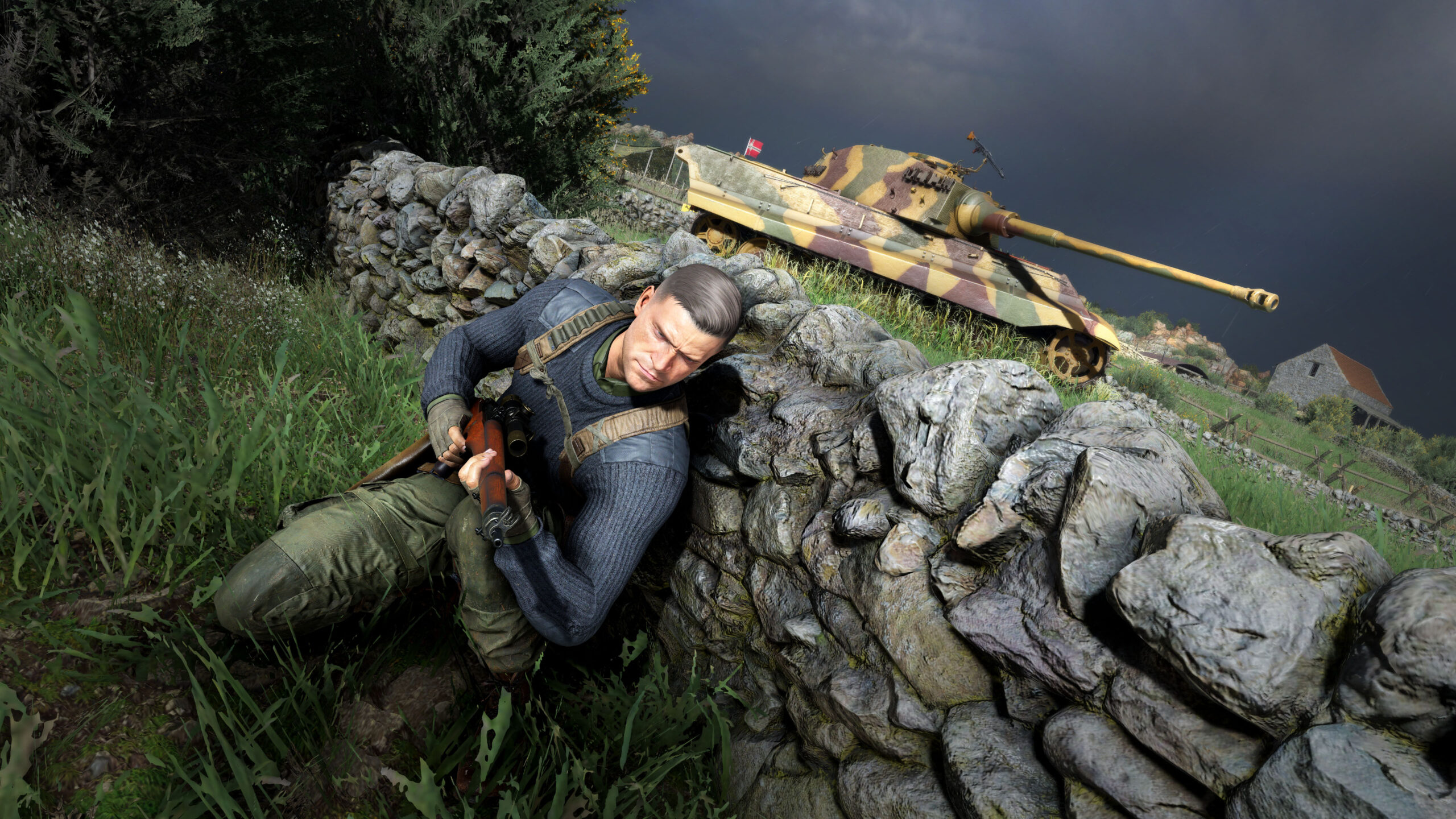 Rebellion, one of the world’s most successful independent studios, has today released a new trailer for Sniper Elite 5 showcasing the authentic World War 2 weaponry available in the latest installment of the award-winning franchise. You can view the new ‘Marksman’ trailer, captured completely in the game’s engine, here: https://youtu.be/uarAL-Iyf6Q

Sniper Elite 5 features a comprehensive suite of weaponry with the most customization and attachments ever seen in the franchise’s history. With over 200 options, including items such as scopes, suppressors, stocks, muzzle breaks, materials and more, snipers will be able to adjust their loadout to suit their playstyle and the objectives they face in each mission.

Weapon Attachments and Customization Options are primarily unlocked by finding Workbenches within each of the levels. As different elements are added, removed or adapted the changes will be reflected in four key weapon stats: Power, Rate of Fire, Control and Mobility. A stealthy player may want to opt for Power and Rate of Fire at the cost of Control and Mobility due to their methodical approach, while the opposite will be true for a more “run-and-gun” style player.

“Sniper Elite has always been defined by its authentic gunplay and we wanted to take that to the next level for Sniper Elite 5,” commented Jason Kingsley, CEO of Rebellion. “We have concentrated on enhancing the character and feel of our weapons, including the addition of an ‘Ironsights’ perspective for pistols and secondary weapons such as SMGs.

“Having conducted thousands of hours of playtests over the course of the franchise, it is clear that everyone plays the game in their own, unique way. That is why we have developed the new Weapon Customization system, allowing players to adapt their weapons to best suit the way they play and ensure that everyone enjoys the experience.”

Recognized for its unparalleled tactical sniping experience, Sniper Elite 5 will release simultaneously on Xbox Game Pass, Xbox One, Xbox Series X|S, PlayStation 4, PlayStation 5, Epic, Steam and the Windows Store on May 26, 2022. Players will reprise the role of elite marksman Karl Fairburne as they travel to France in 1944 tasked with the mission to uncover and destroy the Nazi’s latest plan: Operation Kraken.

The game features an extensive Campaign, which can be played two-player through online co-op, with real-world locations, painstakingly recreated using photogrammetry to ensure a deeply immersive experience. New traversal and movement options open these locations up like never before, giving the player even more scope to find the perfect vantage point to take their shot.

Online, the new Invasion Mode allows players to drop into each other’s Campaigns and take the role of an Axis Sniper with high rewards on offer. This brings a whole new dimension to the game’s intense drama and extra diversity to the enemies you will face on the battlefield. Additionally, 16 players can face off in adversarial multiplayer in a variety of game modes.

To keep up to date with all the latest Sniper Elite 5 news please visit sniper.com

Founded in 1992, Rebellion is one of world’s most successful independent studios. Its flagship Sniper Elite series is renowned for its authentic stealth and sniping gameplay with more than 20 million players worldwide. The latest game in the franchise, Sniper Elite 5, will be released in 2022. 2000 AD is synonymous with the absolute finest in British comic book art. With the acquisition of a $100m film studio and the world’s largest archive of English language comics, Rebellion continues to grow from strength to strength.

Rebellion now operates across books, comics, TV and film, but at its core it’s still a leading developer and publisher of games. Whether it’s the breath-taking intensity of the Sniper Elite, the face-hugging terror of Aliens vs. Predator or the grindhouse frenzy of the Zombie Army series, the Oxford-based studio is revered for creating stand-out games designed to thrill.