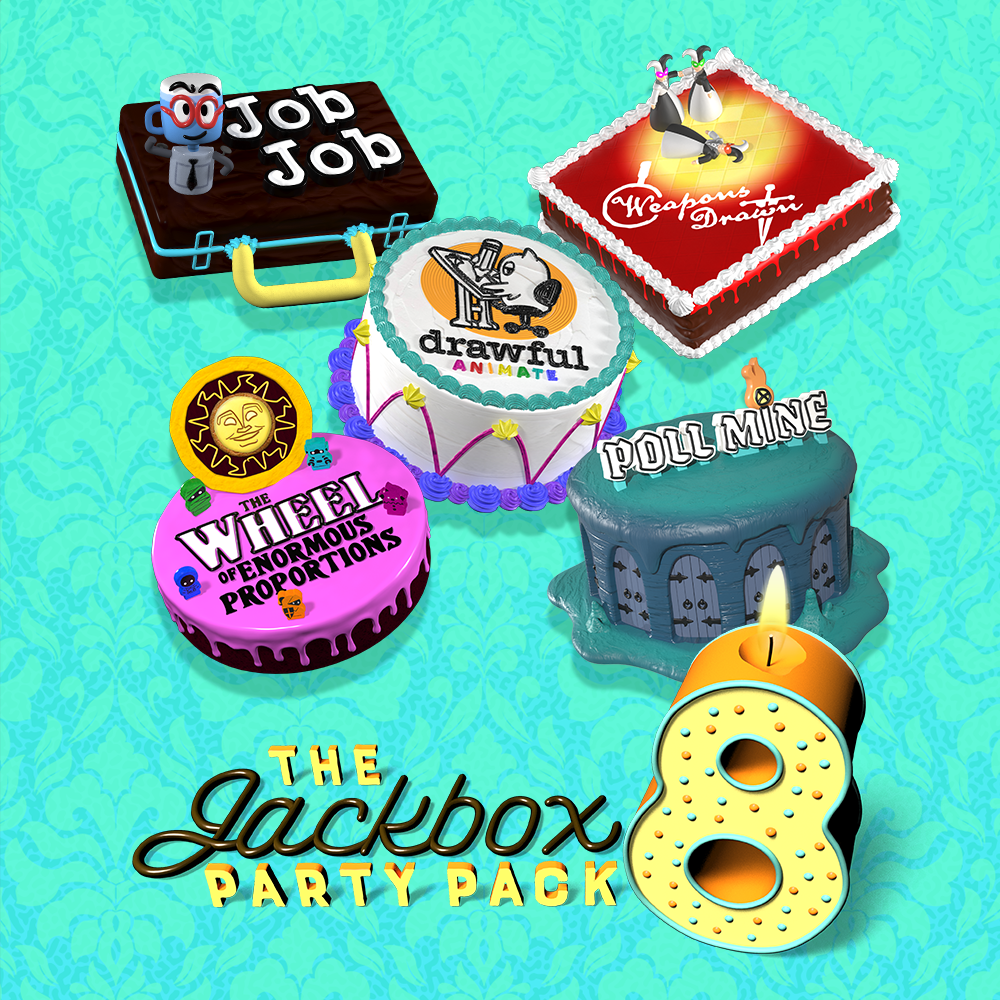 CHICAGO — Oct. 14, 2021 — Jackbox Games has launched The Jackbox Party Pack 8. This newest fun-filled pack in the hit irreverent party game series is available today on PlayStation®5, Xbox Series X|S, PlayStation®4, Xbox One, Nintendo Switch, and PC/Mac/Linux via Steam and the Epic Games Store for $29.99, but Steam users can grab the title at launch for 10% off for a limited time!

Games in The Jackbox Party Pack series support phones, tablets, and computers as controllers. Just go to Jackbox.tv on your device and enter the room code to play. Up to 10,000 additional audience members can join specific games to affect their final outcome.

Jackbox Games is a developer and publisher of party games on major gaming platforms and home entertainment devices. The studio is best known for comedic party games like YOU DON’T KNOW JACK, Fibbage, Quiplash, Drawful and Trivia Murder Party. Jackbox Games “makes the world’s best party games,” according to Business Insider. YOU DON’T KNOW JACK has been called “the greatest quiz-show game ever made” by The Onion’s A.V. Club. All current-generation Jackbox Games titles feature the innovative use of mobile devices as controllers, allowing anyone with an internet-connected phone, tablet or laptop to join a game without the need for extra game controllers. Players connect to games on their devices by visiting Jackbox.tv and entering the custom game code displayed via the system hosting the game. This unique concept also allows for games that involve secret player input. Jackbox Party Packs have been called “the definitive party game of a generation” by GQ Magazine. The company is located in Chicago, Illinois.