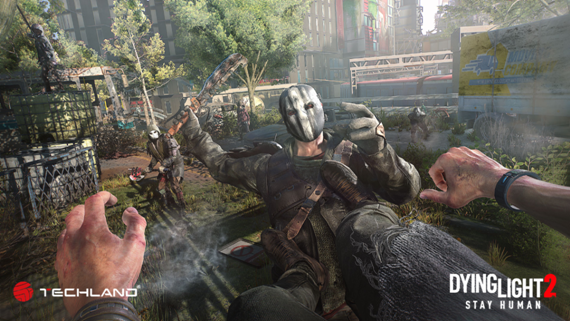 Techland presents a unique, short documentary showcasing the music in Dying Light 2 Stay Human. Sounds of the Dying City can be viewed here.

In the documentary, Techland reveals how the official soundtrack was created in sync with the game, plus the inspiration and goals that guided composer Olivier Derivière (Streets of Rage 4, Vampyr, A Plague Tale: Innocence) while working on the soundtrack with the London Contemporary Orchestra.

Witness the music recording process in Abbey Road Studios, one of the most recognizable studios in the UK (previously used by artists such as The Beatles, Pink Floyd, and U2). Learn about Derivière’s approach to scoring video games and how his vision and music were implemented into Dying Light 2 Stay Human. Thanks to the collaboration between Derivière and the talented sound-level designers at Techland, players can experience an evolving soundtrack, dynamically shifting to reflect their in-game actions.

The short documentary also touches upon many production aspects of the soundtrack recording, including a non-standard recording process used in response to the global pandemic. Artists recorded individual sections of the orchestra for the first time remotely. See how the orchestra combined efforts from London, Paris and Los Angeles to create an atmospheric, unforgettable soundtrack for Dying Light 2 Stay Human.