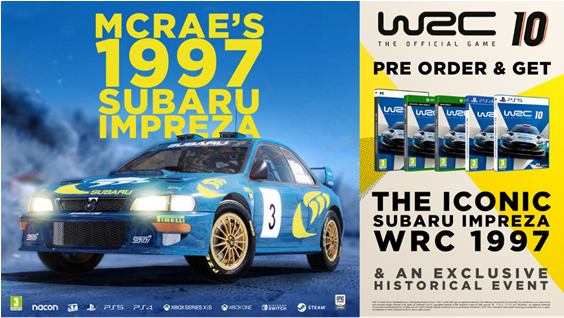 In this new video, you can watch the iconic Subaru Impreza WRC in the 1997 Rallye Sanremo, when Colin McRae achieved one of the most stunning victories of his career, overcoming the impressive Tommi Mäkinen and Carlos Sainz.

This historic event will be available in WRC 10 for players who pre-ordered either the Standard or Deluxe version of the game. You too can become a legend like Colin McRae on the roads of Sanremo!