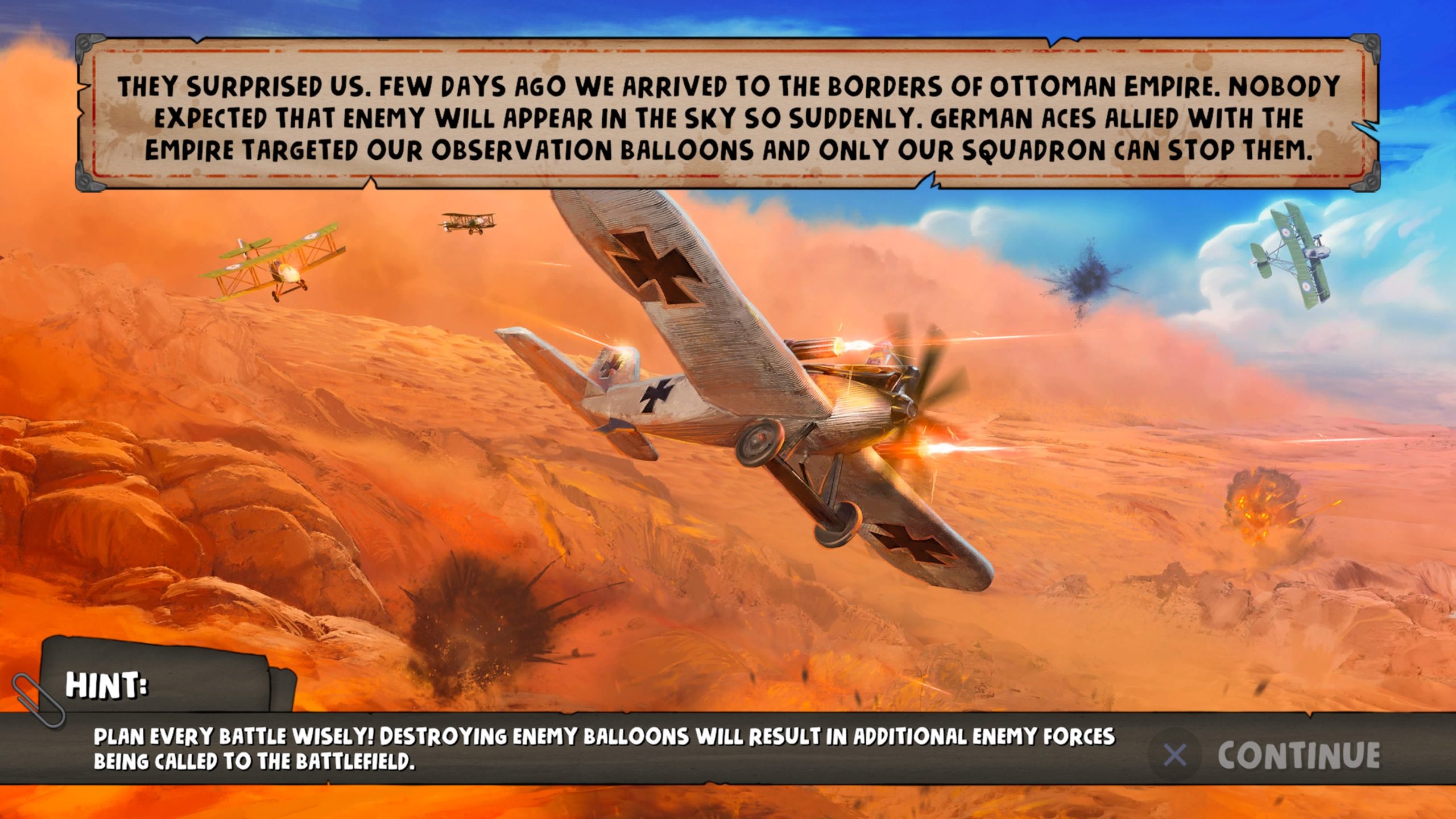 Developer All iN! Games is ready to unleash their dogfightingly fun Red Wings: Aces of the Sky upon the masses. Is the game ready for flight, or should it be returned to the hangar?

When you think of fighter pilots and dogfighting, the first thing to come to mind is probably Tom Cruise and Top Gun, that awesome movie from the 80s that glorified and sexified every aspect of fighter pilots. We wouldn’t have a Maverick and Goose, though, if it wasn’t for guys like Manfred von Richthofen, AKA The Red Baron. While he was technically a bad guy, his exploits over Europe while flying for Germany are legendary. Developer All iN! Games now gives us the chance to climb into his plane and fly through some of these legendary moments, as well as giving us the opportunity to shoot his butt out of the sky while flying for the good guys in Red Wings: Aces of the Sky. 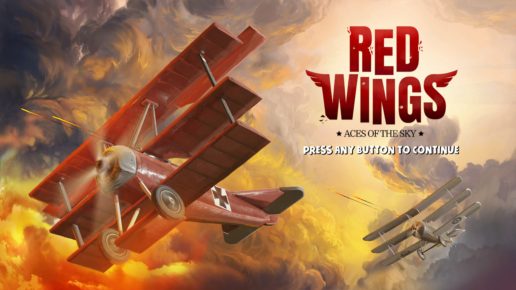 Red Wings: Aces of the Sky: Whose Side Are You On, Anyway?

Red Wings: Aces of the Sky gives you several choices for the story mode. You can play local co-op (online co-op would have been awesome) or you can go it alone, choosing to play as either the Triple Alliance (AKA as the bad guys) or the Triple Entante (The Good Guys). Each side has a bunch of missions to do, and venturing down each path will keep you busy for a long time. Missions vary from straight up dogfighting, to shooting balloons out of the sky, and a mixture of both, and also include bombing runs and flight skill tests that will have you flying through circles in the sky to refuel your plane. It’s a nice mix of modes to keep you on your toes. 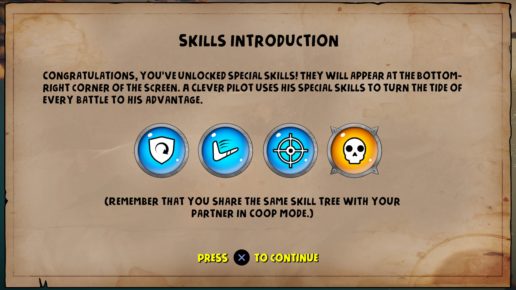 Red Wings: Aces of the Sky: Kills Gets You Skills

Red Wings: Aces of the Sky uses a pretty cool upgrade system using stars that you’ll earn for finishing missions within a certain time frame. These also unlock skills that can help you take folks out quicker. These skills are really the key to quickly finishing a mission for max stars and include the Barrel Roll, which can actually take out another plane, the Quick Comeback, which flips you 180 degrees in the other direction, the Squadron, which gives you the ability to send several planes on the attack, and the Fatal Takedown which gives you a chance to finish your opponent off with your pistol. All of these are upgradeable, so be sure to check your skill tree between missions. 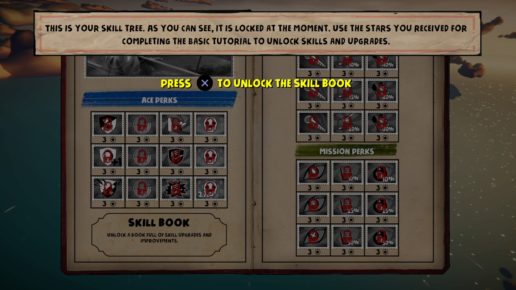 Red Wings: Aces of the Sky has upgradeable Mission Perks to spend these stars on, and these will definitely come in handy. Your plane’s machine gun gets hot pretty fast, so adding in some cooling with the Machine Gun perk is a must have feature in every pilots arsenal. You can also make that bad boy more effective with both the Critical Chance perk and the Armor Piercing perk. Again, both are upgradeable and a fully upgraded machine gun is a sight to behold. Skill points can be reset, so if you know you have a bombing run coming up, you may want to switch some of those stars from the machine gun over to the Bomb System perk for faster reload times, and then switch them back for dogfighting missions. 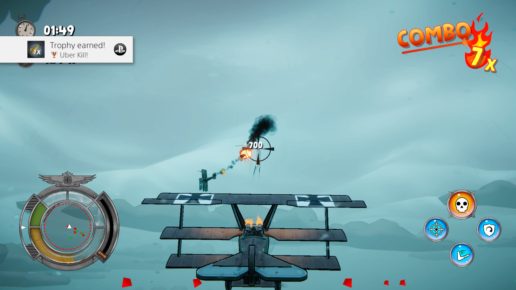 One of the biggest disappointments for us was when we plugged in our Thrustmaster T.Flight Hotas 4 Flight Stick and the game wouldn’t advance from the menu screen. We tried everything we could think of to make it work, but Red Wings: Aces of the Sky just wasn’t compatible. For us, this is a missed opportunity as quite a few gamers enjoy flight sticks, and this game should have been a perfect fit for it. We hope that the game can be updated to accommodate it later, and we will keep our readers posted if it does. As for now, we will have to stick to using our Dualshock 4. At least it can be inverted in the settings.

Red Wings: Aces of the Sky isn’t exactly setting the bar when it comes to graphics, and that really doesn’t take away from the game itself. The story is told through a series of graphic novel comic books, and the gameplay is a few steps above that in quality. It’s not hard on the eyes, and ran smoothly on our PS4 Pro, so all in all we were satisfied with the overall aesthetics of the game.

Developer All iN! Games did a pretty good job on Red Wings: Aces of the Sky, with a bunch of fun missions and aerial dogfighting that will keep you on the edge of your seat. For the low price of US$19.99, it’s a fun game that should be in any flight game enthusiasts library.

Red Wings: Aces of the Sky review code provided by publisher and reviewed on a PS4 Pro. For more information on scoring, please read What our review scores really mean.