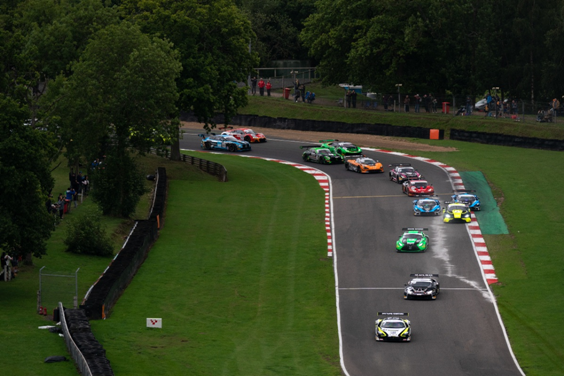 The British gamer and teammate Michael O’Brien earned the pole position yesterday, and Baldwin leaped into the race lead off the start and quickly extended a gap. Baldwin dominated the race’s opening hour – at one stage, opening up a 20-second gap within 20 laps.

By the time the No. 2 Jenson Team Rocket RJN McLaren 720s GT3 was ready to make its pit stop for Baldwin to swap to O’Brien, the gamer had a massive lead of more than 26 seconds.

Sadly, just as the pit stop window was about to open, disaster struck. A full course yellow flag safety car period was instigated for a car stuck off course. Baldwin had held the lead for 41 laps, but his huge gap was instantly eliminated.

After completing their pit stop, the team was further compromised when a recovery vehicle was released into the pit lane – costing O’Brien time and pushing him down to second place.

For the final hour of the race, Baldwin’s teammate O’Brien chased the race leader hard – closing to within a couple of feet as they battled through traffic but could not find a way back to the race lead.

The No. 2 McLaren crossed the line in second place – the team’s second podium of the year after winning the opening round at Oulton Park in early August.

“James performance today has again highlighted the success of the World’s Fastest Gamer selection process and the brilliant driver development scheme that Bob Neville and the team at RJN play a critical role in,” IDEAS+CAR COO Jane Chapman said.

“At one stage, I had visions of James repeating the Brands Hatch British GT win that World’s Fastest Gamer coach Jann Mardenborough scored as one of the pioneers of the #GamerToRacer concept back in 2012. The team was very unlucky with the safety car’s timing and the pit lane situation, but that is still a stunning result.

“His extreme pace and calmness today certainly indicates he has the potential to enjoy the same level of success that Mardenborough has achieved in his career.”

Baldwin is enjoying his debut season as a professional racing driver after taking the World’s Fastest Gamer crown in the USA last year. The 22-year-old gamer won his real-world race drive worth more than US$1 million in the competition created by Engine Media. Ten gamers were pushed to the limit over a 10-day test of both online and on-track activities.

A six-part documentary series that covered the competition has been screened on major networks across the globe, including ESPN. The World’s Fastest Gamer series will be shown on more than 70 networks reaching in excess of 610 million homes.

Baldwin and Michael O’Brien will be back on track in the next round of the British GT Championship for Jenson Team Rocket RJN at Donington Park on September 19-20.

“Luck wasn’t on our side today with the safety car and the pit lane situation, but I’m still thrilled to score our second podium of the season.

“I’m learning more with every lap, and it was awesome to lead the race for so long today. I felt really comfortable in the car and can’t wait now for the next round.

“Motorsport is full of ‘ifs, buts, and maybes’ – having your lead vanish like that with a safety car was certainly tough, but some weeks that will be to your advantage.

“Pre-season, If somebody had offered me up a podium by round five in my first year of professional racing, I would have taken it in a heartbeat. 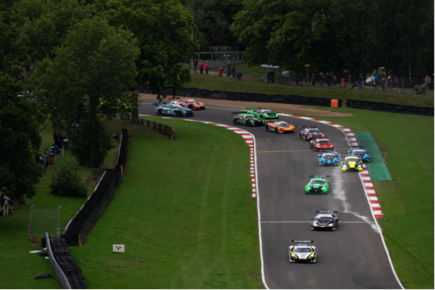 “Obviously, our expectations have changed a little, but the important thing is we had another great haul of points today. Michael and the team both did a great job this weekend, and we now have to keep building on this momentum.

“I still have to pinch myself a little. Twelve months ago, I was getting excited to travel to the US for the World’s Fastest Game finals. My life has had an incredible transformation in the past year, and I’m just enjoying it one lap at a time and trying to learn as much as can.”