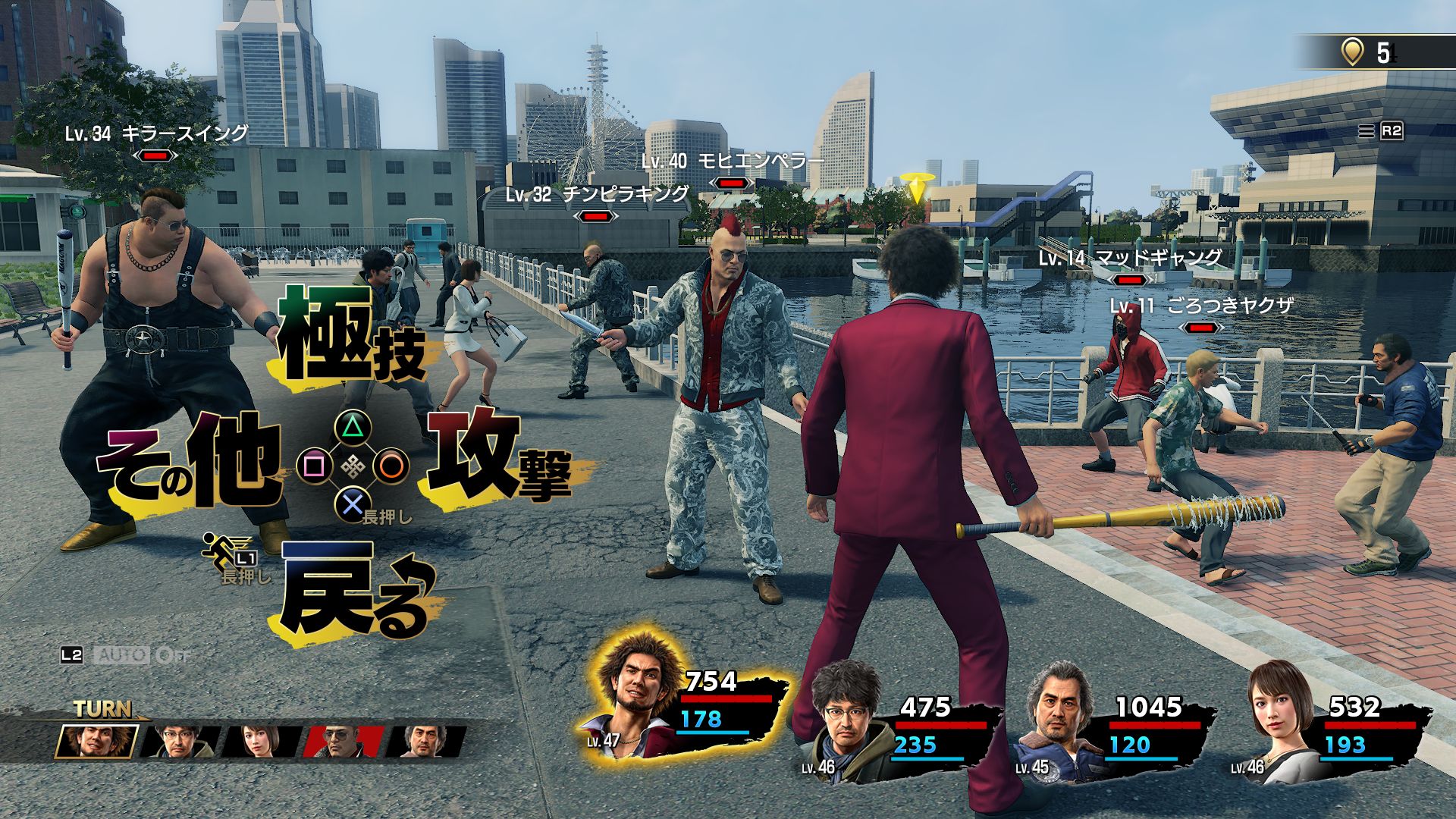 ORDER UP! GET READY TO BUST SKULLS AND BAKE SOUFFLÉS, THE RPG NO ONE SAW COMING, YAKUZA: LIKE A DRAGON ARRIVES ON NOVEMBER 13, 2020

ORDER UP! GET READY TO BUST SKULLS AND BAKE SOUFFLÉS, THE RPG NO ONE SAW COMING, YAKUZA: LIKE A DRAGON ARRIVES ON NOVEMBER 13, 2020.

New Trailer Showcases RPG Bona Fides with Brawls, Brutal Beatdowns, and Bawdy Buffoonery; Get a First Look at the Outrageous Jobs to Choose From in Yakuza: Like a Dragon –
Rise Like a Chef, an Idol, a Breakdancer, and More!

SEGA’s Breakout RPG Coming to Current and Next Generation Platforms

Releasing with the next generation of videogame hardware, Sega of America has revealed that Yakuza: Like a Dragon will launch on November 13, 2020 on Xbox One X, Xbox One, Windows 10, PlayStation 4, and Steam. Yakuza: Like a Dragon will also be available on the Xbox Series X console on day 1 of its release, as well as PlayStation 5 at a later date. An experience like no other, Yakuza: Like a Dragon brings dynamic RPG gameplay to the streets of Yokohama, Japan, with an adventure that combines the intense brawls that the Yakuza series has been known for, with the strategic depths, party customization, and massive variety of skills that you’d expect from a classic RPG.

In less than 2 minutes, the new ‘How Will You Rise?’ trailer takes players on a journey through the streets of Yokohama, Japan, the new setting for Yakuza: Like a Dragon. In the video, we see Ichiban Kasuga, the first main new protagonist in the history of the mainline Yakuza series, alongside some of his loyal party members, Nanba, Saeko, and Adachi, as they swap between just a few of the 20+ unique Jobs available throughout the game. In what can only be described as a meta worldview, Ichiban envisions himself the lead character in an RPG and his ensuing skirmishes take on the form of turn-based battles. If you’ve ever wanted to don a chef’s hat and sprinkle enemies with a dash of pepper to finish them off in style, we’re happy to say that no game other than Yakuza: Like a Dragon will offer you that experience.

With over 12 million units sold worldwide since its creation in 2005, the Yakuza / Ryu Ga Gotoku series was created with the core concept of “Entertainment geared towards mature audiences” in mind, this series portrays the life of relatable people living in Japan’s red-light districts. Ryu Ga Gotoku Studio excels at bringing players into a true-to-life realization of modern Japan while exploring themes of love, humanity, and betrayal, creating an experience unlike any other in digital entertainment.

About SEGA® of America, Inc.:

SEGA® of America, Inc. is the American arm of Tokyo, Japan-based SEGA CORPORATION, a worldwide leader in interactive entertainment both inside and outside the home.  The company develops, publishes and distributes interactive entertainment software products for a variety of hardware platforms including PC, wireless devices, and those manufactured by Nintendo, Microsoft and Sony Interactive Entertainment. SEGA of America’s website is located at www.sega.com.