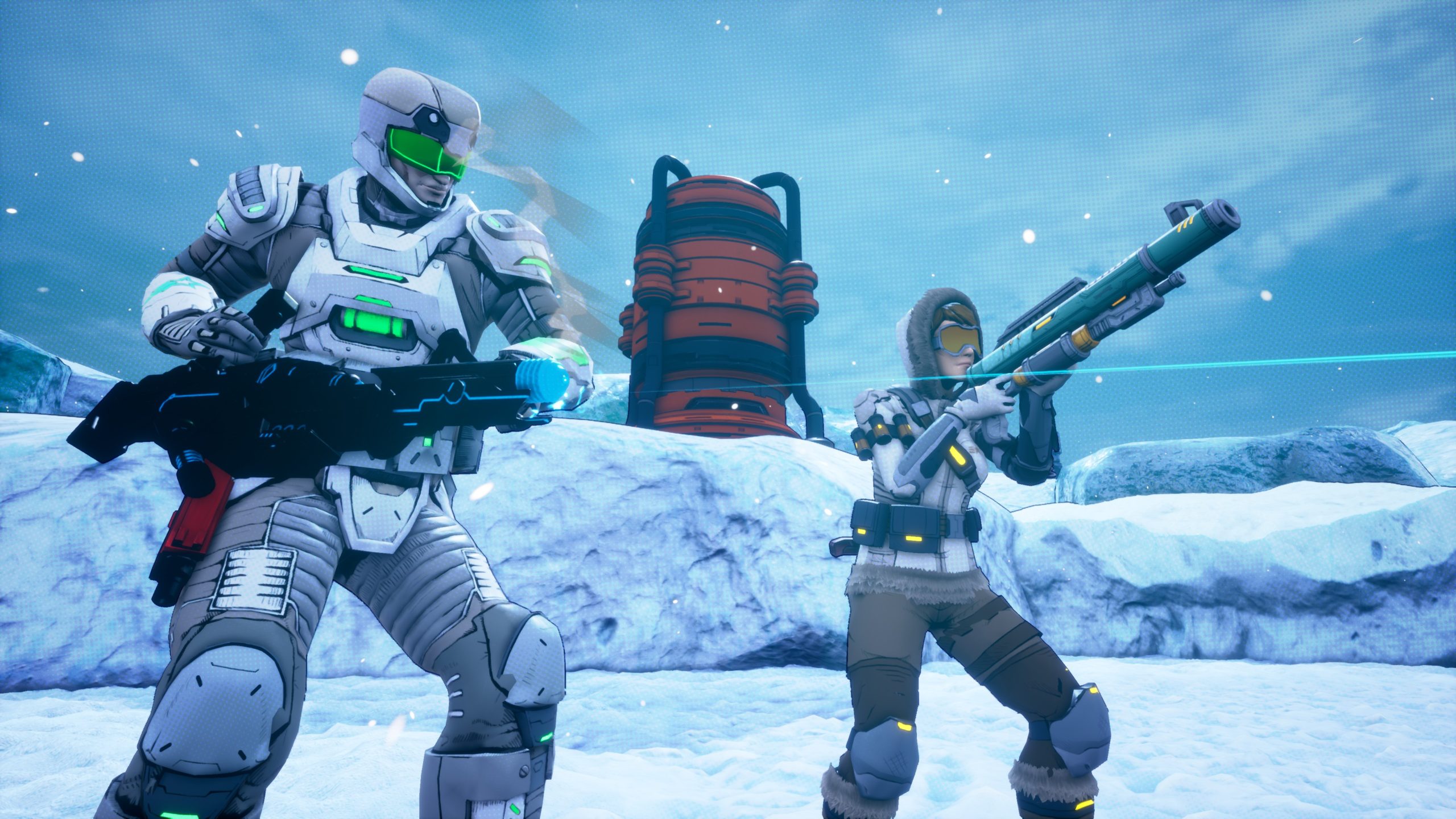 MINNEAPOLIS – Aug. 13, 2020 – G.I. Joe: Operation Blackout, a new team-based, third-person shooter based on Hasbro’s mega-popular franchise, has been revealed. Play as your favorite heroes and villains from Team Joe and Team Cobra in this action-packed adventure, coming to PC, Nintendo Switch, PlayStation®4 and Xbox One on Oct. 13, 2020.

Travel to monumental locations like Cobra Headquarters and the U.S.S. Flagg through an original story inspired by 80s-style comics. Take on 18 campaign missions featuring iconic vehicles and boss battles in single-player or local split-screen co-op.

G.I. Joe: Operation Blackout features 12 playable characters, including Duke, Snake Eyes, Cobra Commander, Destro, Roadblock, Storm Shadow and more. Each soldier has their own unique powers and can be customized with a variety of weapons and skins. There’s also multiplayer with modes such as Capture the Flag, Assault and King of the Hill.

GameMill Entertainment, located in Minneapolis, Minnesota, is a third-party publisher of console and mobile games for passionate fans around the world. Development platforms include PC, Nintendo Switch, Microsoft consoles including the Xbox One video game and entertainment system, and Sony consoles including the PlayStation®4 computer entertainment system, and mobile devices. With development across the globe, GameMill is a source of entertaining and fun games for all ages. For more information, please visit https://gamemill.com.

Hasbro (NASDAQ: HAS) is a global play and entertainment company committed to Creating the World’s Best Play and Entertainment Experiences. From toys, games and consumer products to television, movies, digital gaming, live action, music, and virtual reality experiences, Hasbro connects to global audiences by bringing to life great innovations, stories and brands across established and inventive platforms. Hasbro’s iconic brands include NERF, MAGIC THE GATHERING, MY LITTLE PONY, TRANSFORMERS, PLAY-DOH, MONOPOLY, BABY ALIVE, POWER RANGERS, PEPPA PIG and PJ MASKS as well as premier partner brands. Through its global entertainment studio eOne, as well as its entertainment labels, Allspark Pictures and Allspark Animation, Hasbro is building its brands globally through great storytelling and content on all screens. Hasbro is committed to making the world a better place for children and their families through corporate social responsibility and philanthropy. Hasbro ranked No. 13 on the 2019 100 Best Corporate Citizens list by CR Magazine, and has been named one of the World’s Most Ethical Companies® by Ethisphere Institute for the past eight years. Learn more at www.hasbro.com, and follow us on Twitter (@Hasbro) and Instagram (@Hasbro).