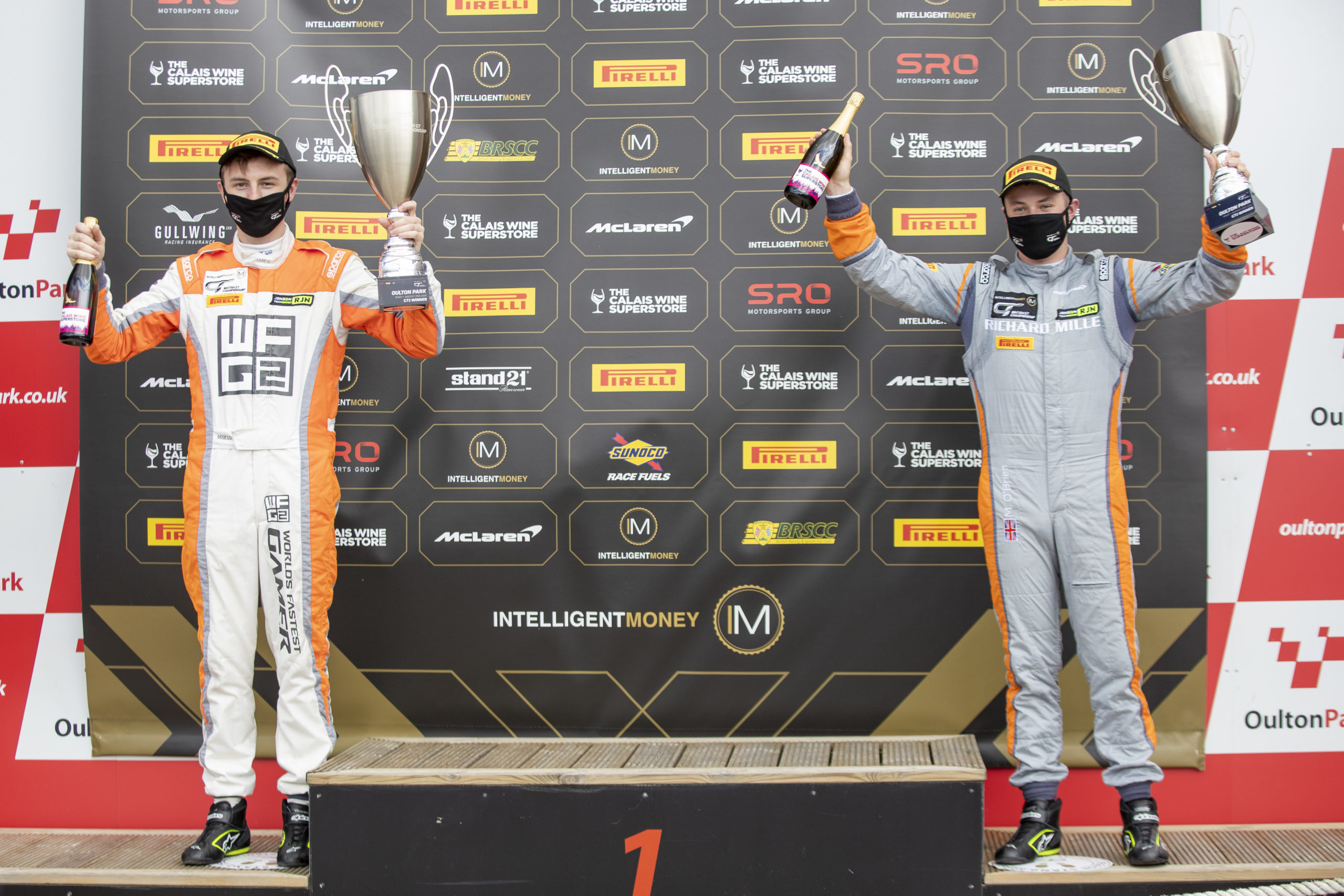 Last October, Baldwin battled nine other gamers in a 10-day tour from Las Vegas through to California in a series of online and on-track racing tests to earn a real-world racing contract worth more than US$1 million.

The 22-year-old shocked the competition on Saturday when he recorded the fastest qualifying time – only to lose his fastest lap due to a track limits infraction. His second fastest lap was still fast enough to start from fourth on the grid aboard the McLaren 720S GT3 machine run by the team co-owned by 2009 Formula 1 World Champion, Jenson Button.

Baldwin made a strong start from fourth on the grid and spent his 30-minute stint pushing hard for third place. The Jenson Team Rocket RJN team gained a position on the pit stop when Baldwin handed over the McLaren to teammate Michael O’Brien.

Resuming in third spot, O’Brien gained a position on track, and the duo then took the lead when a rival received a penalty forcing them to the pit lane.

Despite a late-race full-course-yellow, O’Brien held the lead to earn him and Baldwin an incredible victory.

278 days ago @JaaamesBaldwin was a gamer with a dream.
📅 Last year @jpmontoya handed him the trophy for winning #WFG2.
🏆 Today he started his first professional race with @Michael_OB94 and won for @JensonButton Team @Rocket_Msport RJN in @BritishGT!#GamerToRacer pic.twitter.com/TNCb6YsrVg

Baldwin was one of several leading esports stars pre-selected for last year’s World’s Fastest Gamer finals. Other finalists included qualifiers from the Engine Media-owned Gear.Club mobile franchise. More than 45,000 qualifying attempts were made on the mobile platform last year.

“I thought all my dreams had come true when I won World’s Fastest Gamer, and my racing hero Juan Pablo Montoya handed me the trophy,” Baldwin said.

“278 days later to come to Oulton Park in the British GT championship and actually take victory is just incredible. We came so close to getting pole yesterday, but I was still thrilled to be fourth fastest.

“In the race, I was pushing hard for third but was keen to make sure I handed the car off to Michael clean without any damage. The team did a great job to gain us a position on the stop, Michael gained a position and then one of our rivals had a penalty.

“I was so nervous waiting for the race to finish but just elated to end up with a win on debut. I spent a lot of time on the simulator to prepare for this weekend, and that paid off today.

“The team kept telling me all weekend to be patient, and that really paid off for us. I have been given this incredible opportunity, and there are a lot of eyes on me. Being a racing driver is all I have ever wanted to do, and World’s Fastest Gamer has now given me that chance – I’m just elated.”

9 days until @JaaamesBaldwin makes his @BritishGT race debut.
Want to follow in his footsteps?
You can qualify for #WFG3 on @gearclubthegame right NOW!
Check out more
➡️ https://t.co/89Qm6toQCQ pic.twitter.com/EJO4BqKWJH

Baldwin and O’Brien started 10th in the second one hour race today. An off-track excursion on the opening lap pushed O’Brien down to 12th, but O’Brien and Baldwin fought back strongly to cross the line in seventh place in a race heavily disrupted by a lengthy safety car period that stalled the duo’s forward progress.

“However, we’ve never seen a gamer like this arrive in professional racing and win on debut. That is ground-breaking. This is not only a testament to the incredible talent that we unearthed in James but also a result of the advances in sim racing – the similarities between the cars in the game and cars on the track are getting closer and closer.

“We’re very excited to see what James can do in the rest of the British GT championship. He still has a massive learning curve ahead, but to nearly score the pole yesterday and now take a win – he has certainly made an incredible impression.”

Baldwin’s journey to becoming a World’s Fastest Gamer winner was showcased recently in the US on ESPN who debuted the six-part documentary series developed by Engine Media. 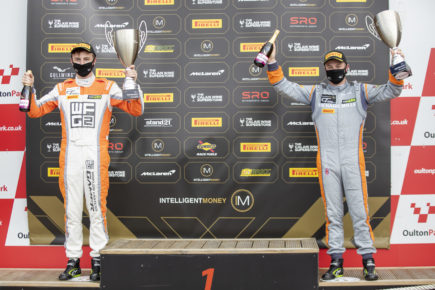 Engine’s motorsport media platform “The Race” has also showcased the World’s Fastest Gamer winner by securing the British GT Championship’s live streaming rights in 2020. Featuring websites, social media channels and YouTube for “The Race” and “WTF1” – Engine Media has established itself as a market leader for global motorsport content in 2020 with more than 50 million video views on YouTube alone.

The third season of World’s Fastest Gamer is now underway with mobile gamers having the chance to qualify by driving a virtual version of Baldwin’s Mclaren 720S on the Gear.Club platform.

Baldwin’s next race for Jenson Team Rocket RJN will be held at Donington Park in the UK on August 15-16.