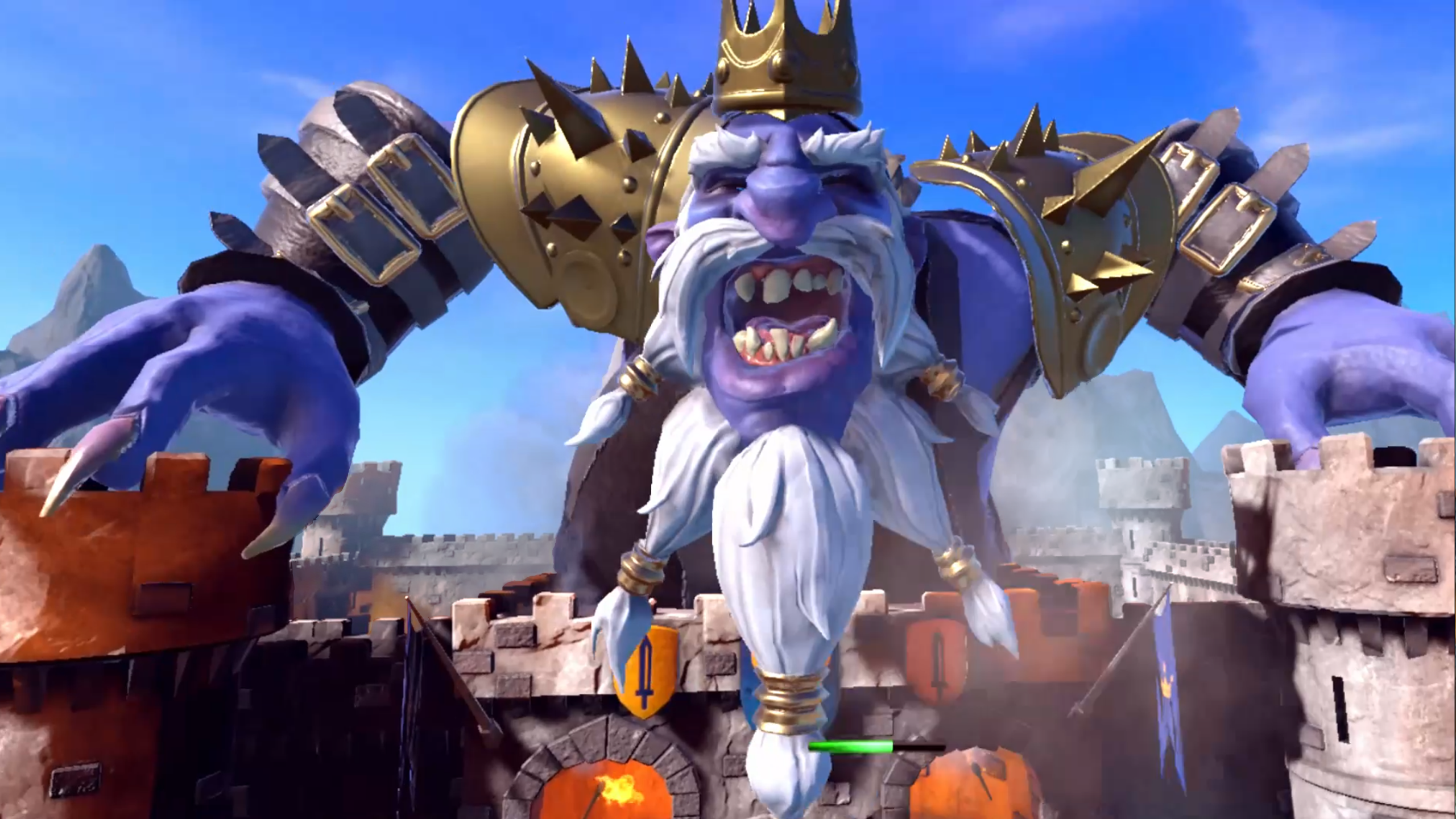 Be Giant in this Fun-For-All Gargantuan Adventure Coming to PlayStation VR, Oculus, and Vive

Knocktwice Games announced that their arcade-action style VR title, Good Goliath, is coming to PlayStation VR, Oculus, and Vive Spring 2020. Players take on the role of a giant in a storybook world, who is suddenly attacked by hordes of little foes. Fight back against a constant wave of tiny terrors by using everything thrown at you – barrels, wagon wheels, cannonballs, and even the enemies themselves – and throw them back at ‘em! Journey through vibrant and cartoon style levels and look for breakable structures to find hidden treasure, and even get healthy cake from the jolly baker. Good Goliath is packed with delightful VR gameplay and hilarious content that is sure to keep everyone in your family entertained for hours.

Watch the trailer for Good Goliath

Once upon a time, a gentle giant wakes from a deep slumber to discover himself under attack by a tiny angry mob. With no real weapons to defend himself, the giant must use anything that he can in order to survive! In Good Goliath, players are the giant and battle against hordes of pitchfork wielding villagers, cavalry mounted soldiers, and even flying devilish imps.

With wave-based tower defense gameplay where players are the tower, catch and dodge pitchforks, barrels, and other weapons as they are launched even grab some of those tiny villagers out of the air as they launch themselves and use them to knock out their friends! Battle armies of bitty foes, formidable mini-bosses and colossal monsters as you play this arcade-action experience. From castle mountain tops, shark-infested pirate islands and creepy caverns, unleash the powerful thrill of being giant in Good Goliath.