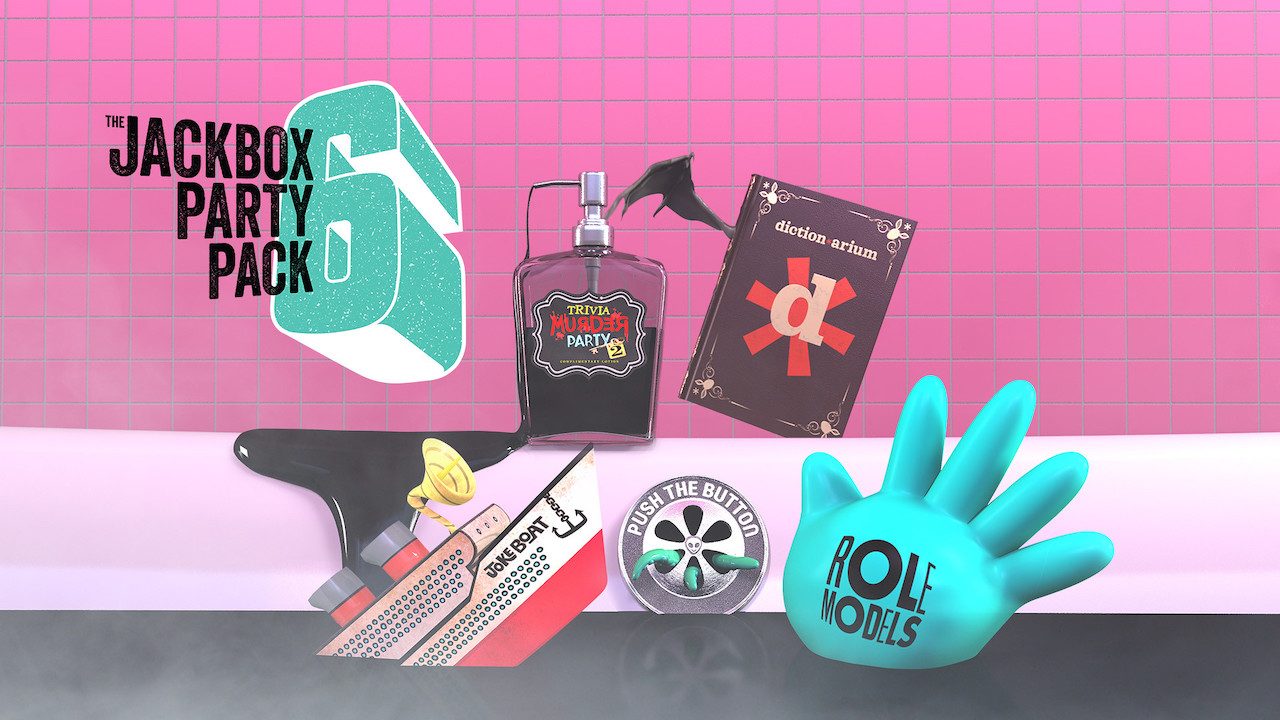 The folks over at Jackbox Games make five party games a year and release them in a pack called — ingeniously — The Jackbox Party Pack. They’re on Party Pack 6 this year (available for PS4 tomorrow, October 17) and they’re more excited than ever about this set of games. How is that possible? Well, just like a healthy marriage or the veggie crisper in your fridge, they keep things fresh. Each game has a new mechanic, core concept, or function that they’ve never tried before. And they’d like to highlight a few of those here!

They brought back fan-favorite Trivia Murder Party and they’ve called it — ingeniously — Trivia Murder Party 2. They added all-new trivia, a load of new minigames, and a whole new backdrop (ever been to a haunted murder hotel?). They also listened to their international audience and delivered on a cool new function. You can turn off the America questions! Yep, that means that if you toggle the “Filter US-centric Questions” button in Settings, you won’t get any questions about their weird version of football. 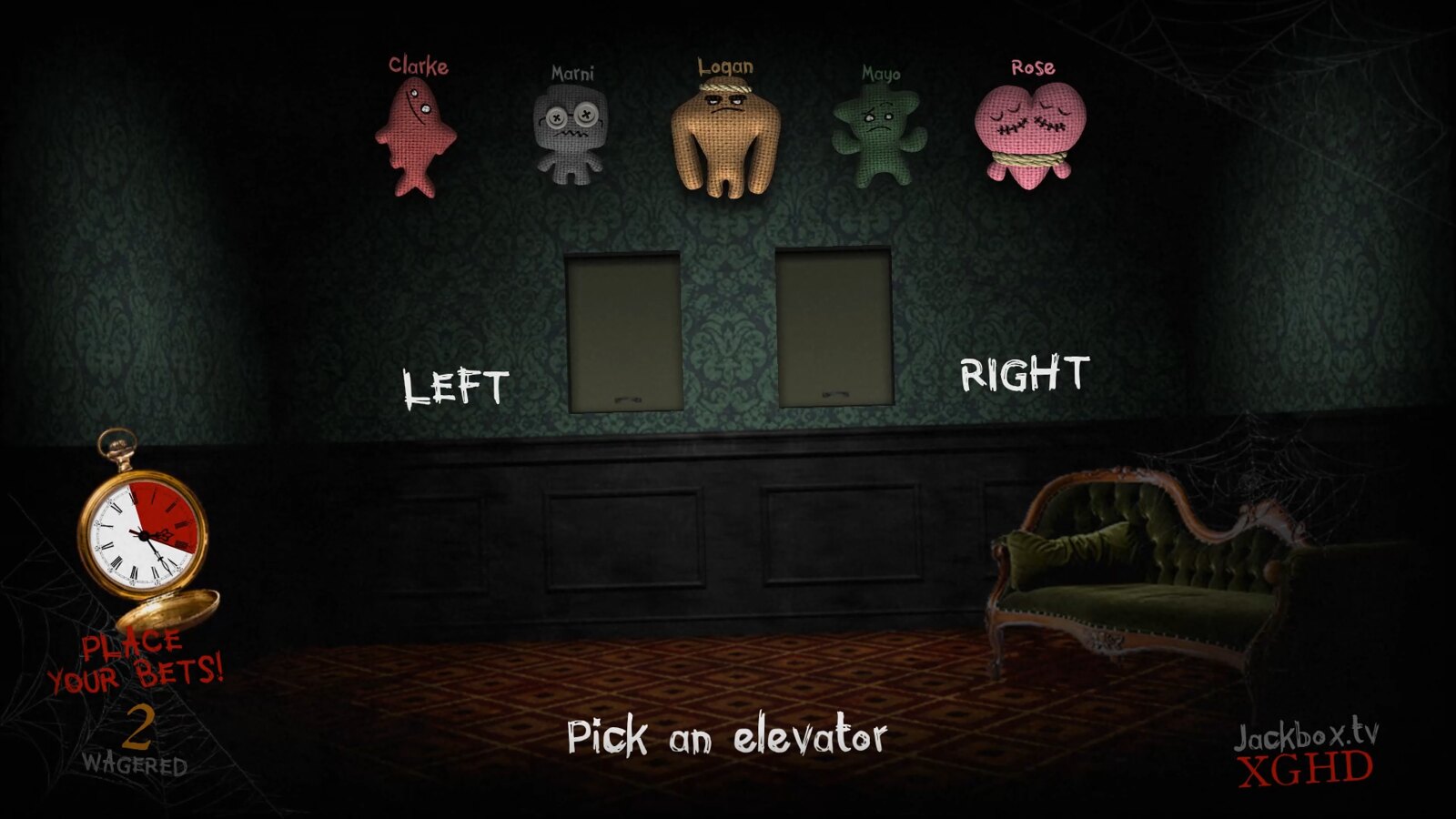 Joke Boat is a head-to-head joke writing competition. Because there is so much user-generated content, they wanted a function that gives players an extra layer of privacy and control. Introducing: passwords! If you opt for password protection, you can control who can play the game (writing jokes), while anyone with the room code can still join the audience (voting on the jokes). They put this in place especially to help their dear friends, streamers, keep games safe, civil, and troll-free. 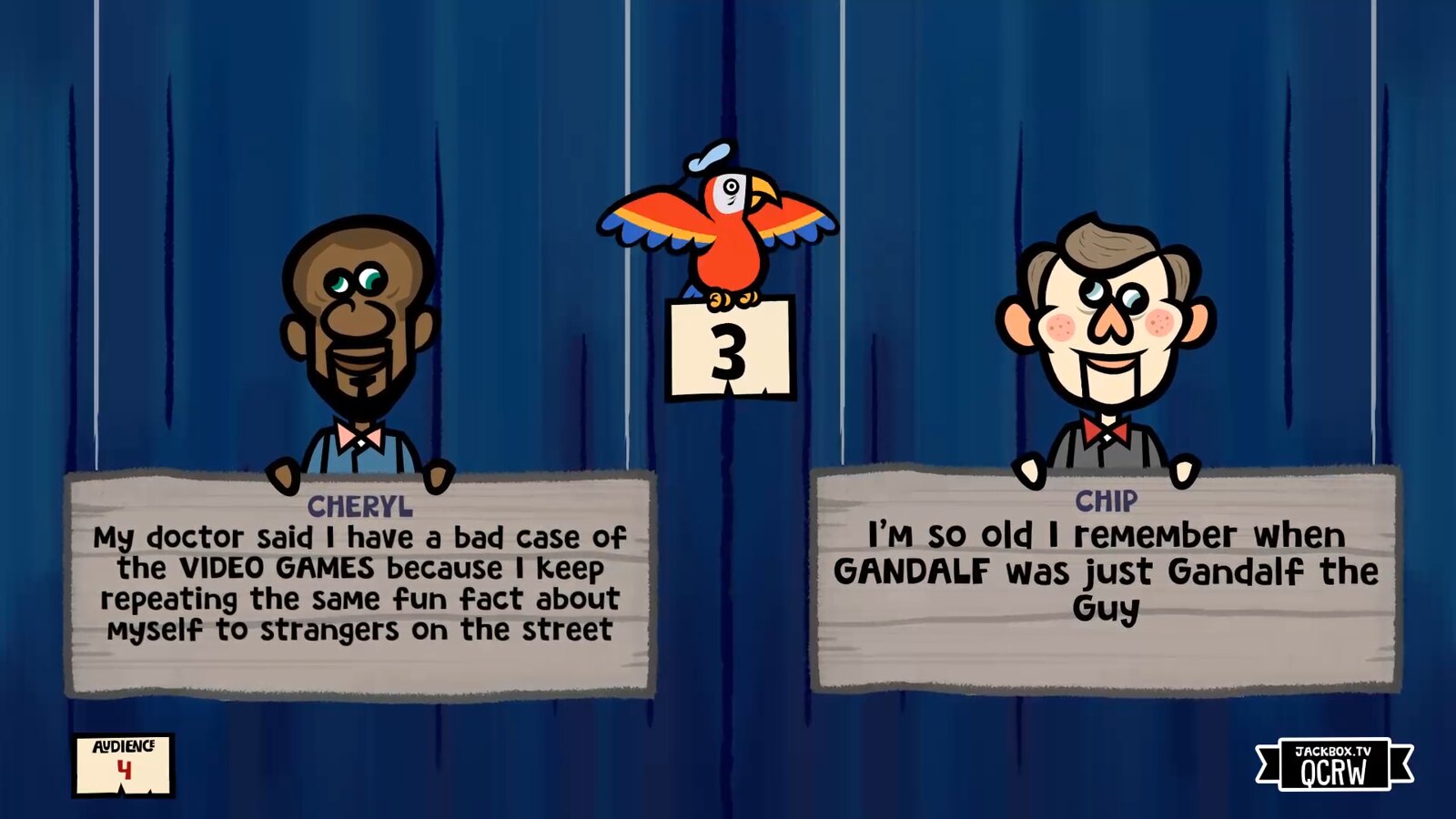 Push the Button pushed the envelope in a lot of ways. It’s their first top down isometric game and has one continuous timer. Also, their design for how the controller (your mobile device) looks and works is their most ambitious yet. Since it’s a hidden identity game where you gather data on your fellow space passengers, the controller tracks everyone’s answers and makes them available for future reference. That way, when you make your big accusation, you have exhibits A-F to back it up. They want you to be the best alien detectives you can be, and they built a slick controller to get you there. 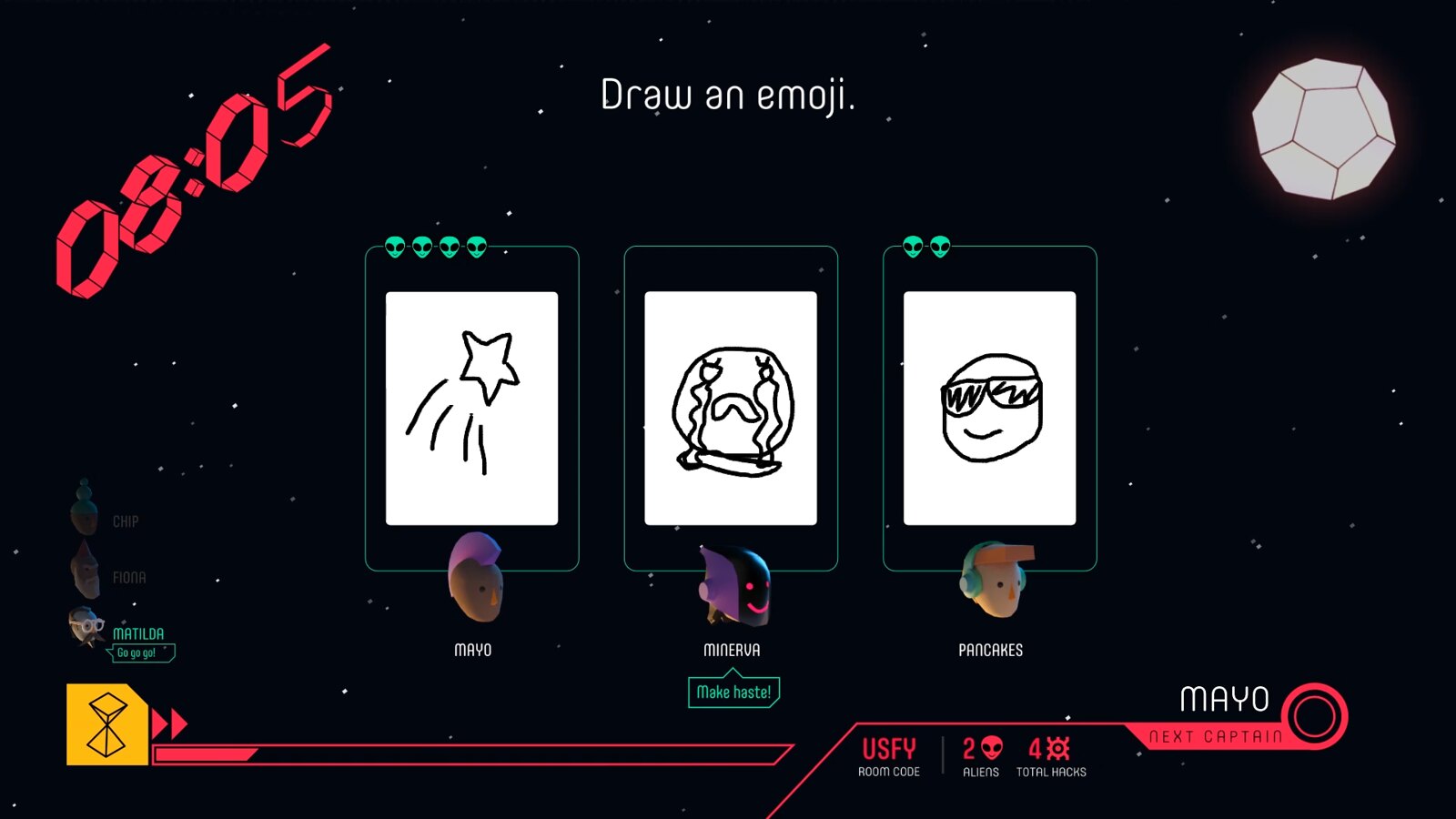 With Dictionarium, they had the goal of making a quick game with a minimal learning curve. They worked to design a three-round game that you can get in and out of in 10 minutes. They like the idea that you can either use Dictionarium as a palate cleanser after a longer, intense game (see: Push the Button) or you can play a bunch in a row. They added a cool new function that allows you to save your entries, so you can flip through your personal archive whenever you want. (Don’t worry, you can also delete them if they’re too unhinged!) 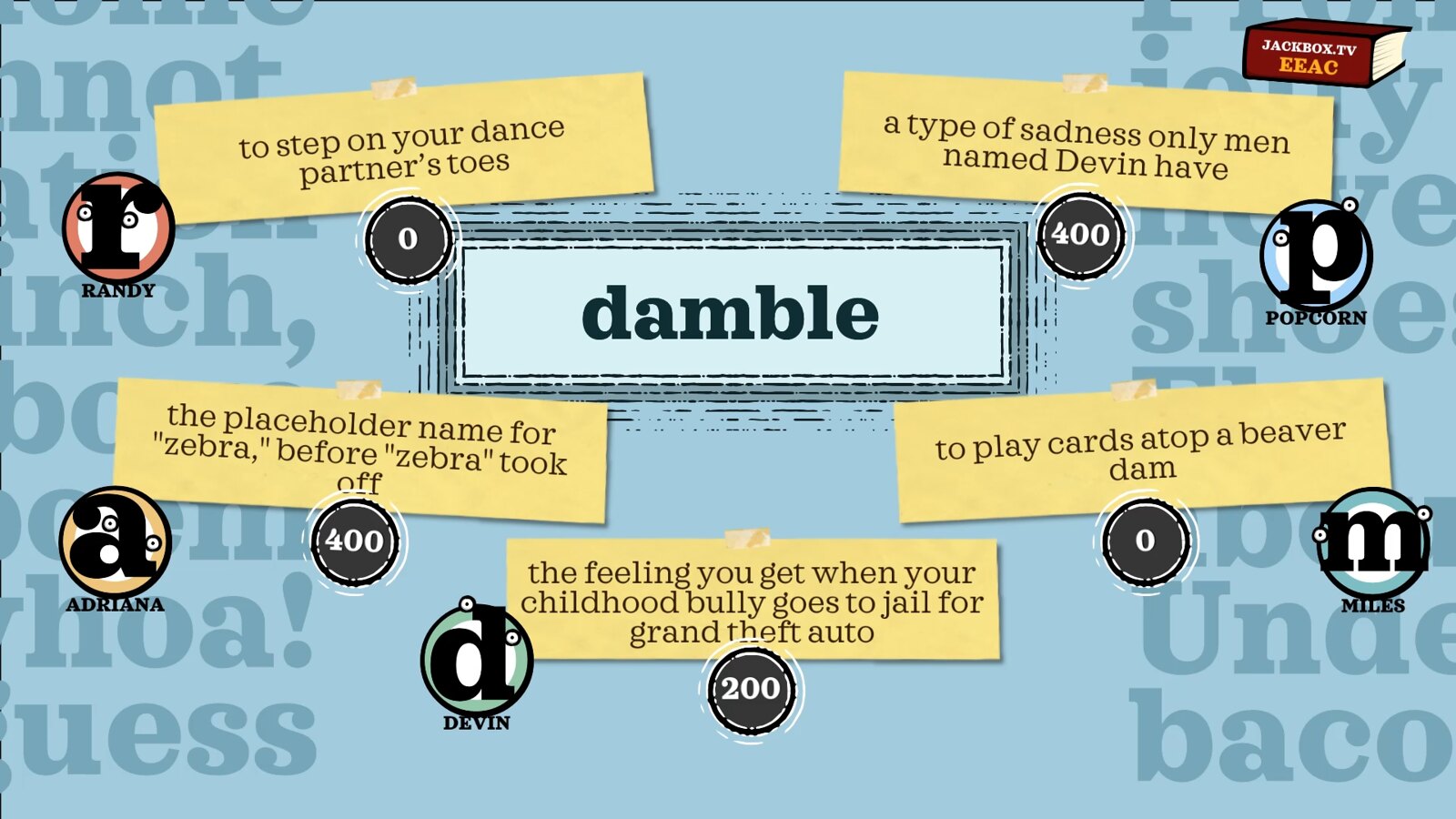 For Role Models, they knew that they’d have to get creative with the controller. The object of this game is to assign your friends weird roles (e.g. Which grandmother name are you?). They tried out a bunch of different ways to match players with roles and the one they loved the most? A drag n’ drop. You drag your friend’s name and drop them into their role. Even after you’ve arranged everyone, you can swap them around. It’s very satisfying to tap and drag your friends around your phone and they think even Meemaw will dig it. 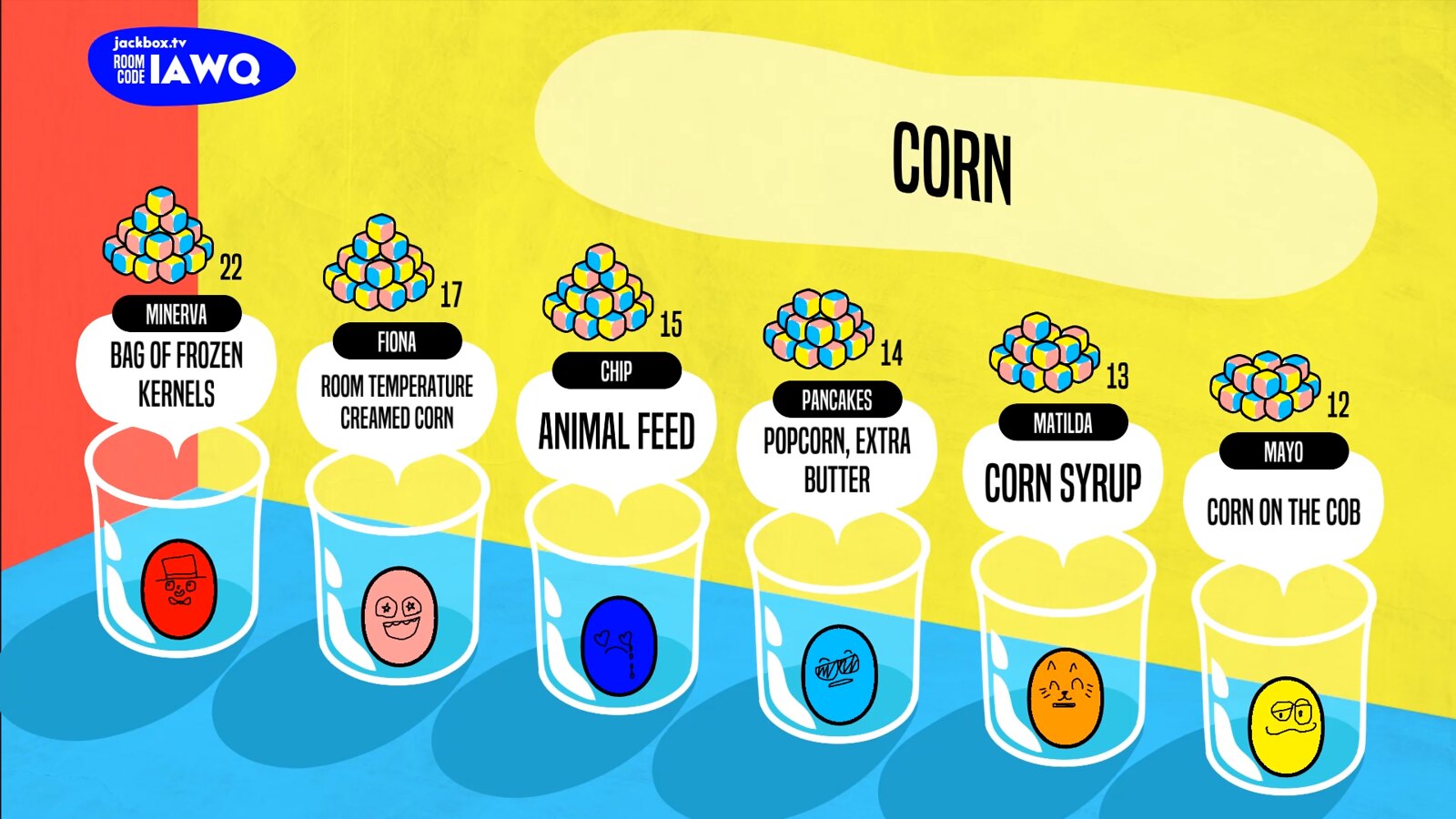 Oh, and one more thing: All five games in The Jackbox Party Pack 6 have subtitles! They’ve been wanting to add that feature for a while now and they’re happy to report that this year they’re in. Happy partying!