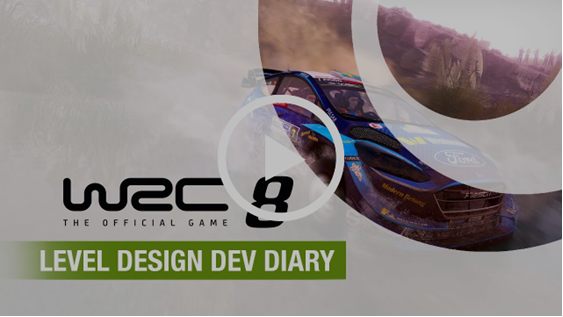 Physics and Level Design: Behind the Scenes of WRC 8

With just a few days before release, Bigben and KT Racing are pleased to share the latest glimpse behind the scenes of WRC 8, the official video game of the FIA World Rally Championship. Through two Dev Diaries, KT Racing’s Art Director, Amaury Beyris, and Physics Designer, Jérémy Lolieux, shed some light on the game’s level design and physics.

Watch the video on new and improved physics here

In the first video on level design, Amaury Beyris details each step in the process of creating a rally. From referencing the database to achieve a 1:1 scale, to recreating landmarks, each detail is crucial for reproducing the look and feel of special stages and rallies. To increase player immersion, WRC 8 also includes the unique terrain features and weather conditions of each country, which realistically affects the driving, car set-up, tyre choice and much more.

In the second video, Jérémy Lolieux talks us through some of the major physics improvements in WRC 8 compared with the previous edition. After collaborating with Citroën Racing engineers and rally drivers, the developers were able to redesign and refine the physics engine for most aspects of the car: transmission, differentials, turbo, grip, suspensions and tyre behaviour, etc. By working all these elements into the game and creating more predictable driving behaviour, players can enjoy an ultra-realistic experience and more intuitive control of the car.

This is the most complete and authentic official WRC simulation ever made. New off-road physics for all surfaces, a completely redesigned Career Mode, extreme and dynamic weather conditions, 52 teams, 14 countries, over 100 special stages, weekly challenges and an eSports mode… Experience the most intense WRC yet!

WRC 8 will release the 5th of September 2019 on PlayStation®4, Xbox One and PC and in November on Nintendo Switch™.

Bigben is a major video game publisher, designer and distributor of mobile phone and gaming accessories as well as audio products. The group, recognised for its innovation and creativity, aspires to become a European leader in each of the sectors it is active in. www.bigben.fr

Created in 2006, Kylotonn is one the most important French video game development studios, also known under KT Racing label. Specialized in motorsports and official developer of the WRC FIA World Rally Championship series and Isle of Man Tourist Trophy, the company is internationally recognized for its know-how and for the passion of its teams. With more than 100 employees as of today in Paris and Lyon, Kylotonn has developed more than 25 titles distributed by major publishers. Kylotonn has forged itself a strong technological expertise thanks to the real-time 3D engine KT Engine that the company owns. At the forefront of the video game industry, this technology is also used within R&D partnerships on autonomous vehicle projects in the automotive industry. Since 2018, Bigben Interactive, one of Europe’s leading video game publishers, holds a 100% stake in the company. Kylotonn is member of the French National Developers Federation (Syndicat National du Jeu Vidéo) and Capital Games. The company is supported by BPI, IFCIC and the Ministry of Higher Education, Research and Innovation.
For more information, visit Kylotonn’s website: www.kylotonn.com and follow the news on social networks Facebook, Linkedin, Twitter and Youtube.

About WRC Promoter GmbH
WRC Promoter GmbH is responsible for all commercial aspects of the FIA World Rally Championship, including TV production and the marketing of global media and sponsorship rights. The Promoter also has responsibility to increase the field of participants and to propose the venues that form the FIA WRC calendar.
The World Rally Championship is the FIA’s premium rally series. WRC showcases authentic motorsport, high performance cars and the world’s best drivers competing in dramatic surroundings ranging from the ice and snow of Scandinavia to the blistering heat of Mexico. Established in its current format in 1973, WRC participants battle for the drivers’ and manufacturers’ world titles at 14 rallies spanning 16 countries and five continents. Additional championship information can be found at www.wrc.com and www.wrcplus.com