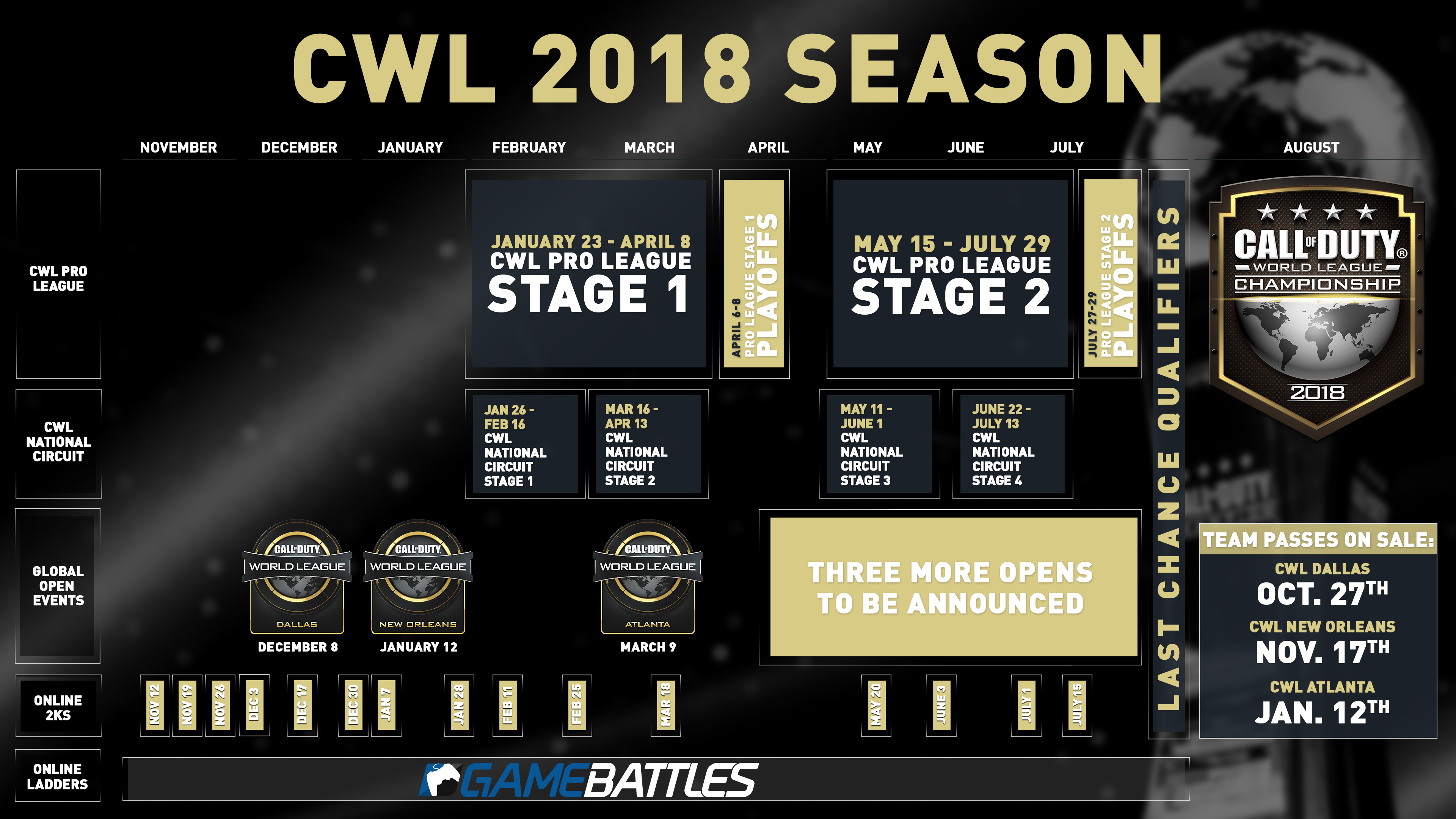 The CWL Pro League competition, a multi-stage LAN series in which CWL Pro Points determine placement and tournament seeding, kicks-off on January 23, 2018.  The Pro league will feature two divisions of eight teams competing at the MLG Arena in Columbus, Ohio, presenting fans with more matches and action per stage. 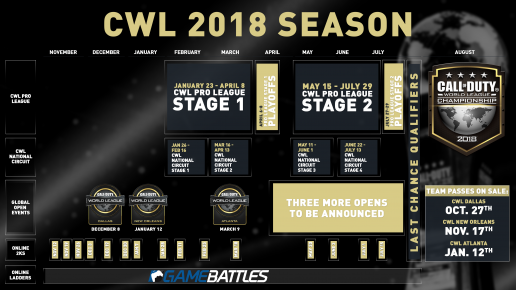 This season will introduce the CWL National Circuit, composed of eight online leagues in Australia, Canada, France, Italy, Germany, Spain, UK and US. Throughout the four stages of online competition, teams will compete for CWL Pro Points, travel and accommodation to a Global Open and, in the final stage, entry to the Last Chance Qualifier for the 2018 Call of Duty World League Championship.

“We can’t wait to start the new season of the Call of Duty World League. Beginning in Dallas in December and continuing all season long, CWL players and fans are in for the biggest season yet in Call of Duty Esports history,” said Executive Vice President and General Manager of Call of Duty, Rob Kostich. “This season will feature Call of Duty: WWII, and offer more opportunities to compete, view and experience the CWL through more open LAN events, the highly competitive Pro League and the all-new CWL National Circuit. This is shaping up to be a great season full of exciting new competition, rivalries and great gameplay.”

The new season of the CWL will officially get underway online on November 3, 2017, with the release of Activision’s Call of Duty: WWII, developed by Sledgehammer Games with additional development support from Raven Software. On launch day, regional ladders in MLG GameBattles – the official destination for earning CWL Pro Points online – will begin for teams in North America, Europe, and the Asia-Pacific regions.

For further details on the new season of the Call of Duty World League: