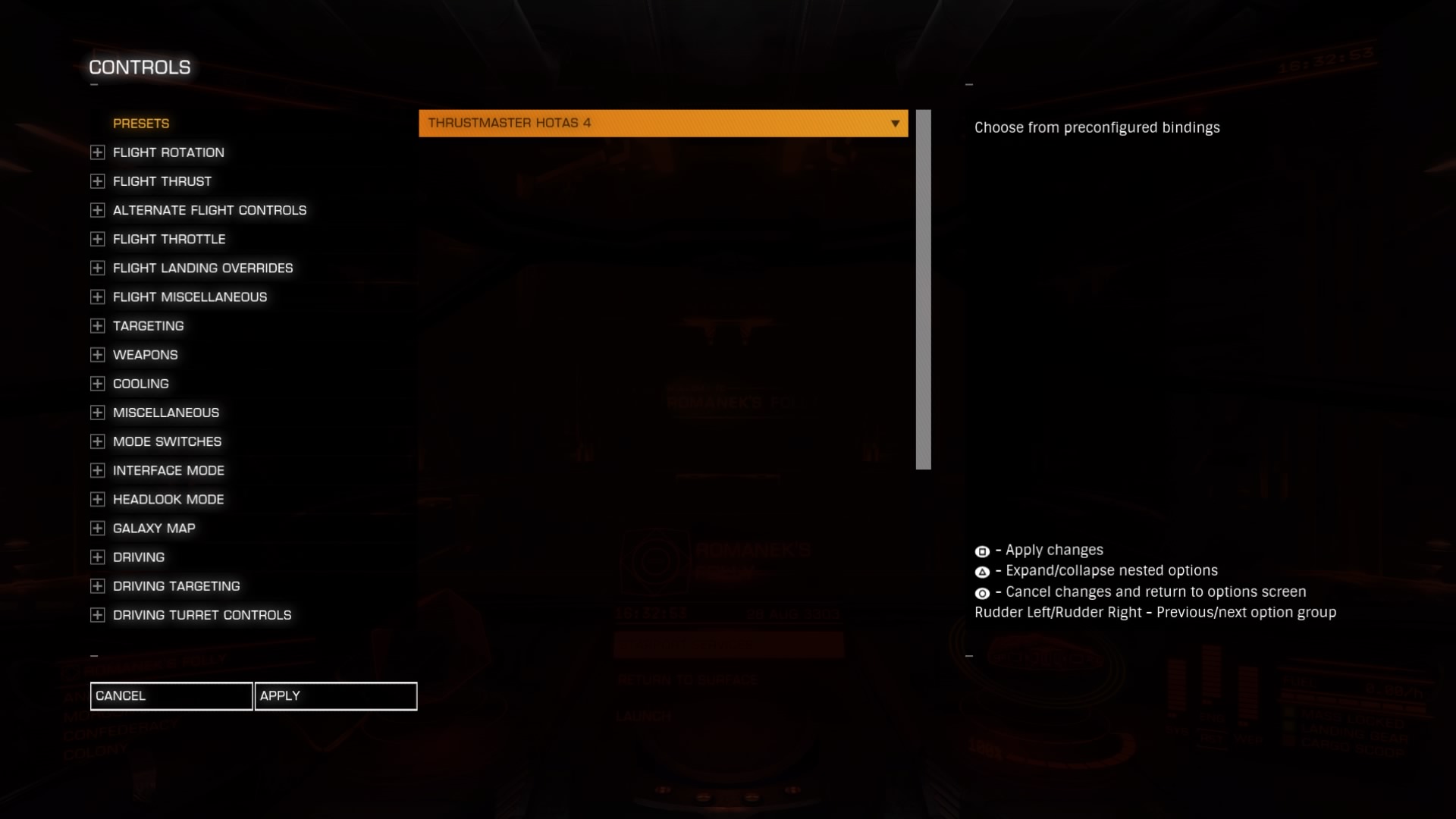 Thrustmaster sent us a T.Flight Hotas 4 Flight Stick for the PS4/PC to review. Did it improve our gaming experience and is it worth the cash or should you just stick to a regular controller?

There aren’t too many flightstick controllers around that work for the PS4, and there aren’t many games that can fully utilize one either. If you are a fan of either War Thunder or Elite Dangerous, though, you are in for a treat if you pick up one of these controllers. 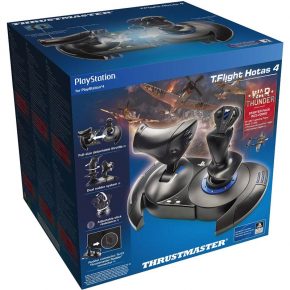 The full current list of games compatible with this controller as of 9-12-2017:

We have reviewed several Thrustmaster products in the past and one thing they know how to do is to make a quality product and the T.Flight Hotas 4 follows suit. The controller was packaged in Styrofoam so well that it would take a pretty mean FED EX or UPS driver extra time to cause any damage to it while en route to your game room. Once out of the box, the controller comes in two pieces held together by a decently sized wire. 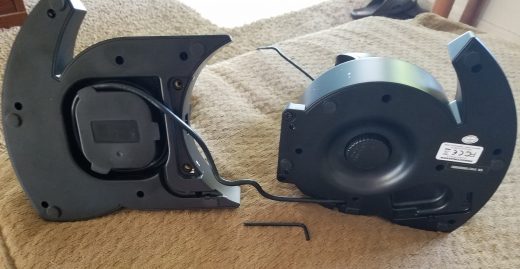 For us, while sitting on the couch or in a chair, using the controller in two pieces didn’t work very well as the controller just had too much movement. Thrustmaster includes a small Allen wrench (even includes a nice little storage spot) so that you can hook the two pieces together for a more stable experience when not playing on a flat surface. The controller also works for the PC and had we been using this at our desk, two pieces would have been great. Hooking the two pieces together takes all of 2 minutes or less, though, so trying it out both ways doesn’t require much time. 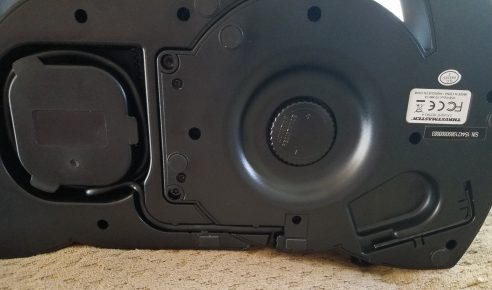 Depending on which game you are playing, setting up the T.Flight Hotas 4 is pretty straightforward as both War Thunder and Elite Dangerous (where we tested it) had settings that used it by name. Once selected, you could go in and tweak the sensitivity for a more tailored experience and the controller also has a resistance knob on the bottom of it to customize it physically. There is also an add-on rudder pedal system available for those folks that want to go all-in, but the twist of the joystick also works as a rudder and that worked very well for us. 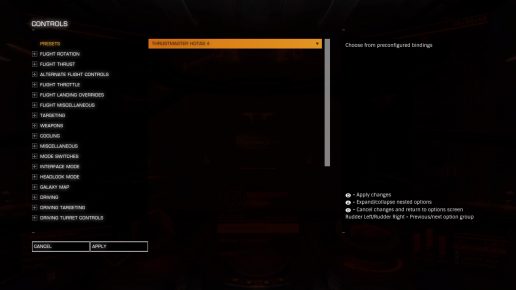 Our biggest problem with the controller was memorizing the location of each button, as there are so many available, right at your finger tips. That isn’t a bad thing, and War Thunder was nice enough to provide an image that works as a cheat sheet. You just have to print it out and keep it close by. Now if only Elite Dangerous would do the same, it would save us a lot of time making sure we don’t press the wrong button and start another intergalactic war. 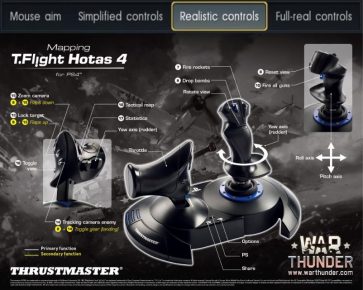 The joystick feels and looks like a quality piece of equipment. While a wireless option would have been nice, the USB cable is over 8 feet long, and if that’s still too far for you, USB extensions are cheap and easy to find at any electronics store and work well without any issues. The USB cable is fairly heavy duty and looks and feels durable. The overall quality of the flight stick is what we have come to expect from a Thrustmaster product. 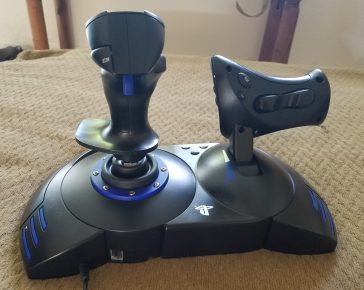 If you are looking for a great flight stick for your PS4, look no further. 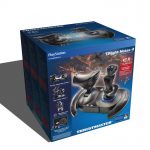 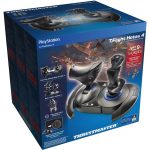