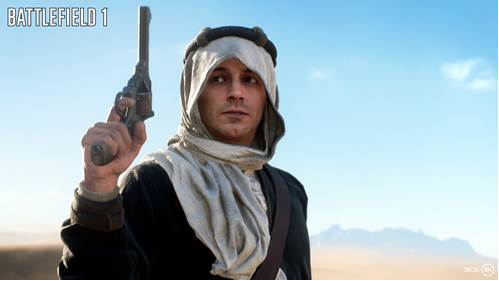 Fight across the globe in a gripping anthology of War Stories.

In Battlefield 1 you’ll experience a series of War Stories: personal stories focusing on different protagonists with unique backgrounds and skills. While the characters are at war, the stories in Battlefield 1 are personal. They’re about people rather than history or battles.

Battlefield 1 launches on October 21, 2016 worldwide on Xbox One, Origin for PC and PlayStation®4. Players who pre-order the Early Enlister Deluxe Edition can start playing on October 18**.
EA Access*** and Origin Access*** members can try Battlefield 1 before it’s released for a limited time as part of a Play First Trial starting October 13, on Xbox One and PC respectively. EA Access members receive a 10 percent discount when they purchase a digital version of the game on Xbox Live, and Origin Access members get a 10 percent discount when they purchase the game through Origin.

Are you prepared for battle?