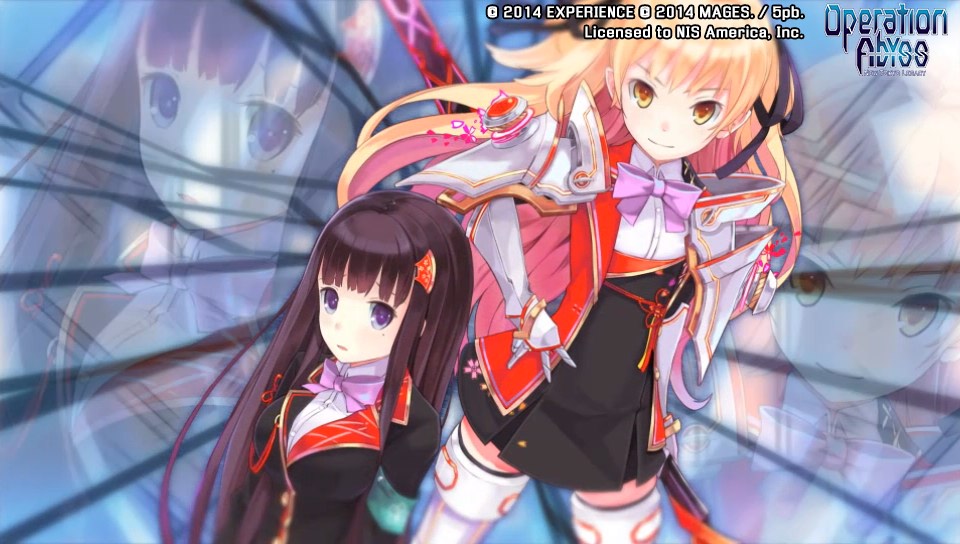 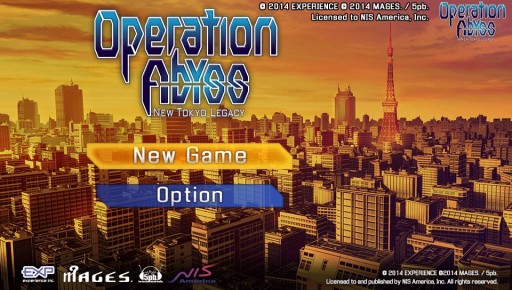 NIS America sent us a preview disc of their upcoming PS Vita exclusive dungeon crawling RPG Operation Abyss: New Tokyo Legacy and we went on a short journey through the underground tunnels of New Tokyo.

Find out what we thought about it after the jump, and check out a bunch of new screenshots we uploaded for your viewing pleasure.

You start the game by choosing between two modes. The Basic Mode is recommended for everyone and has limited customizations. You pick your favorite portrait and then build your character. The Classic mode is more in-depth and allows you to equip different parts to customize your character. 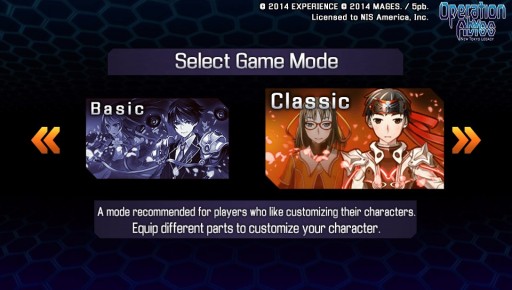 Once you start the game, it wastes no time throwing you into a dungeon and introducing you to the evil that lurks below as you stumble upon a gruesome scene of death and dismemberment. Zombie creatures start lumbering towards you and a dragon enters your path. Luckily for you a young woman shows up and goes after the dragon, countering its attack and sending in away with its tail between its legs. This young woman then greets you and introduces herself as Alice Mifune, Captain of the Xth Squad.

She then leads you to your school, Hinowa Academy, where students range in age of the elementary ranks and on up to college kids. Once there, you are taken into an elevator and travel underground to a secret area of the school where the Xth Squad trains. The Headmaster of the school, Kenichi Kanzaki, introduces himself and reveals he is also the director of this secret organization and you and the room full of candidates have all been selected to try out for the Xth squad. 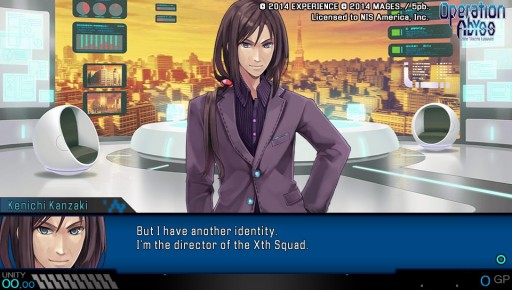 You find out that Tokyo is under the constant threat of Variants, genetically engineered monsters, and the emergence of portals leading to a mysterious dimension called the Abyss.The government has established the Code Physics Agency to investigate this mysterious phenomena and the Xth Squad, a unique group of teens modified by the CPA’s Code technology, must evade traps, face down powerful monsters, and investigate the mystery behind the Abyss.

Before your actual training can begin, you and your selected group, now called the Abyss Company, are sent out on an emergency mission, with Alice Mifune promising to teach you and protect you with some on-the-job training. Using a menu map system, you navigate your way through areas of Tokyo and speak with people that might have useful information for your investigation. Once you’ve exhausted all areas of your above-ground investigation and interrogation, it’s time to head down below and see what you can find in the sewers.

Once you start dungeon crawling you are introduced to the different types of areas in a dungeon, and some of the traps you’ll have to look out for. From blacked out areas where the on-screen map is your only guide, to a directionally challenged area that can confuse the hell out of you, the dungeon crawling can get you lost in a hurry, and bad guys can pop up anywhere.

When you do stumble across a group of bad guys, the turn based battle system is pretty easy to use with each character you have in your group having a menu system based on what they do best. They can attack or guard, or use items you may have picked up to replenish health and such. The battle system is simple and straightforward and that’s a good thing when  you have a large number of characters in your group. 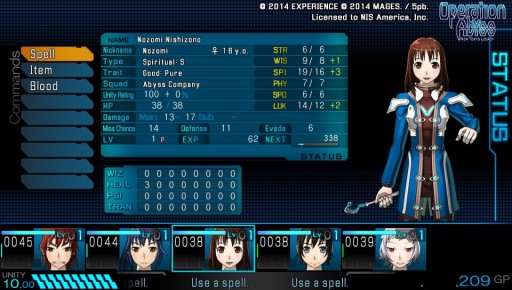 We won’t get anymore in depth with the game at this time, but stay tuned for our full review as we approach the release date and get to play all the way through the campaign. There is a lot of fun to be had here, and we are really looking forward to spending hours in the underworld of Tokyo.

Operation Abyss: New Tokyo Legacy, is arriving exclusively for PS Vita with a release date of June 9, 2015 for North America and June 5, 2015 for Europe! The title will be available as both a physical and digital release.

Fight through the Abyss and battle against the Variants—but only if you dare!

Robust Customization System: Recruit and train a unique group of six Xth members to venture into the Abyss. Customize each member from one of ten distinct Blood Codes. Each Xth member’s appearance, class, personality, morality, and stats may be molded to the player’s preference.

A Unique Sci-Fi Story: Dive into the unique dungeon crawler setting of Operation Abyss and lose yourself in the gorgeous world, featuring real-life locations rendered by Tetsu Kurosawa and Oxijiyen. A gripping story blends heavy sci-fi elements with a setting to give the game a unique feel.