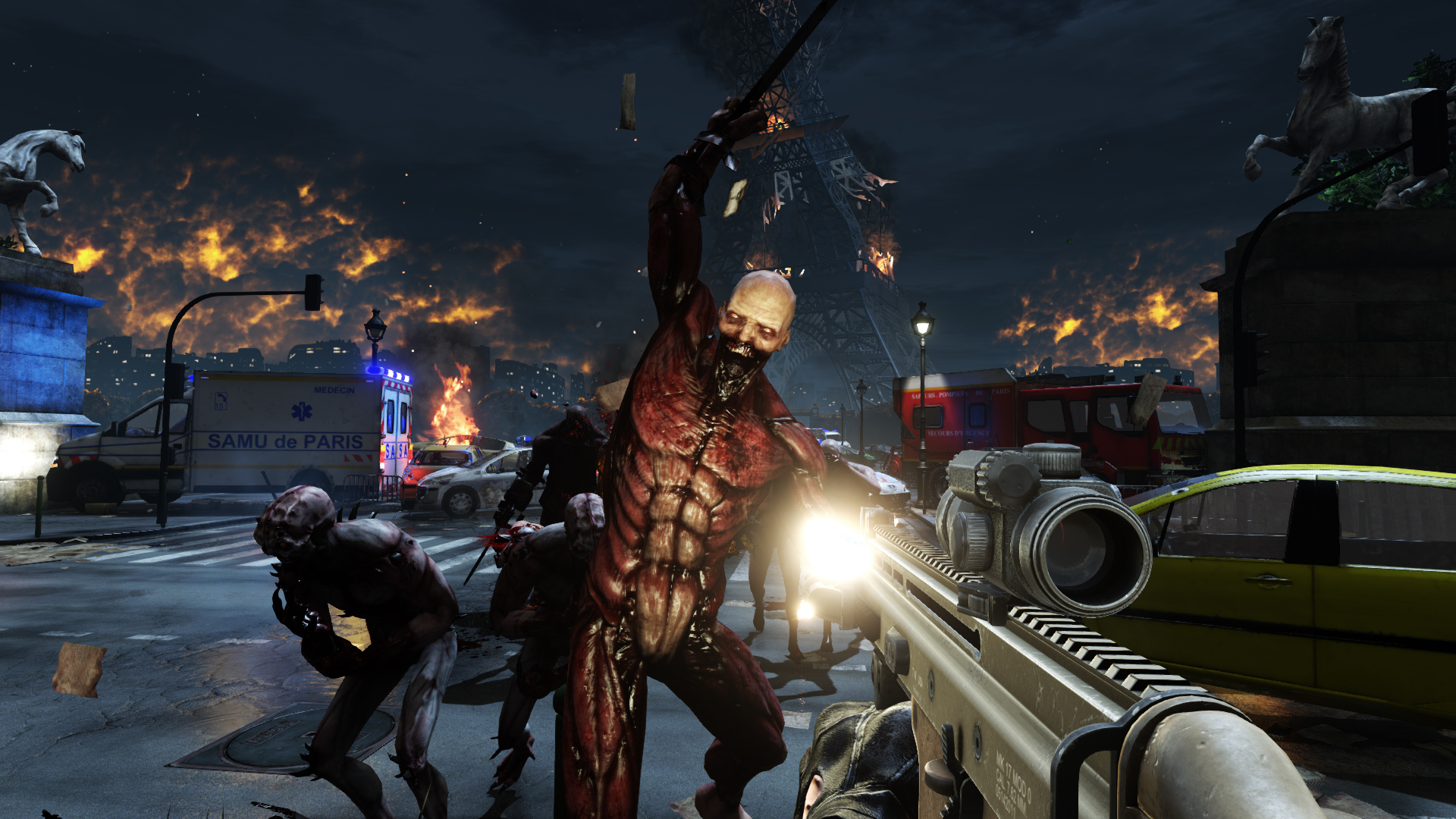 During the Early Access period on Steam players will be able to dive into a fully functional, highly polished subset of KILLING FLOOR 2 content, including:

Tripwire is known for listening to and engaging with their fans and it will be no different with KILLING FLOOR 2. During the Steam Early Access period the team is excited to garner real-time feedback from its loyal community and brand new players, in order to continue to hone and refine the gameplay experience to provide the best possible experience for the full official launch.

In KILLING FLOOR 2 players descend into continental Europe where the outbreak caused by Horzine Biotech’s failed experiment has quickly spread and gained unstoppable momentum, essentially paralyzing the European Union— Just one month after the conclusion of the events in the original KILLING FLOOR, the specimen clones are everywhere and civilization is in disarray; communications have failed, governments have collapsed, and military forces have been systematically eradicated. The people of Europe know survival and self-preservation too well and lucky survivors have gone into hiding.

Not all have given up hope though… A group of civilians and mercenaries have banded together to combat the outbreak and established privately funded operation bases across Europe. Upon tracking specimen clone outbreaks, players will descend into zed-laden hot zones and exterminate them.

KILLING FLOOR 2 is developed and published by Tripwire Interactive for the PlayStation®4 computer entertainment system, PC and SteamOS, and is slated for release in 2015. This title has not yet been rated by the ESRB, but Tripwire Interactive anticipates a rating of “M” for Mature.

Based in Roswell, Georgia, Tripwire Interactive is an entertainment software developer and publisher founded in 2005 by the award-winning mod team and winners of the 2004 edition of the “$1,000,000 Make Something Unreal” competition.  Based in Roswell, Georgia the team released Red Orchestra: Ostfront 41-45, to both critical and commercial success, garnering several awards including “Multiplayer Game of the Year” and “FPS of the Year”. This was followed by the immensely popular Killing Floor, which went straight to the top of the best-seller list on Steam and has now sold over 2m units, making it one of the best-selling PC games of all time. Red Orchestra 2 was released in September 2011, to high praise and PC Gamer’s award for “FPS of the Year (Multiplayer)” followed by Rising Storm in May 2013 (“one of the best military FPS games I’ve played” – IGN) which won PC Gamer’s 2013 Multiplayer Game of the Year. Along with publishing other Indie titles, Tripwire Interactive continues to build a reputation for strong support for all their titles over a prolonged period of time. For more information visit Tripwire Interactive’s website at www.tripwireinteractive.com.